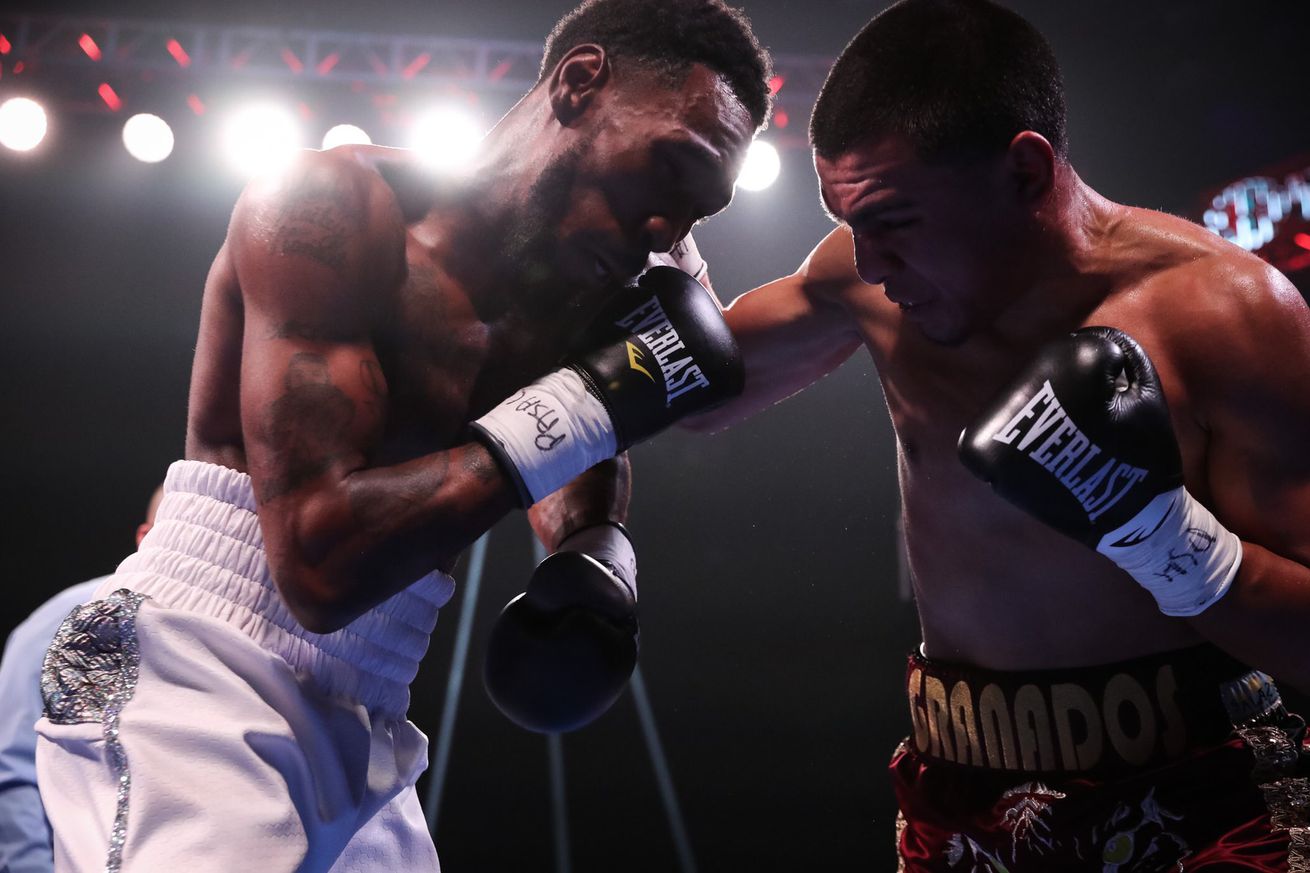 Robert Easter Jr won by wide scores, but there was plenty to debate in a grueling fight.

Former lightweight titleholder Robert Easter Jr got the duke in his move up to 140 pounds tonight, and for Adrian Granados, it was the same old story: he did enough work to argue for a win, and the judges didn’t see it.

Official scores were 97-93, 98-92, and 100-90, all for Easter, and the latter score being particularly repulsive. Bad Left Hook scored the fight 97-93 for Granados, preferring his pressure and activity to arguably the sharper work from Easter, while Showtime’s Steve Farhood scored if 97-93 for Easter.

Scoring the fight for Easter, even at something fairly wide like 7-3 or even 8-2, isn’t the worst thing. You can argue a win for the Ohio native, who improves to 22-1-1 (14 KO) with the win, because it might well depend what you preferred. Admittedly, I have a bias toward pressure styles and volume punching like Granados’, and I understand that, so I’m not upset about the winner necessarily. I disagree, but I’m not losing sleep over it.

But when one of the cards is a 10-0 shutout in a fight where Granados (20-8-2, 14 KO) had at least two or three clear rounds in his favor, that gives you the feeling that nothing Granados could have done short of knocking Easter out was going to be good enough for that judge, in this case John Poturaj of New Jersey.

Granados has been in this same type of position in losses to Felix Diaz, Brad Solomon, Adrien Broner, and Shawn Porter. He gets the chances, but no matter how well he fights, he does not get the cards. And obviously, at 30, he’s frustrated.

“Honestly, I’m speechless. I felt like I won the fight,” he told Showtime’s Jim Gray. “I don’t really got no complaining to do. It seemed like they already had a victor. That 100-90? Come on now.”

“I’m tired of the same old story,” he added. “I know I’m gonna hear it from the boxing world, I’m just whining about another decision. It was clear I controlled the fight, it was clear I was the stronger fighter. He never had me hurt, I had him hurt multiple times. He’s a former world champion, he’s a good fighter. But that was embarrassing.”

Asked if he felt like a performance like this, coming off of a knockout loss to Danny Garcia in April, may have helped his career, he shrugged.

“I feel like I stay in the same spot,” he said. “What do they say? I’m the PBC punching bag or something like that. I’m very fortunate to have all these opportunities, but I can’t control the judging. It’s very frustrating. I have a dream to be a world champion, and it seems like it’s not coming out for me. But I’m not giving up, I have the heart of a champion.”

Easter, 28, shouldn’t get any of the blame here. All he did was fight his heart out, too, in a very entertaining scrap that reminded fans, hopefully, that he’s not always as boring as he looked in that dreadful style matchup earlier this year with Rances Barthelemy, which resulted in a fitting draw.

Easter complimented Granados’ performance, but said he now wants to face the titleholders at 140. At the moment, all four titles are held by two men: Josh Taylor (IBF/WBA) and Jose Ramirez (WBC/WBO), neither of whom are PBC fighters.

“He’s fought all the top guys and we knew he was gonna bring it,” Easter said. “It was a beautiful test for me. We can get stronger, and he was a hell of an opponent.”