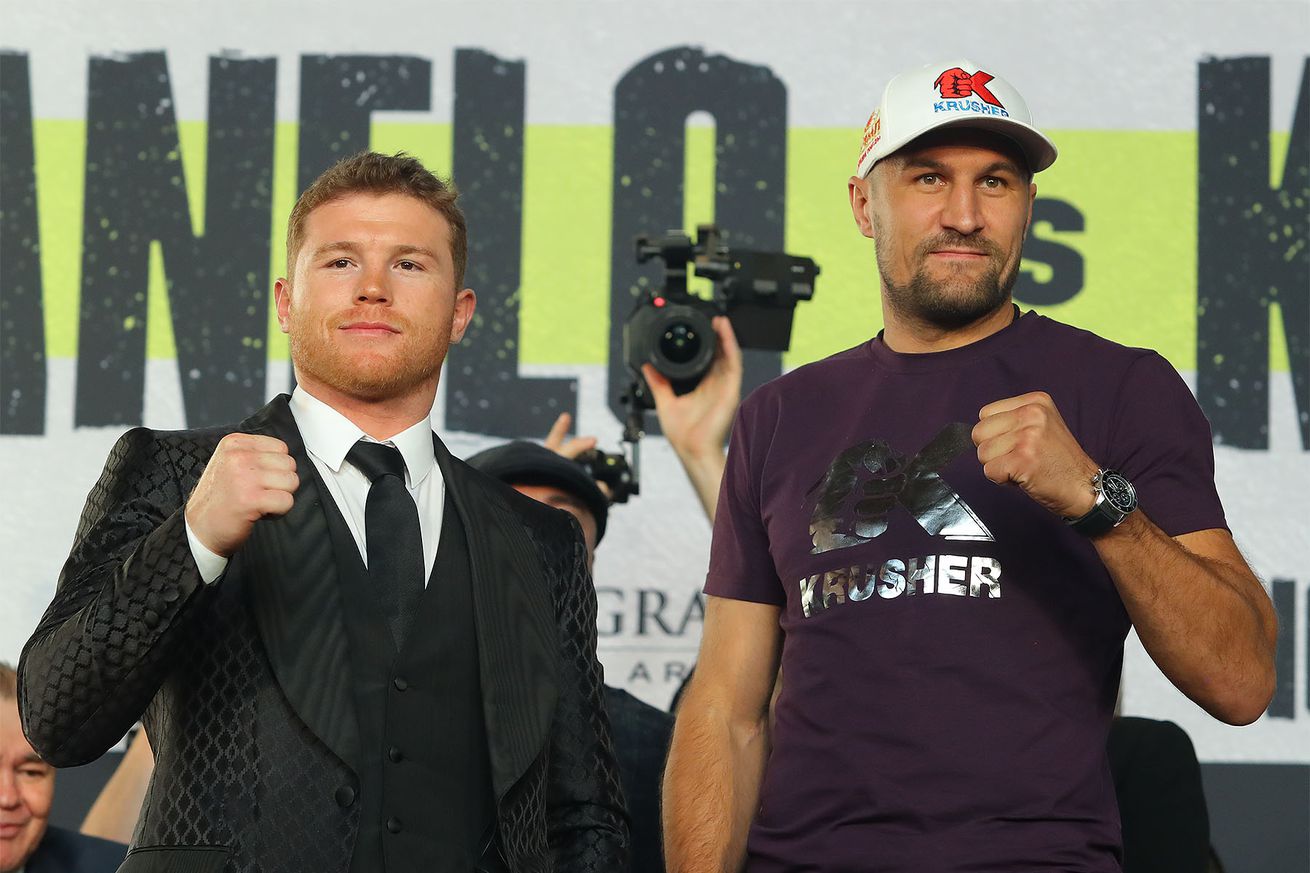 WWE Network, 1:00 pm ET, WWE Crown Jewel (Tyson Fury vs Braun Strowman). Much of my life is spent in a fresh hell battling for internet traffic. I have to contend with massive corporate sites that kinda-sorta care about boxing, their coverage of the sport shuffled off into their “other” listings, but it’s the sort of thing we can’t really contend with because those sites have massive traffic from their coverage of mainstream sports, too. It’s a losing battle but you have to keep fighting for every inch. So yes, we are going to have a live thread for those of you curious about Tyson Fury’s foray into pro wrestling. If I leech some cheap traffic off it, great for me, it’s gone the other way with boxing being used as traffic fodder on other sites plenty of times. WWE Network does have a free 30-day trial for those of you interested in checking out the silliness and seeing if Fury rolls his ankle or something. No idea exactly what time Fury’s match will go on, it’s being positioned third from the top but WWE shows don’t exactly go in order other than Brock Lesnar vs Cain Velasquez is almost certainly going on last. Also, these shows are L O N G. But we’ll be around. I expect little participation. It is, as they say, what it is. BLH will have live coverage.

DAZN, 5:00 pm ET, Canelo vs Kovalev weigh-in. More underpants, but this one with a look at how Canelo looks at 175 compared to Kovalev. BLH will have live coverage.

SHO, 10:30 pm ET, Xavier Martinez vs Jessie Cris Rosales, Richardson Hitchins vs Kevin Johnson, Mark Anthony Heraldez vs Kevin Newman II II, Rolando Romero vs Juan Carlos Cordones. A four-fight ShoBox, usually when one of these is planned something gets canceled during fight week, we’ll see. Rosales has lost three of four and is far more “showcase opponent” than “prospect really being tested opponent” in the main event, which ain’t the spirit of ShoBox, but life is unfair. Heraldez-Newman II is a rematch, that’s not a typo. He’s Kevin Newman II and he is in a II fight. Hitchins is maybe the best of the prospects here, and that is a different Kevin Johnson, not the heavyweight heavy bag or the old NBA shooting guard. BLH will have live coverage.

DAZN, 2:00 pm ET, Katie Taylor vs Christina Linardatou, Anthony Crolla vs Frank Urquiaga, Felix Cash vs Jack Cullen, Terri Harper vs Viviane Obenauf. Taylor, who fully (if controversially) unified at 135, is now moving up to 140 seeking more glory, facing Linardatou for the WBO title. Crolla’s fight is meant to be his farewell from boxing, at home in Manchester. Cash-Cullen is for the Commonwealth middleweight title, and Harper-Obenauf is for the IBO super featherweight title, if you’ve decided this week to care about the IBO for some reason. BLH will have live coverage.

DAZN, 6:30 pm ET, Canelo vs Kovalev prelims. Some good prospects set for action and the pro debut of Evander Holyfield’s son Evan, a junior middleweight. BLH will have live coverage.

ESPN+, 6:30 pm ET, Berchelt vs Sosa prelims. Standard Top Rank prelims, stuff like Javier Molina vs Hiroki Okada and Alex Saucedo vs Rod Salka and what have you.

DAZN, 9:00 pm ET, Canelo Alvarez vs Sergey Kovalev, Ryan Garcia vs Romero Duno, Seniesa Estrada vs Marlen Esparza, Blair Cobbs vs Carlos Ortiz. Obviously Canelo-Kovalev is a serious main event, a middleweight titleholder who also won a paper belt at 168 moving up to 175. Sergey Kovalev might not be what he used to be, but he’s a hell of a lot more imposing than Rocky Fielding when Canelo dipped a toe in at 168. The rest of the card is a good Thursday Night Fights series of bouts, which is fine, because Thursday Night Fights rules. BLH will have live coverage.

ESPN, 10:30 pm ET, Miguel Berchelt vs Jason Sosa, Jerwin Ancajas vs Jonathan Rodriguez. It’s a shame this world title doubleheader is going to be seen by basically nobody, similar to the Beterbiev-Kalajdzic card from May that went head-to-head with Canelo-Jacobs, but it is what it is, I suppose. Maybe the hope is that dumb people will channel surf looking for boxing and stop on this thinking it’s the Canelo card. Like that May 4 show, we’ll have shadow coverage, which means we’ll have a live thread up and I’ll have the show running, but our attention is obviously on the Canelo-Kovalev card. BLH will kinda have live coverage.

FS1, 10:30 pm ET, Brian Castano vs Wale Omotoso, Javier Fortuna vs Jesus Cuellar. We will not have live or shadow or any coverage of this. We don’t have enough people and the fights aren’t big enough to sacrifice further attention. Sorry.