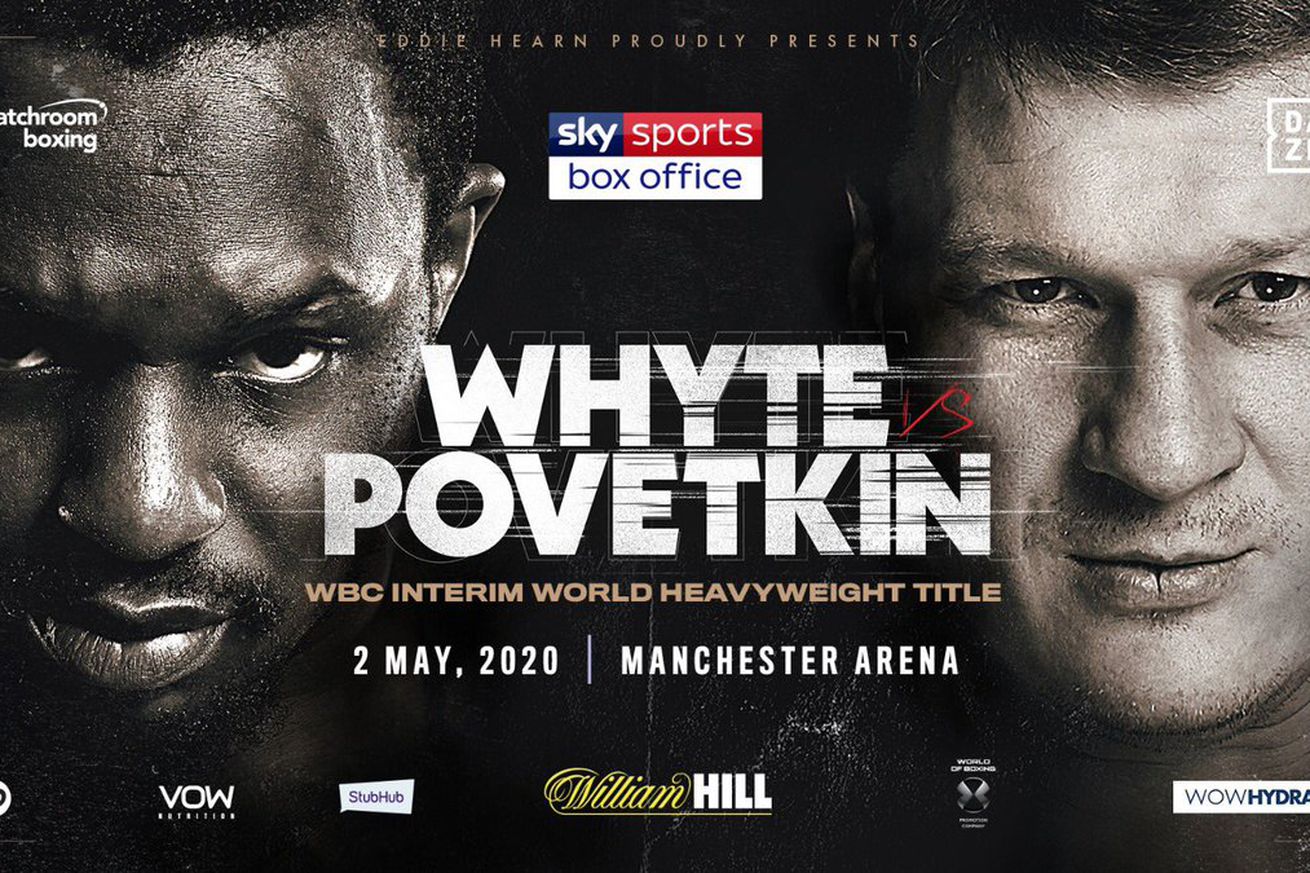 Whyte (27-1, 18 KO) has won 11 straight since falling to Anthony Joshua in 2015, beating the likes of Dereck Chisora, Joseph Parker, and Oscar Rivas along the way. That last win was not without controversy, however, as Whyte failed a drug test beforehand and Rivas’ team was not informed. Though UK Anti-Doping ultimately cleared “The Body Snatcher”/”The Villian”, he clearly didn’t enjoy the process, coming in overweight and underperforming against Mariusz Wach in December.

“This is a great fight, Povetkin is an Olympic gold medallist [sic], has loads of experience, he’s a former World Champion and he’s only lost to Joshua and Klitschko,” said Whyte. “He is still very dangerous, he gave AJ a lot of problems and then beat Hughie Fury. I am not overlooking him at all, he will come in shape, he’s tough and very well-schooled.

“You only have to look at his resume to see that he’s always been considered as one of the most fearsome punchers in the Heavyweight division with big KO wins over Huck, Charr, Takam, Wach and Price. He showed in Saudi Arabia that he still has a lot left in the tank and he is still very dangerous. I’ve got respect for him but I’m on to maximum violence, straight animal instinct.

“I want to be Heavyweight Champion of the World so anywhere in the world is my lion’s den. If you aspire to be World Champion, you should be able to fight anywhere. Manchester is a great city with great fight fans and I’m looking forward to going back there.”

Povetkin (35-2-1, 24 KO) saw his own five-year unbeaten streak crash to a halt at Anthony Joshua’s hands back in 2018, though he certainly gave a good account of himself. He returned a year later to take a decision over Hughie Fury and fight Michael Hunter to a competitive draw.

Also, for the record, he beat Huck by questionable decision, not KO.

“I am pleased to fight Whyte, it has long been discussed but didn’t happen for whatever reason,” said Povetkin. “Dillian is a good strong boxer and it will make for an interesting fight. I am not about big announcements, I am about winning in the ring, and on May 2nd people will see a spectacular fight.”

As far as the belt, it guarantees its owner a crack at the full WBC title by February of next year.

Unfortunately, this card will almost certainly conflict with Josh Taylor vs. Apinun Khongsong on ESPN+. That’s not exactly a hotly anticipated tussle, but still.