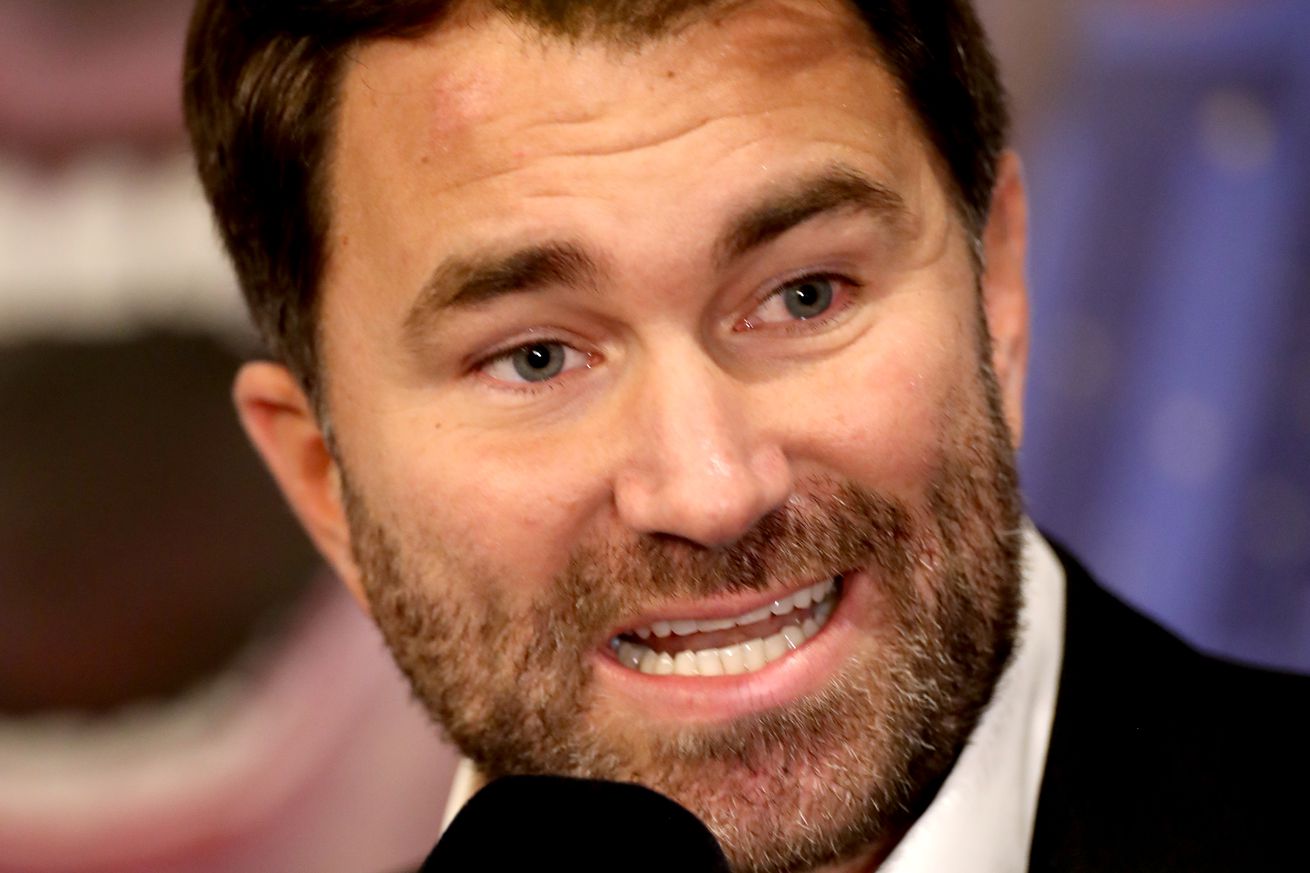 Hearn continues to say his priority is to stage an undisputed heavyweight title unification.

As things currently stand on the heavyweight scene, unified titleholder Anthony Joshua will be making an IBF mandatory title defense against Kubrat Pulev in June while WBC champion Tyson Fury will once again rematch Deontay Wilder for the green belt. With Fury-Wilder 3 also being targeted for this summer, the schedules align for an end of the year meeting between whoever’s left standing with the belts.

Current expectations are that Joshua will handle Pulev fairly easily, and with the way Fury dominated Wilder recently I’m sure most will expect him to pull out that third fight as well. So with Matchroom promoter Eddie Hearn looking down the line a bit, he says he’s already engaged with Tyson Fury’s team to stage what would be an undisputed heavyweight title unification in December.

“There’s no reason not to get that contracted now, subject to both guys winning in the summer. The undisputed fight must happen in 2020.

“Joshua and Fury are certainly going to be boxing twice [or a] trilogy,” Hearn said. “That’s part of the deal that we are looking to do ASAP - a two-fight agreement with Fury and Arum at the end of this year then summer 2021.”

That the sides are engaging each other in discussions is a promising sign at this point, but this is boxing and a lot can happen between now and December. But here’s hoping for the best...