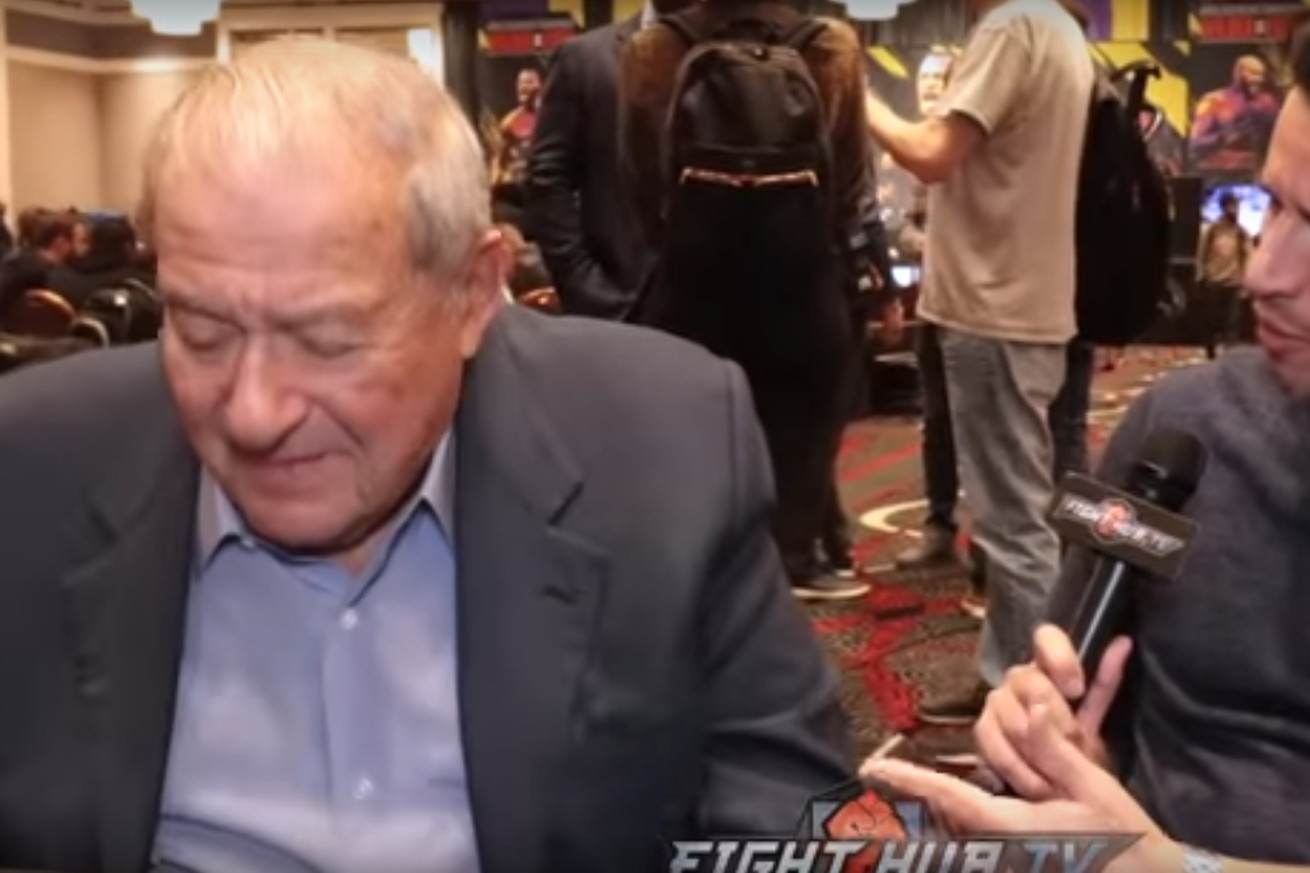 With Mikey Garcia back in the win column following his win over Jessie Vargas, the fighter said he be willing to take on some of the top fighters no matter their promotional affiliations, including Top Rank’s Josh Taylor. Well, when Marcos Villegas of Fight Hub TV sat down with Arum to gauge his interested, he ended up storming off at the mere thought doing business with him.

“As far as I’m concerned, Mikey Garcia should just forget about it, because the money that Mikey Garcia wants is obscene and he’s not worth it,” Arum said. “He can’t draw anything and let him stay with Eddie Hearn who will squander a lot of money on him.

“Money is money, I know what a fight can bring in. I’m not in a position, nor want to be in a position as Eddie Hearn was with DAZN, squandering other people’s money, accomplishing nothing. That’s not my business.”

A disgusted Arum then abruptly stood up and walked off with the lingering thoughts of Mikey Garcia imprinted on his psyche...

I guess that rules out Terence Crawford too.