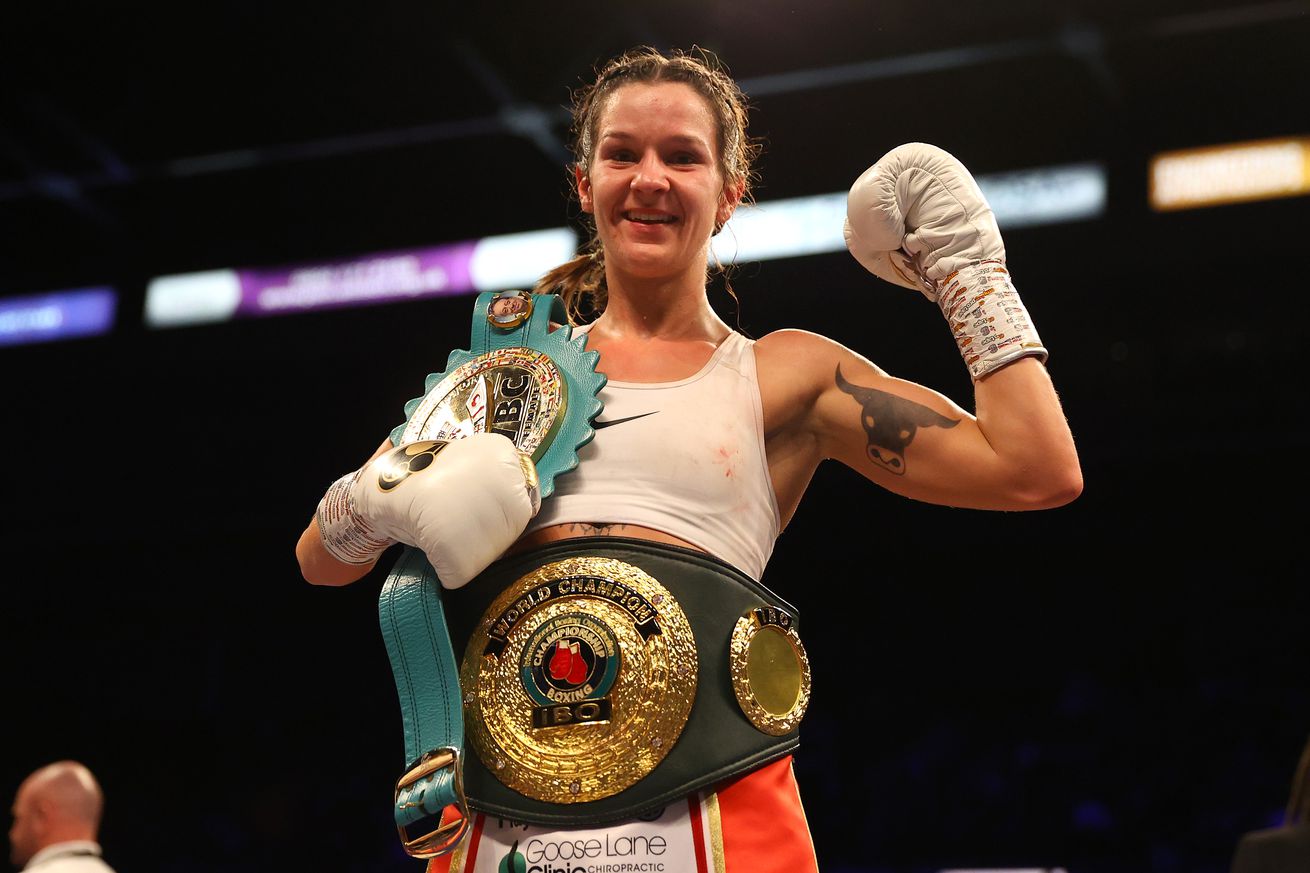 Harper will put her WBC belt on the line at the Doncaster Dome.

WBC junior lightweight titleholder Terri Harper will make her first defense on Apr. 24, defending against Natasha Jonas in a DAZN and Sky Sports main event from the Doncaster Dome.

The 23-year-old Harper (10-0, 5 KO) was impressive in her Feb. 8 win over long-reigning titleholder Eva Wahlstrom, and now will take on the 35-year-old Jonas (9-1, 7 KO), a standout amateur who fought at London 2012, where she lost in the quarterfinal round to eventual gold medalist Katie Taylor of Ireland.

Jonas has already suffered a pro setback, stopped in the fourth round by Viviane Obenauf in Aug. 2018. She’s won three straight low-level fights since then. Harper fought Obenauf last November, winning a wide 10-round decision.

“Natasha had the loss against Viviane Obenauf but we’re not overlooking her, because one loss doesn’t define you as a boxer,” Harper said. “She’s going to come and try and get the win, so we’ve got to train really hard for this and be prepared for the best Natasha.

“There’s a bit of pressure on me as I’ve just won the WBC belt, and I don’t want to lose it on my first defense. I’m going to train like I haven’t even won it yet. I haven’t had much time to sit back and think about it all, it’s been very hectic but it’s time to get back to the serious training next week.”

“I’m not going to give away any game plan and I’m sure she thinks she’s seen weaknesses in me, too, but I won’t really talk about her weaknesses,” Jonas said. “It’s more about my strengths. If I enforce what I’m best at then what she’s good at won’t be relevant.

“This means everything. I got back into the professional side of boxing because I think there were things I didn’t achieve as an amateur that I wanted to. I’m trying to do so as a pro so I can say I’m happy with what I did. It’ll be tough. It always is. This is a tough sport. I just think I can do it. It’ll be a dream come true.”

Harper said she’s hoping to look toward unification at 130 if she beats Jonas.

“Hopefully we can start looking at other world titles after April 24, but I just want to keep on enjoying what I’m doing, getting the wins, getting the experience under my belt and pushing forward. I want to be fighting the best girls out there and challenging myself.”