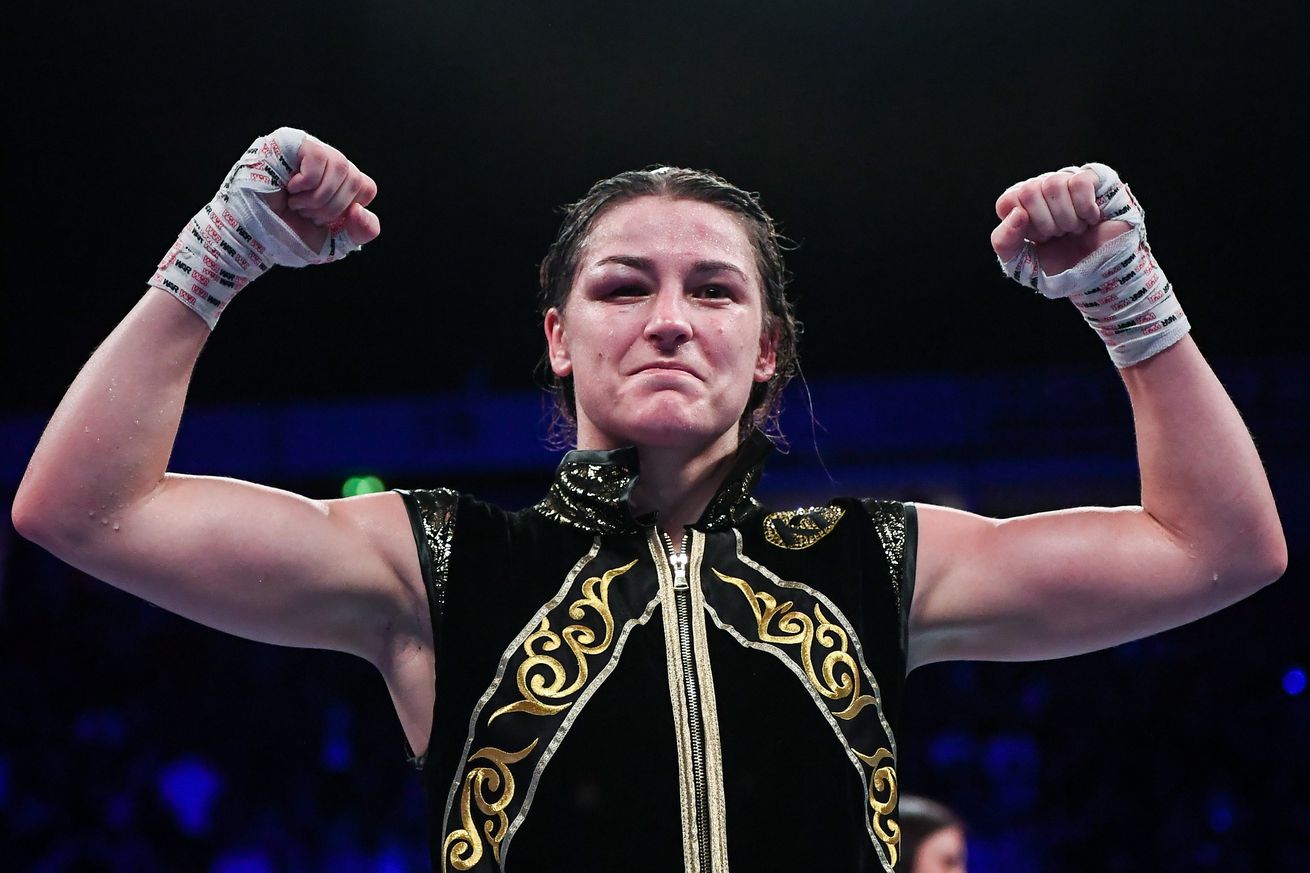 Both women are multi-division champions

One of the best possible fights in women’s boxing will hit the DAZN airwaves in just two short months. ESPN reports that a clash between undisputed lightweight queen Katie Taylor and seven-division champion Amanda Serrano has been “finalized” and will join the May 2nd Manchester card headlined by Dillian Whyte vs. Alexander Povetkin.

The article does not say at which weight class it will be contested.

Taylor’s (15-0, 6 KO) stellar amateur career saw her claim five consecutive world championships and a gold medal in London; she made the jump to the professional ranks after a quarterfinal finish in Rio, quickly establishing herself as a genuine star. Her path to lightweight dominance included victories over Jessica McCaskill, Eva Wahlstrom, Rose Volante, and Amanda’s sister Cindy, though she was fortunate to overcome Delfine Persoon for the WBC belt last June.

She successfully debuted at 140 pounds five months later with a decision over Christina Linardatou to claim the WBO title.

Serrano (38-1-1, 28 KO) took just 35 seconds to demolish Eva Voraberger for the WBO super flyweight title in January of 2019, becoming the first woman to win major belts in seven different divisions. She returned to featherweight to run over Heather Hardy, reclaiming the belt she vacated in 2016, and started off 2020 with a gimme win on the Farmer-Diaz undercard.

Persoon still deserves a rematch, but damn if this isn’t a great fight.