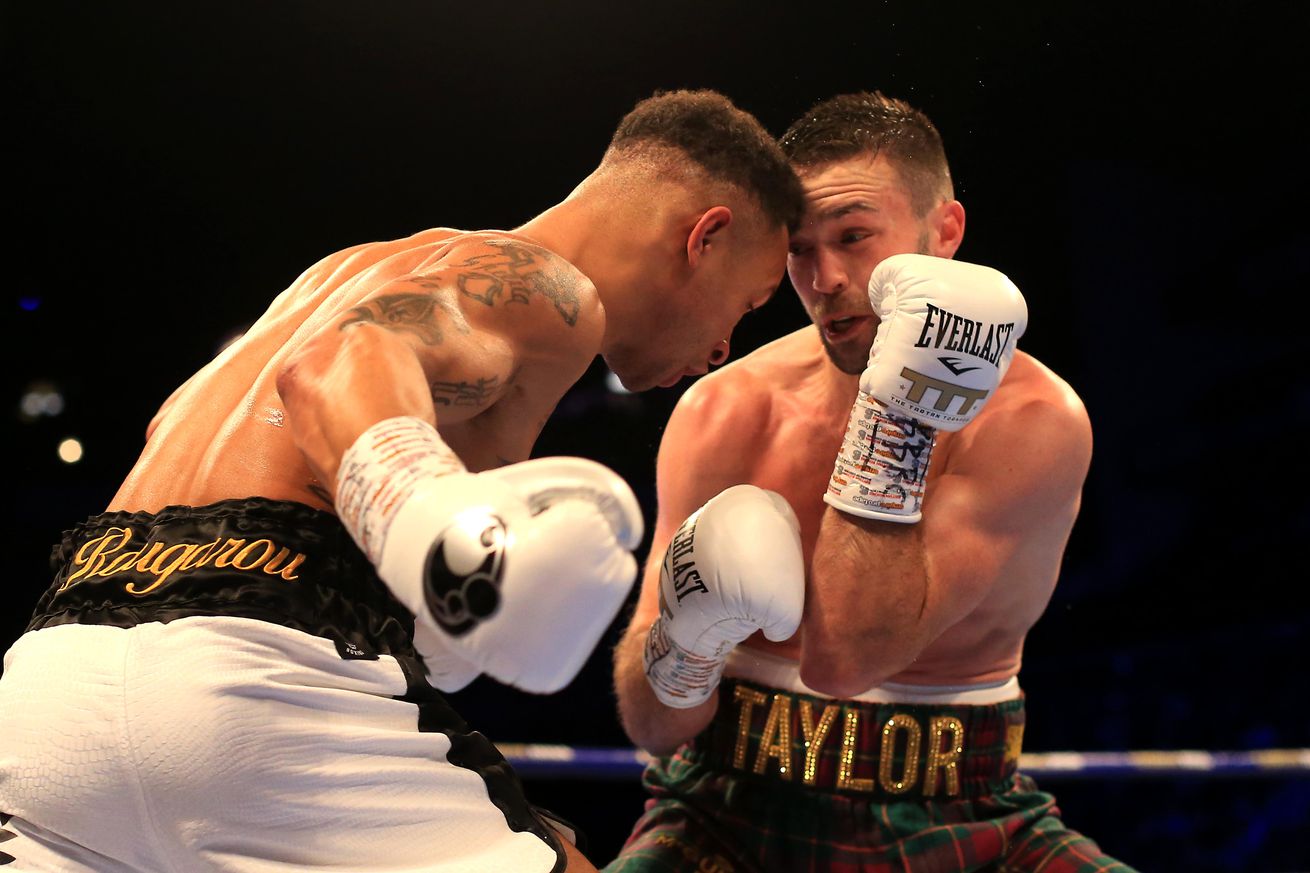 The junior welterweight WBSS final was the perfect advert for a sport which continually divides opinion.

“All the tactics and boxing went out of the window; I just had to fight on instinct, heart and determination because I couldn’t see,” Josh Taylor told iFL TV in the aftermath of Saturday’s fight. On the banks of the River Thames, the “Tartan Tornado” had just outpointed a gallant Regis Prograis to add the Muhammad Ali Trophy, WBA and Ring Magazine titles to his IBF strap in a statement of intent amongst the division’s 140-pounders.

It was one for the purists: two athletes at the peak of their powers attempting to solve each other’s puzzles while simultaneously keeping their own a mystery. Void of fabricated narrative, embellished to squeeze a couple more pay-per-view buys over the line, Taylor and Prograis produced a 36-minute advert for our sport in one of its most significant hours of need.

Elusive feints, burnished upper body movements and a fiery, pin-point jab from the away fighter were countered by thudding bodywork, intelligent distance and an eye for roughhousing from the Scot, as two unbeaten fighters opened their toolboxes for the world to see. The multitude of trinkets and accolades up for grabs soon became a materialistic sub-plot, as the lucky thousands in attendance became intoxicated by an absorbing contest of brain and brawn.

Spence-Porter, GGG-Derevyanchenko and Beterbiev-Gvozdyk; we’ve had a stellar run of action over the past couple of months. The best in the business putting their careers on the line to achieve greatness in contests that can be defined by the smallest of margins. Taylor and Prograis now top this list, with their gentlemanly conduct, respect for the art and unforgiving competitiveness impossible to overlook throughout the weeks that bookend the fight.

We saw the men behind the fighters. A refreshing change to the monotony of a majority of fight weeks.

Despite moments of spikiness between the pair in fight week, Taylor and Prograis’ exchanges always appeared glossed with authenticity, as their personalities began displaying their love of the sport. “Rougarou” allowed us to peek behind the mask of his machismo facade. Gushing with adoration for some of boxing’s most esteemed writers, the American would cite Donald McRae’s work as some of his favourites, alluding to a library of boxing stories stored between his ears.

Taylor would acknowledge his heritage by speaking fondly of former undisputed lightweight champion Ken Buchanan. With the famous Ring Magazine belt draped over his shoulder in the backstage area of the O2 Arena, Taylor expressed his desire to celebrate with the 74-year-old: “I’ve not seen him for a wee while but he comes into my old amateur gym at Lochend quite often. I will be able to go back and see him and give him these belts and say: ‘Look, I’ve done this for you — I’m just like you, champ.’ I can’t believe it.”

As well as the inspiration of Buchanan, Taylor was also fighting for his father-in-law who sadly passed away last month. “Do this for Jimmy, do this for Jimmy,” he would tell himself during the fight, with the Happy Mondays’ “Step On” ring walk a tip of the hat to James Murphy.

As the final bell rang inside the giant tent of the arena, both men embraced out of exhaustion and respect. Together they had put everything on the line for our entertainment, suffering for their art. A picture surfaced the morning after with the pair posing for a photo with matching bruised and bloodied right eyes; they’ll forever look back on Saturday night as the night they both found their perfect dance partner.

Last night we tried to beat the shit out of each other and now we all good. Congratulations to @joshtaylorbox1 . You’re one hell of a fighter. Can’t wait to see what’s next for you and maybe a rematch later down the line. This is why I love the sport of boxing! Thank you the UK fans for welcoming me and showing me so much the love. I ll be back!! ⚜️ #PrograisTaylor #MuhammadAliTrophy #Rougarou #RougarouShit #TeamRegis #WolfPack #ChurchillManagement

Both fighters will travel their paths in the years that follow and us fans already have half an eye on next weekend’s return of Canelo. Yesterday’s news will be today’s fish and chip paper as the wheels of the sport continue to turn; however, it may be some time before we enjoy the perfect recipe that Saturday night delivered. The organic ingredients of Prograis vs Taylor combined to leave a lasting taste in the mouth of fight fans across the world.

A perfect storm in London ultimately developed into a “Tartan Tornado”, and a majority were blown away.