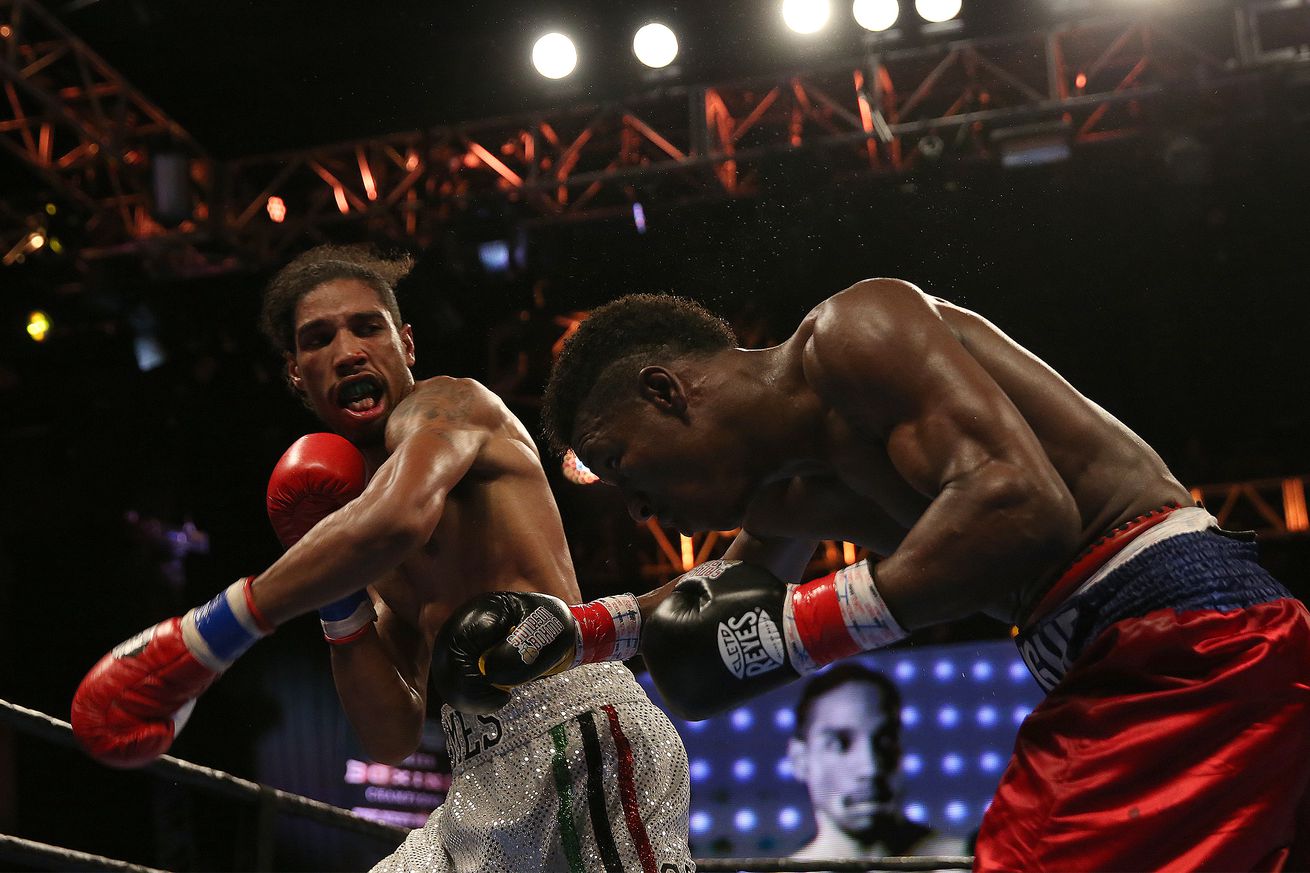 The fight will be James’ fifth straight at Minneapolis’ Armory

James (26-1, 12 KO) remains a solid contender despite being on the wrong end of Yordenis Ugas’ coming-out party in 2016. His current six-fight winning streak includes familiar names like Jo Jo Dan, Abel Ramos, Diego Chavez, and most recently Antonio DeMarco in this same arena.

Despite struggling to find that sort of consistency, Dulorme (25-3-1, 16 KO) has shown occasional flashes of excellence. He dropped Ugas and rallied late in his 2017 defeat and subsequently fought Jessie Vargas to a draw, again scoring a knockdown. Besmirched as it is by bogus hardware, this is a really solid fight, and a good way to cap off an evening that also includes Daniel Dubois vs. Joe Joyce.

Morrell (2-0, 2 KO), a stud amateur who amassed a 130-2 record in the unpaid ranks, turned pro last year under the guidance of Warriors Boxing. He’ll be making his super middleweight debut and competing in his first 10-rounder against Allen (22-0-1, 14 KO), who’s spent his 16-year career treading water against the likes of Darnell Boone, Nick Brinson, and Derrick Webster.

Spencer (10-0, 7 KO) is a 19-year-old PBC regular still looking for activity rather than major challenge.