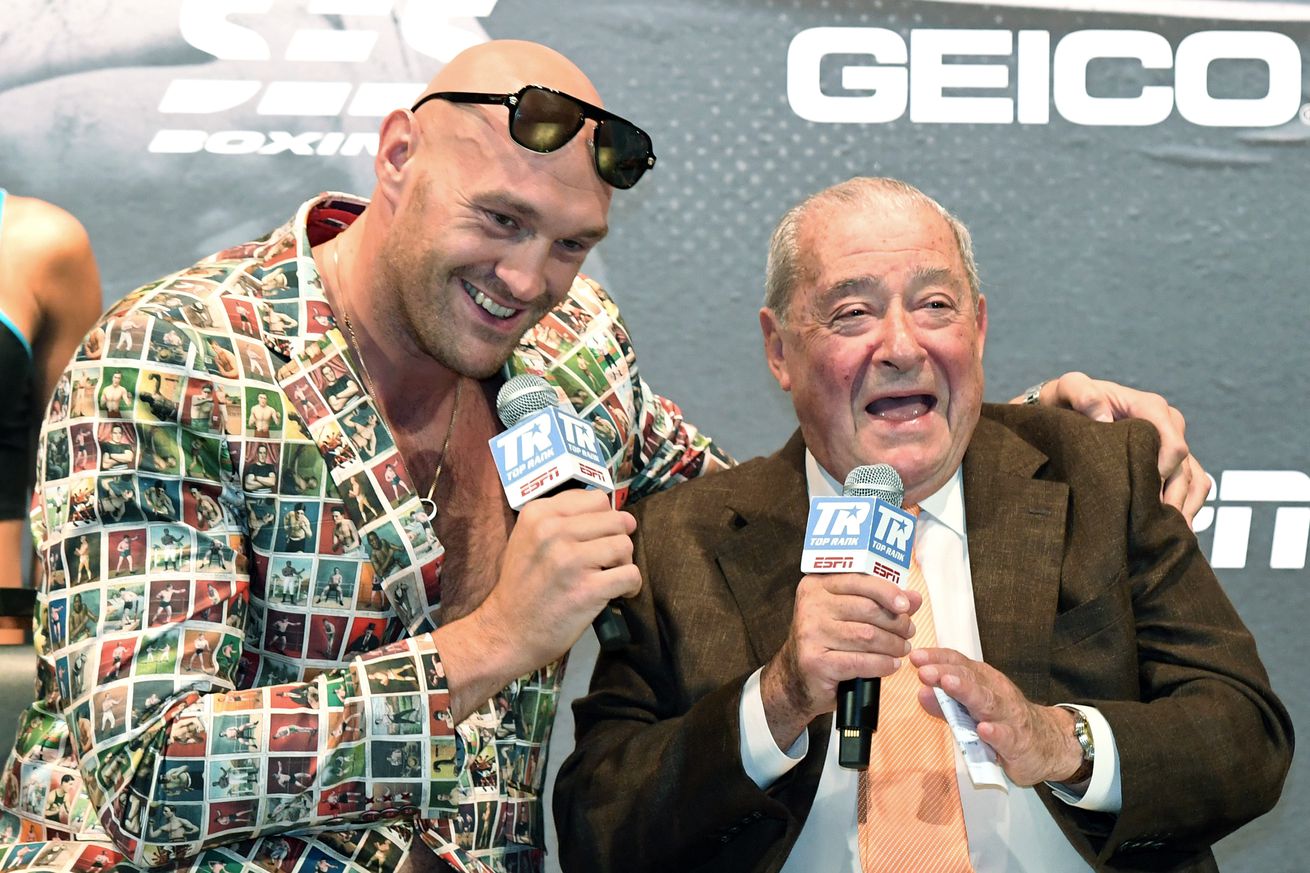 The Hall of Fame promoter gives an update on the Fury-Wilder situation.

Fight writers have changed some of their ways in this social media era, as compared to even just 10 years ago. One example: much more attention is paid to the business side of the sport than used to be the case, and keyboard tappers can get obsessive about PPV numbers, how a fight might perform, how it did perform.

Hey, readers pretty much dig it, it’s not like writers are simply being self-indulgent. I pondered this on Thursday while sitting with Ak at SiriusXM, filling in for Barak.

We chopped it up and touched on Wilder vs Fury 2 and the third fight, set for July 18. I wondered aloud, was Bob Arum happy with the result, from a PPV perspective?

So, I asked. Last night, I queried Arum, the 88-year-old Hall of Fame deal-maker, and touched on a few topics, including the Wilder-Fury 2 PPV numbers.

“Yeah, I’m happy with it, very happy,” the Las Vegas resident stated. “The way both networks worked together, I was happy with that, the results I was happy with. Listen, there was a switch, a huge switch. The number usually — we were used to getting all buys on Dish Network and cable networks, but there’s a new monster in the room, digital, they are now accounting for a huge percentage. Everything’s different, and it’s never going back.”

OK, it didn’t hit that two million mark, did that not bum Bob out?

“That doesn’t make me unhappy, I was being aspirational.”

He said a Fury vs Anthony Joshua fight would make good sense, but contracts, if they don’t make the world go round, keep things in place while the world turns. AJ has a gig, he’s contracted to meet Top Rank boxer Kubrat Pulev next and Deontay Wilder has opted to exercise his option, and look to boomerang back to the form he showed in the 2018 bout with the “Gypsy King.”

”I’ll be convening with Al (Haymon) and the PBC guys early next week,” Arum said, and details will be firmed up, a 60-40 split in favor of Fury.

Arum reiterated that working with the PBC peeps was for Wilder-Fury 2 was smooth, so he expects the same mood as they fill in blanks for July 18.

And Las Vegas as the site, is that set in stone, or nah?

“We are starting with a clean slate, I want to hear what they have to say,” the Brooklyn-born fight-crafter answered. “We’ll be finalizing the fight, it’s gonna happen, just need to fill in details.”