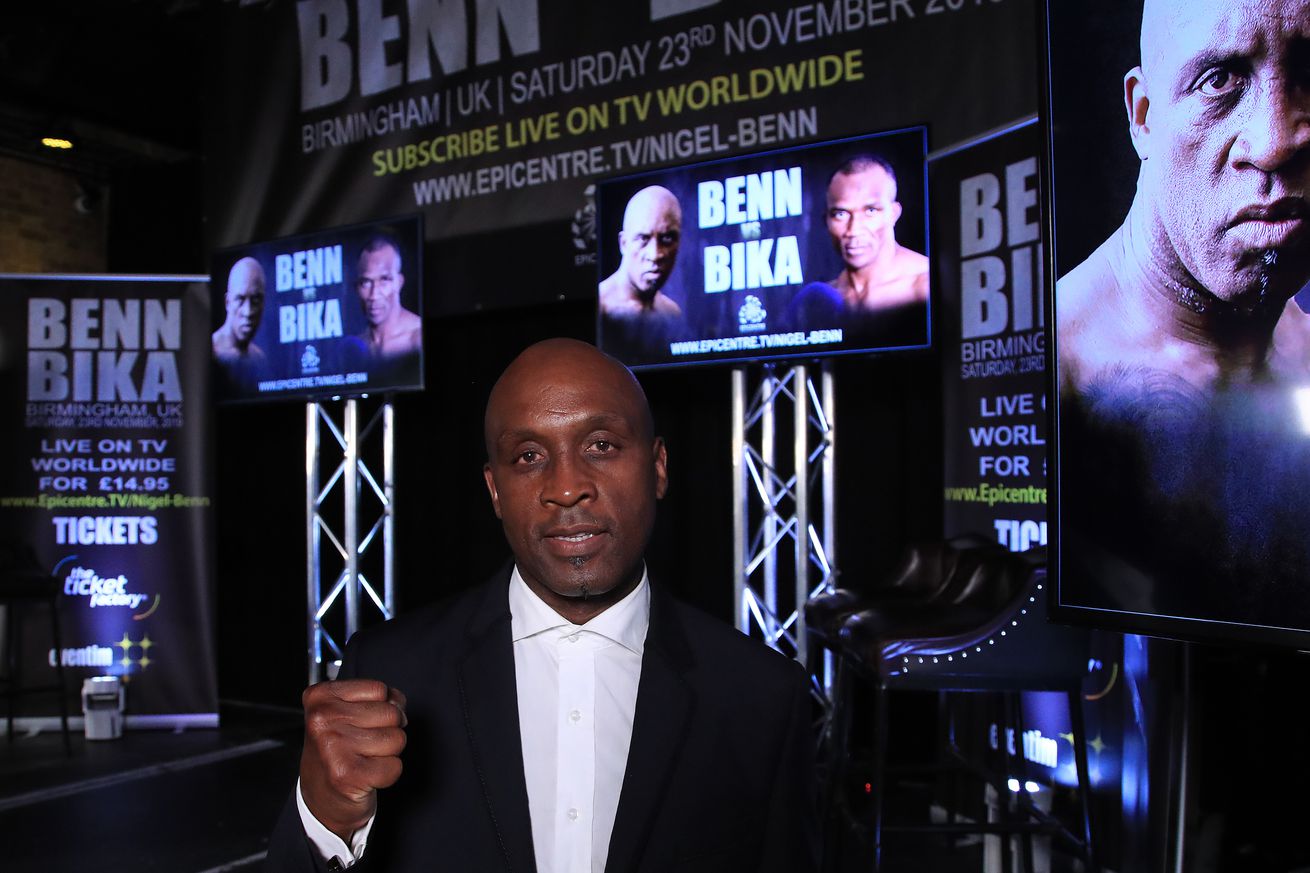 The fight was scheduled for November 23rd on pay-per-view

It’s rare in the sport of boxing for me to be happy about an injury, but I’ve found the exception. According to The Sun, a horrible publication that should be chastised and spat upon at every opportunity, Nigel Benn has injured his shoulder and withdrawn from his planned November 23rd comeback fight against Sakio Bika.

Benn, 55, had been building up to the fight with intense training camps but first felt issues in his shoulders last week.

And after admitting defeat, he told SunSport: “I have been dreaming of a one-off fight for years and I’m heartbroken I’ve had to call it off.”

It’s for the best, honestly. Benn (42-5-1, 35 KO) hasn’t fought in nearly 23 years, and though Bika has been out of action since 2017 and is long removed from his days as an elite fighter, “The Scorpion” is a downright mean mother[bad word]er who would have potentially done serious damage to the “Dark Destroyer.”

Coming back for “one more go” is only fine in non-combat sports and pure grappling. and we’ve already had enough tragedy this year to risk another one. Benn already has a fine legacy behind him, and hopefully this setback will prompt him to rethink this whole endeavor. Leave the fisticuffs to Conor.