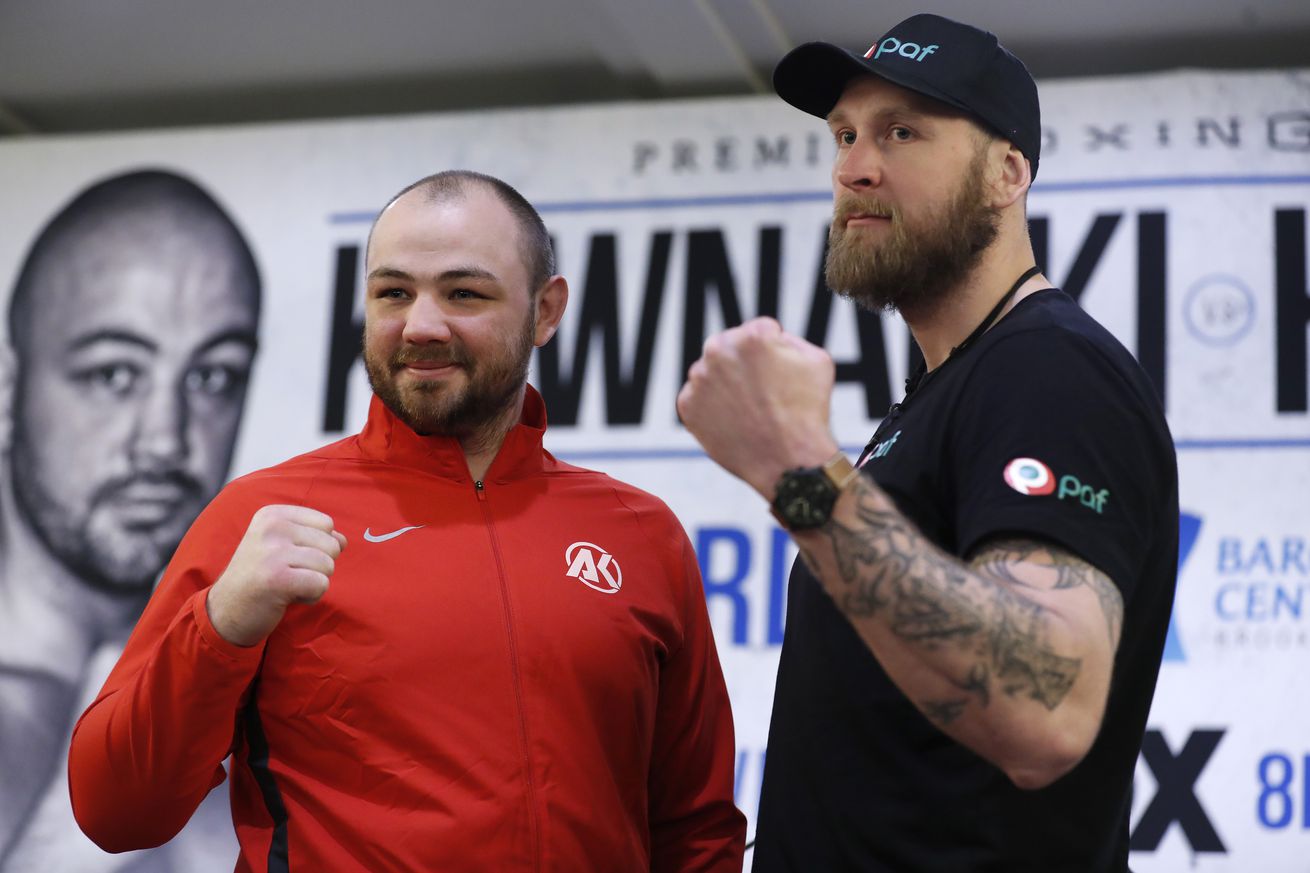 It’s a heavyweight main event this Saturday night on FOX. Who wins?

Our staffers make their picks for a winner.

Once upon a time the “Nordic Nightmare” appeared a heavyweight on the rise, a big guy with power and some skills who might be a problem in the next generation as the Klitschkos faded out. Then he got pretty well exposed in a robbery win over Dereck Chisora in 2011, the brakes got pumped hard, he had some injury issues that didn’t help any, and eventually five years later Johann Duhaupas knocked him out and he’s become another tall OK-ish guy in the division.

Helenius can still compete against the likes of Gerald Washington, but Gerald Washington isn’t very good. Kownacki probably has a fairly low ceiling, in all candor, but he’s been a fearless, round little action heavyweight so far. He’s fun to watch and he’s mostly smoked guys like Helenius, and should do the same type of job here. Frankly I expect him to start fast and never really slow down. Kownacki TKO-3

Some folks in boxing think Adam Kownacki has a chance to make some real noise at the top of the heavyweight division. Me, I’m still waiting for him to prove it - I just don’t think this is the fight to do it. Kownacki has a pretty lively Polish following and fights much better than he looks inside the ring, and I think his opponent Robert Helenius is pretty demonstrably on a level below Kownacki. Helenius has lost fights to Johann Duhaupas, Dillian Whyte, and Gerald Washington (two of those coming by way of knockout), whereas Kownacki has already established that he can win against that level opposition by beating the likes of Artur Szpilka, Charles Martin, Gerald Washington, and Chris Arreola. I’m not going to overthink this one and safely take Kownacki to score the next stoppage of Helenius. Kownacki TKO-5

I can just picture Scott thinking on the crew he’s gathered, the people who’ve dedicated huge chunks of their lives to the poetic art of burly men and women biffing each other upside the noggin, and saying to himself, “I’m going to make these assholes write about a Robert Helenius fight.”

Even the most charitable view of Helenius’ skills struggles to produce a hypothetical victory. He’s a step below the menagerie of mid-tier heavies that Kownacki’s already brutalized; not a skilled enough boxer to keep Kownacki at range and not durable enough to survive the high-volume, high-accuracy onslaught he can unleash in the pocket. “The Nordic Nightmare’s” got a sharper jab than Gerald Washington, so he might last a bit longer, but expect something of a repeat as Kownacki marches into the phone booth and brutalizes him from there. Kownacki TKO-4

This one seems a horrible match-up. Kownacki’s career is really stalling after hanging onto the promise of a Wilder title fight, with this latest step back coming against the limited “Nordic Nightmare.”

Helenius is very stiff and upright and Kownacki will be expected to find the necessary angles and heat to get through the low guard of the Finn. Helenius fights very square and will be caught off balance when “Babyface” loads up. I’m not sure this will last too long. Kownacki KO-4