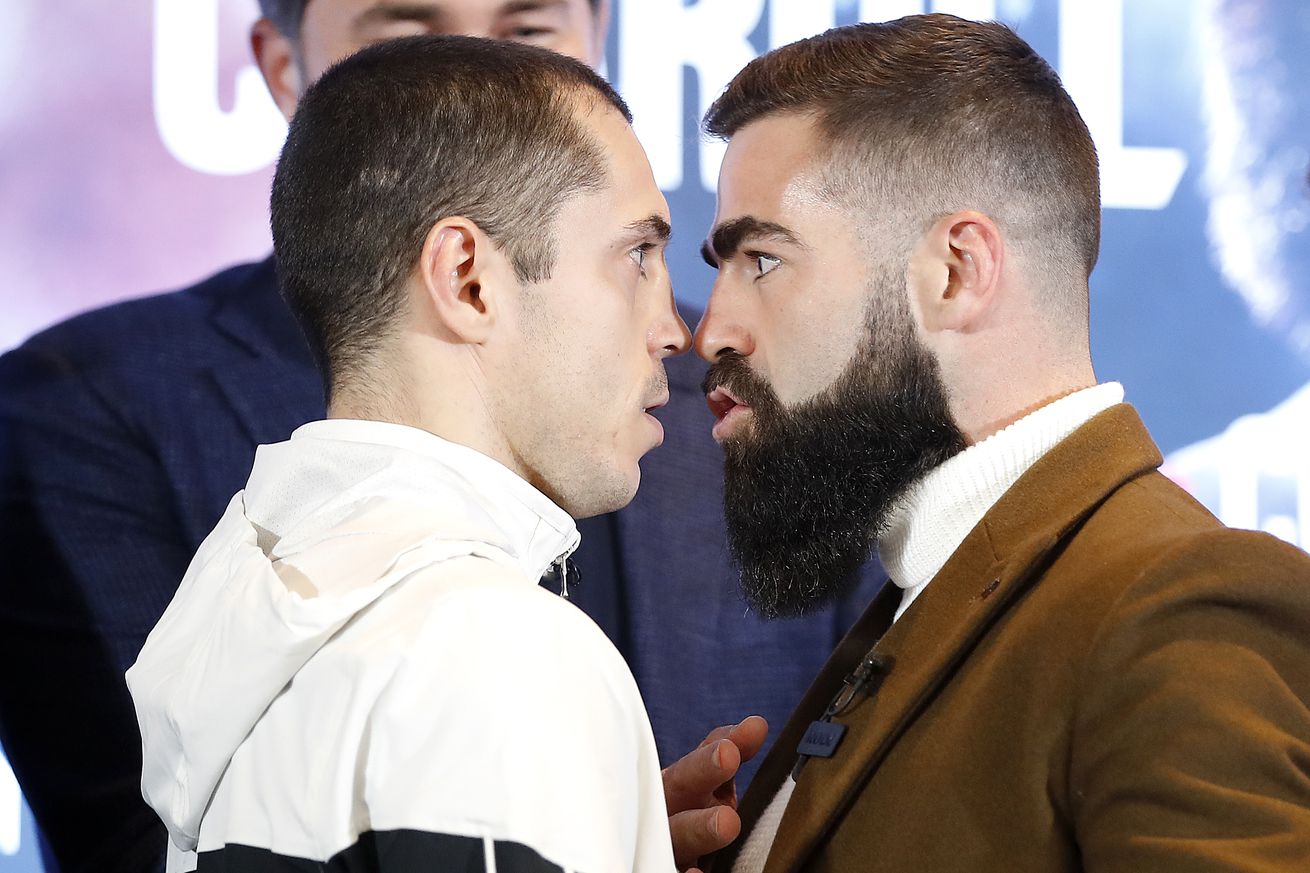 Today at 2 pm ET streaming live on DAZN in the United States and at 7 pm UK time on Sky Sports in the United Kingdom, Scott Quigg headlines in Manchester against Jono Carroll in a big 130-pound main event for both fighters.

The 31-year-old Quigg, a former titleholder at 122 pounds, has been out of action since Oct. 2018, suffering a pair of elbow injury setbacks in 2019, one of which canceled his original December date with the 27-year-old Carroll, a scrappy and colorful former world title challenger from Dublin.

Both fighters have talked plenty ahead of this fight and have guaranteed a win. Our staffers like the fight for action potential, and it should be a fight worth tuning in to see. It’s really notable for both guys; a win here could be a step back to the world title scene, a loss is a big setback.

The rest of the card will feature returns for Hughie Fury, Jack Cullen, and Anthony Fowler, plus Zach Parker taking on Rohan Murdock in a super middleweight eliminator.