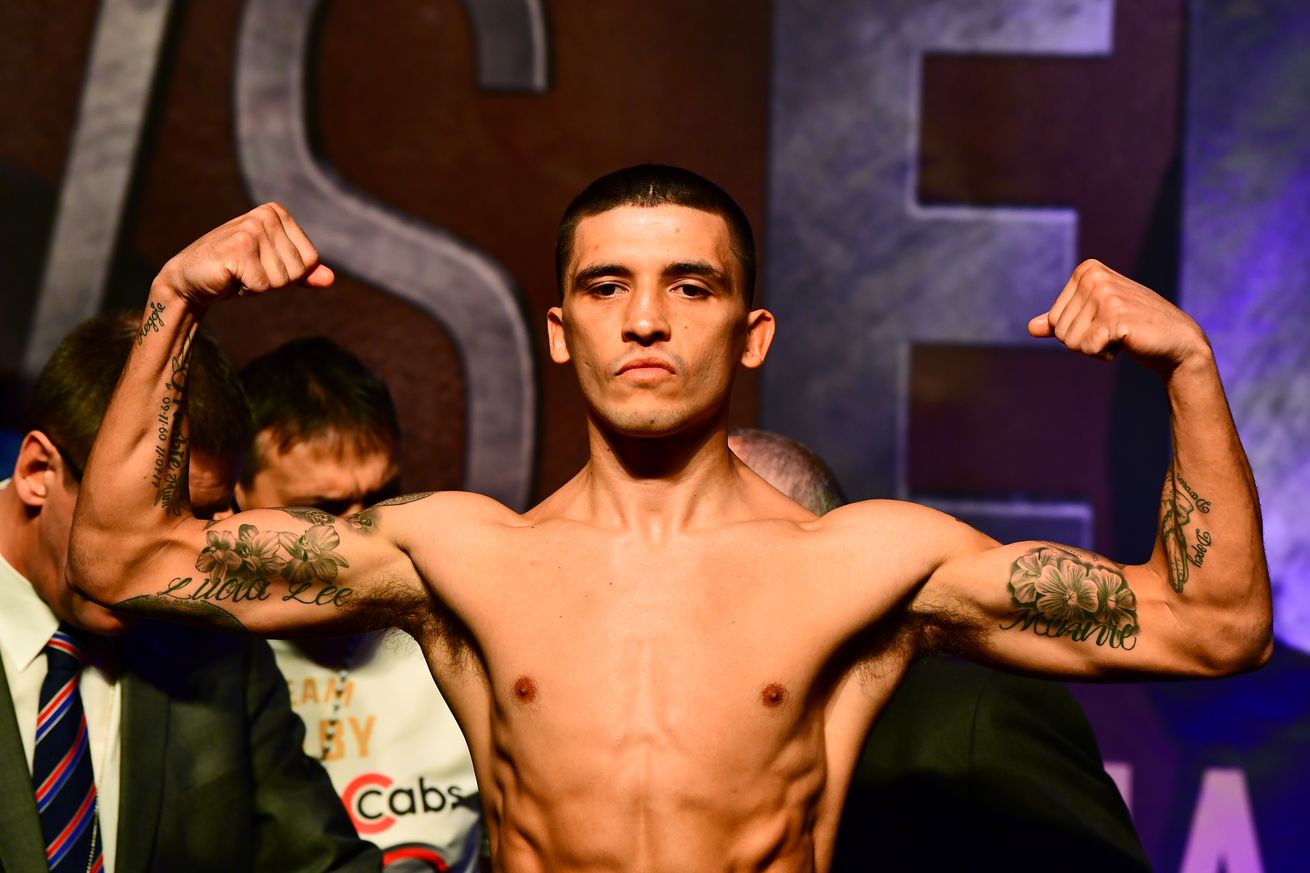 Former featherweight champion Lee Selby and rising prospect George Kambosos Jr. are set for an IBF lightweight eliminator in Cardiff on May 9th, headlining a DAZN/Sky Sports card alongside a bevy of UK talent.

We’re heading to Cardiff on May 9! #SelbyKambososJr

Selby (28-2, 9 KO) enjoyed a three-year reign as IBF featherweight champion and was on the brink of a major domestic clash with Carl Frampton before suffering an upset loss to Josh Warrington. His struggle with the 126-pound limit led him to jump to lightweight, where he’s won competitive decisions over Omar Douglas and Ricky Burns.

“It’s great to be boxing back at home in Cardiff after six years boxing all over the UK and US,” said Selby. “I’m one step away now from a shot at the IBF Lightweight World Title and my dream of becoming Wales’ first ever two-weight World Champion.

“Kambosos Jr is a hungry young fighter that I know will bring it all, but I’ve had some of my best performances against Australian boxers stopping both Corey McConnell and Joel Brunker in title fights and May 9th will be no different.”

Kambosos (18-0, 10 KO), a sparring partner of Manny Pacquiao’s, earned his biggest victory to date last December with a split decision over former champion Mickey Bey. The 26-year-old started 2019 by beating Rey Perez on the Pacquiao-Broner undercard.

“I’m excited and I cannot wait to fight Lee Selby in this IBF World Title Eliminator on May 9th where the winner will become the Mandatory Challenger for the winner of Lomachenko vs. Lopez,” said Kambosos Jr.

“I’m excited for a fight of this magnitude and look forward to retiring Lee Selby in his hometown with a dominating and punishing performance in addition to gaining all of the UK supporters that will get behind me toward winning my World Title.”

Despite earning mandatory status with a win, it’ll likely be awhile before said winner gets a crack at the belt. Its current holder, Teofimo Lopez, is presumably on track to fight Vasiliy Lomachenko for (essentially) undisputed status, which will lead to a logjam of challenger.

But who knows? Maybe Lopez or Loma will vacate.