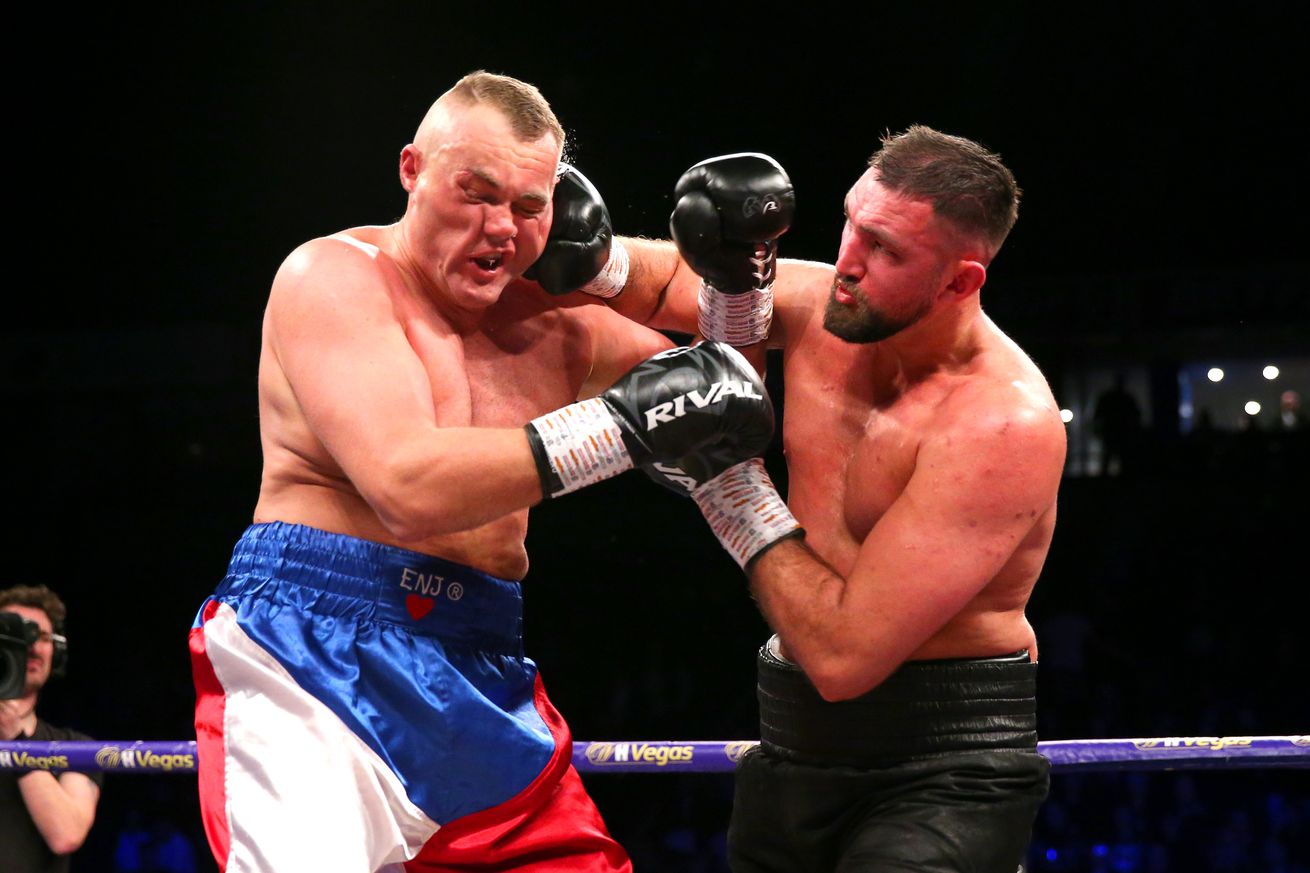 Hughie Fury picked up an easy win in Manchester.

Hughie Fury got back in the winner’s circle today in Manchester, stopping overmatched Czech veteran Pavel Sour in the third round.

Fury (24-3, 14 KO) was coming off of a loss last August to Alexander Povetkin, which made him 0-3 in his career against serious opposition. This win over Sour (11-3, 6 KO) isn’t exactly much to write home about, but it’s a win to keep the 25-year-old Fury active and maybe moving back toward bigger fights.

Sour, 37, went down late in the second round on a right hand, and was down again early in the third. He did get up, but his corner threw in the towel and ended the fight there.

“I’ve been working on a lot of things with me dad, getting more rhythm with me feet and hands,” Fury said. “I’m letting the shots go a lot better, as well. I’m improving all the time.”

“If you look at his age, what he’s done — he’s fought Joseph Parker, Alexander Povetkin, Kubrat Pulev,” promoter Eddie Hearn said. “Tonight he did everything he said he was gonna do. There are levels to go up, but he’s going to get better and better. You can’t knock his resume at this age. I think 2020 is an important year. We’re gonna move on now to the Usyk-Chisora card or the AJ card.”