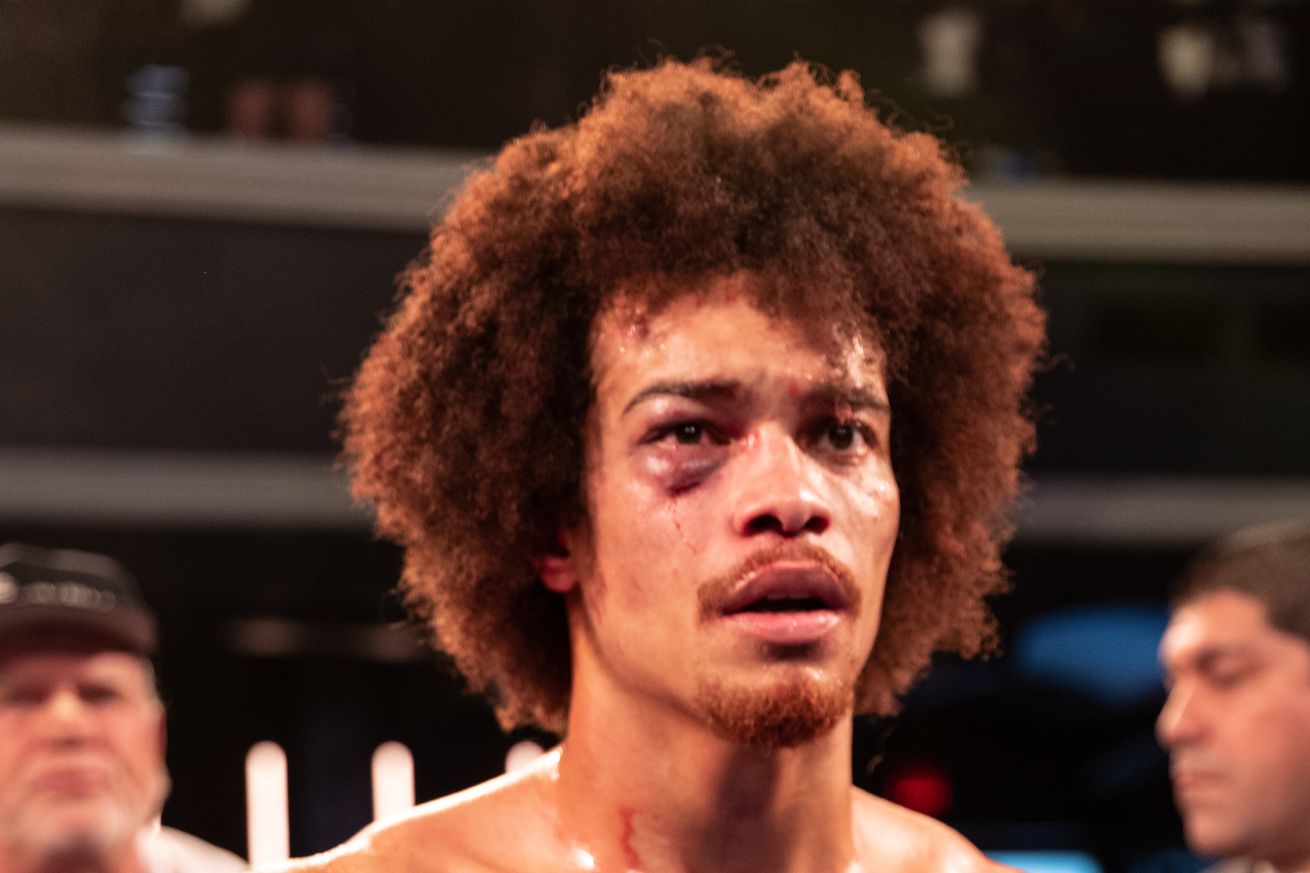 “The Flair” is coming to shine on Saturday night.

Welterweight Blair “The Flair” Cobbs has the biggest opportunity of his pro career coming up on Saturday night, when he gets a spot opening the “main card” portion of the evening’s Canelo-Kovalev card on DAZN against Carlos Ortiz.

Cobbs, 29, isn’t your typical prospect. He’s a little old for the tag, being honest, and while he’s got a charismatic and flashy style in and out of the ring, he’s yet to prove that he has the skills to back all that up against higher-level foes.

He won’t be facing one on Saturday, either. Cobbs (12-0-1, 8 KO) will be taking on Carlos Ortiz (11-4, 11 KO), a 35-year-old Mexican club fighter who has lost three straight outings. This is about exposing Cobbs and his big personality to a wider audience, to see if it takes with a larger segment of boxing fans.

Cobbs, to his credit, knows what he has to gain here — exposure, chiefly — and isn’t taking Ortiz lightly.

”I know Ortiz is a southpaw who comes to fight and has a lot of heart,” Cobbs said from training camp. “He’s has had plenty of time to prepare for me, so I know he’s coming with his best, just like everyone who steps in the ring with me.

“My trainers got a masterful game plan in place, and I’m ready to execute. Expect me to control the fight from the opening bell. I’m not going to let this man breathe. If I see an opening, I’m going for the knockout.”

Speaking of those trainers, Brandon Woods and Bones Adams, Cobbs feels he’s constantly improving in the gym, and that this camp will result in some improvements on Saturday.

”I really feel that I took my boxing IQ to a new level during this training camp. My coaches Brandon Woods and Bones Adams have got me looking sharp in the gym,” he said.

“I’m starting to understand what they want from me and works best with my God-given talent. I can do many different things in the ring and it’s all starting to come together now. I’m in great shape and my body feels rested. All the preparation is finally over and now it’s time to zero in on the task at hand.”

Cobbs, a Philadelphia native, is now living and fighting out of Las Vegas, where Saturday’s card is taking place, and he believes his showmanship will be a natural fit for Sin City. He’s looking to make a mark on the fans in the building and watching at home.

”Everyone knows Las Vegas is the boxing capital of the world, and it’s where I call home now. I’m ready to become a superstar in this sport. Since I moved to Las Vegas a few years ago, I’ve always saw myself fighting on a big card and here we are,” he said.

“I’m happy that Golden Boy and DAZN have me as the opening bout of the main card. They see the charisma and excitement that I bring to the ring, it’s what the fans want to see. I’m going to be my electrifying self and everyone watching will see a star in the making. Each fight is getting bigger and bigger and I can’t wait till I’m the main event on a big card like this. It’s Blair “The Flair” Time. Woooo!”