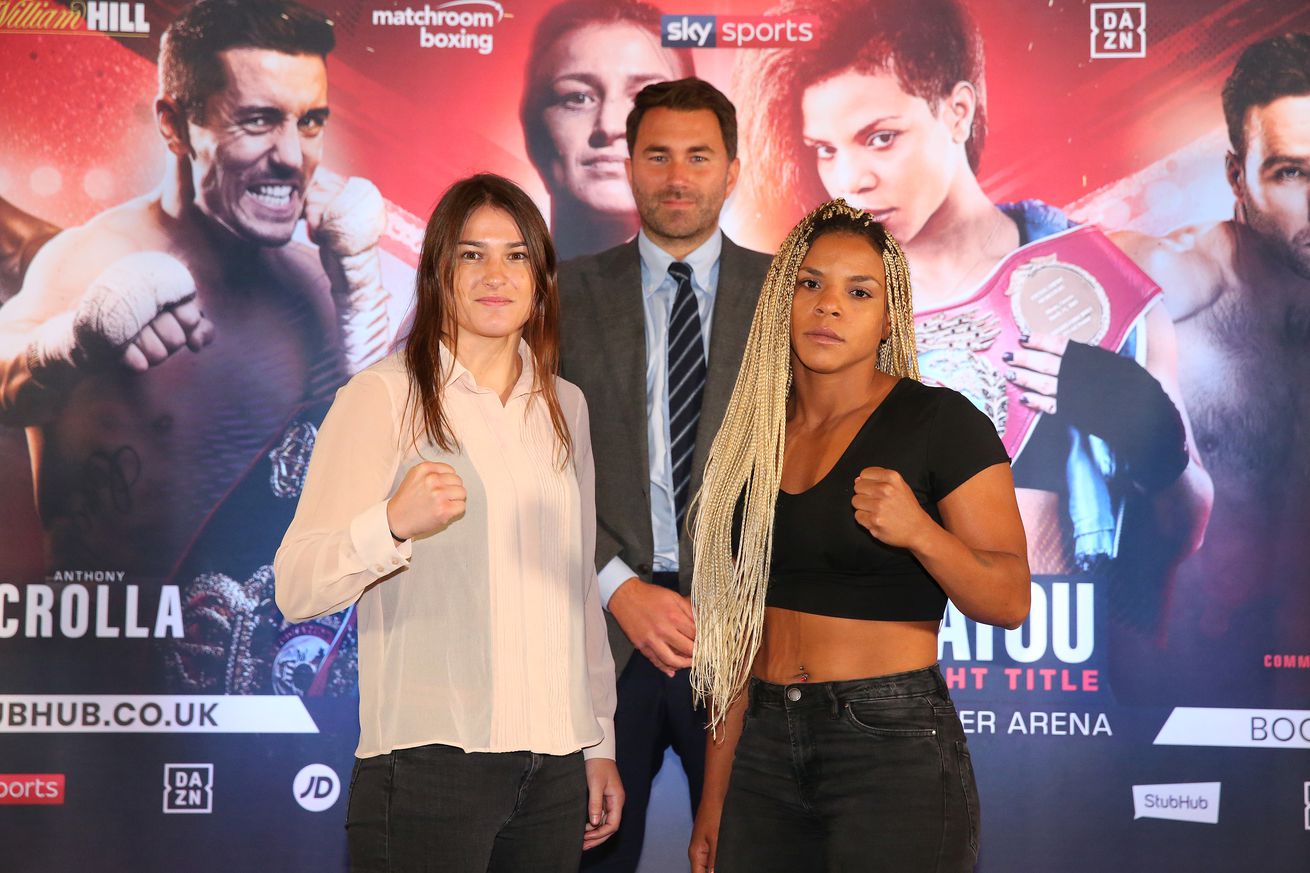 The Irish star and champion moves up in weight to chase another belt on Saturday.

After fully if controversially unifying the lightweight division in June, Katie Taylor is set to move up in weight on Saturday, challenging Christina Linardatou for the WBO 140-pound title in the main event from Manchester, streaming live on DAZN.

“This is a huge opportunity for me to become a two-weight world champion and I’m ready to create more history for myself and my country,” said Taylor. “I’m very aware of the challenge that Christina brings. I do believe that she’s the best 140-pounder in the division and I cannot wait for a very exciting and hard fight.

“It’s a new challenge moving up in weight, I’ve worked very hard in the gym to build up. You’ll see the very best of me and I’ll need to be on my game because I think Linardatou is the number one at 140 pounds and she’s had some great wins in her career.”

Taylor had significant struggles last time out, winning a disputed majority decision over Delfine Persoon. There was a lot of call for an immediate rematch, but Taylor has chosen another direction.

But Taylor isn’t ignoring Persoon or other top names in women’s boxing, either, though she refuses to take Linardatou lightly.

“It’s going to be a huge 12 months for me, but I have to get past Christina first,” she said. “I only take one fight at a time and my focus is completely on this one. She brings a lot to the table and I’m very aware of the challenge. She is an excellent world champion and it’s going to be a big test for me but one that I’m confident of overcoming.

“There are still so many huge fights out there for me like the Amanda Serrano fight, a rematch with Delfine Persoon, and a fight with new Matchroom signing Cecilia Braekhus, but the first goal is Nov. 2 and winning another world title.”