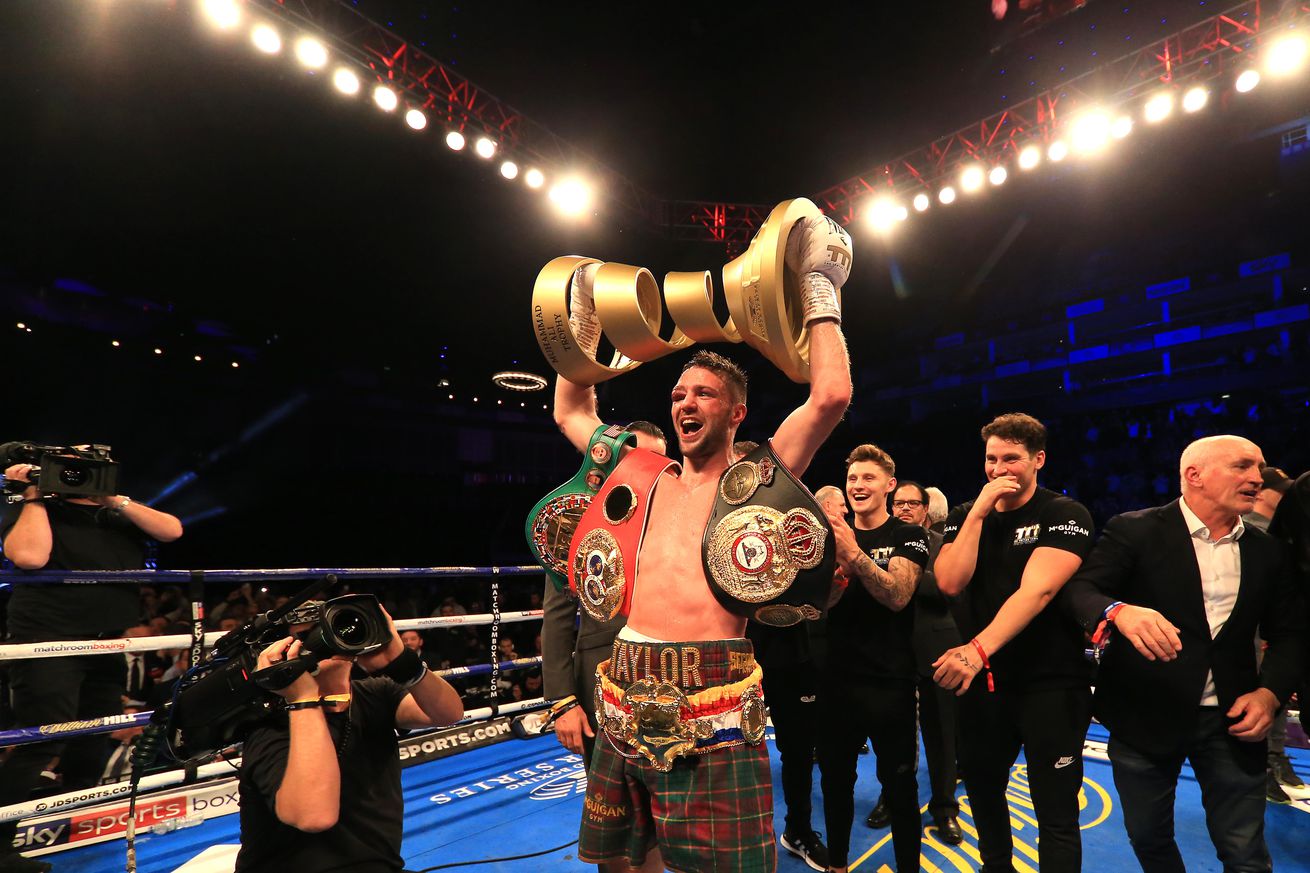 Josh Taylor secured a No. 1 spot while Shakur Stevenson and others made moves this past weekend.

Rankings will be posted each Tuesday at Noon ET.

Notes: Out goes Yves Ngabu and his short time at No. 10 in the division, in comes Lawrence Okolie, who could probably be argued up to the No. 5 spot in the division, as after Makabu you get into a real jumble of guys who haven’t proven much more than one another, and Okolie has higher potential upside than all of them. Okolie is probably never going to be particularly fun to watch — he’s got power, but he’s boring when it’s not flashing, like a less one-trick version of Randall Bailey, who had a dynamite right but could be deadly dull. But he gets the job done.

Notes: A change at the top, obviously, with Josh Taylor’s win over Regis Prograis on Saturday pushing Taylor to No. 1 and Prograis down to No. 3, below Jose Ramirez. Taylor and Ramirez own the belts in the division right now, and a full unification would be ideal, but the earliest that could happen is probably next summer.

Notes: Robert Easter Jr’s move up to 140 means he’s out here — he doesn’t get in at 140 yet, because his win over Adrian Granados was exciting but not emphatic, and 140’s a real good division right now. You could argue him a spot in the back portion, but I’m not. Anyway, that means there’s an opening here, and Lee Selby sneaks in with his win over Ricky Burns. Selby doesn’t seem a genuine threat to top fighters at 135 to me, but could he beat Rances Barthelemy or Javier Fortuna? Sure. Could he be a handful for the young guns? Sure. It’s basically that I don’t think he could touch Lomachenko or really deal with Commey or Campbell. There’ll be another open spot next week, by the way, as it looks like Fortuna’s fight with Jesus Cuellar is at 130, at least being advertised as such.

Notes: This is a division going through some changes. Shakur Stevenson’s world title win over Joet Gonzalez on Saturday bumps him up to No. 5 for me — the talent looks very real, and now he’s got a belt. We’ll also soon be losing Leo Santa Cruz and Oscar Valdez, who are moving up to 130 in late November. So sooner than later Stevenson will be sitting at No. 3 here, and there will be at least a couple of new names, and we’ll also have Manny Robles III and Tyler McCreary getting their chances to join this group with late November fights against Xu Can and Carl Frampton, respectively.

Notes: Ryan Burnett, a former titleholder, announced his retirement this week at the age of 27 due to injury issues. It’s a sad end to a promising career. He was No. 4 last week, so everyone moves up and American Rau’shee Warren comes back in. Warren doesn’t have the most incredible W-L record, but he’s a good fighter and his defeats have come in high-level fights to Payano (avenged), Zhanat Zhakiyanov, and Oubaali. He’d still be a tough matchup for anyone here save Inoue and Nery, probably. November’s going to see a run of meaningful fights in this division — Naoya Inoue vs Donaire, Oubaali vs Takuma Inoue, Nery vs Rodriguez, and don’t overlook Tete against John Riel Casimero, either.

Notes: With Acosta moving up and stating that he’ll be staying there, Tetsuya Hisada enters at No. 10. Hisada gave Hiroto Kyoguchi a real solid fight on Oct. 1 in Osaka and didn’t remotely embarrass himself. This week we saw Elwin Soto get the nod over Edward Heno in a very entertaining, very competitive bout, and it’s hard to penalize Heno for losing a close decision. Boxing is weird like that, compared to a lot of other sports — I know not everyone agrees with this method, but a lot of times we get this, where someone taking an actual good fight and losing is not a great reason to hurl them down a rankings list. Do I think Heno is worse than I did a week ago? No. He could have beaten someone worse and proved less.

Notes: Hey, guess what? Wanheng fought and won again this weekend. 54-0! The GOAT! He beat Simpiwe Konkco, who drops from 3 to 6 with the loss. Wilfredo Mendez also fought on the weekend, winning a technical decision over Mexican #teen Axel Aragon Vega in Puerto Rico.