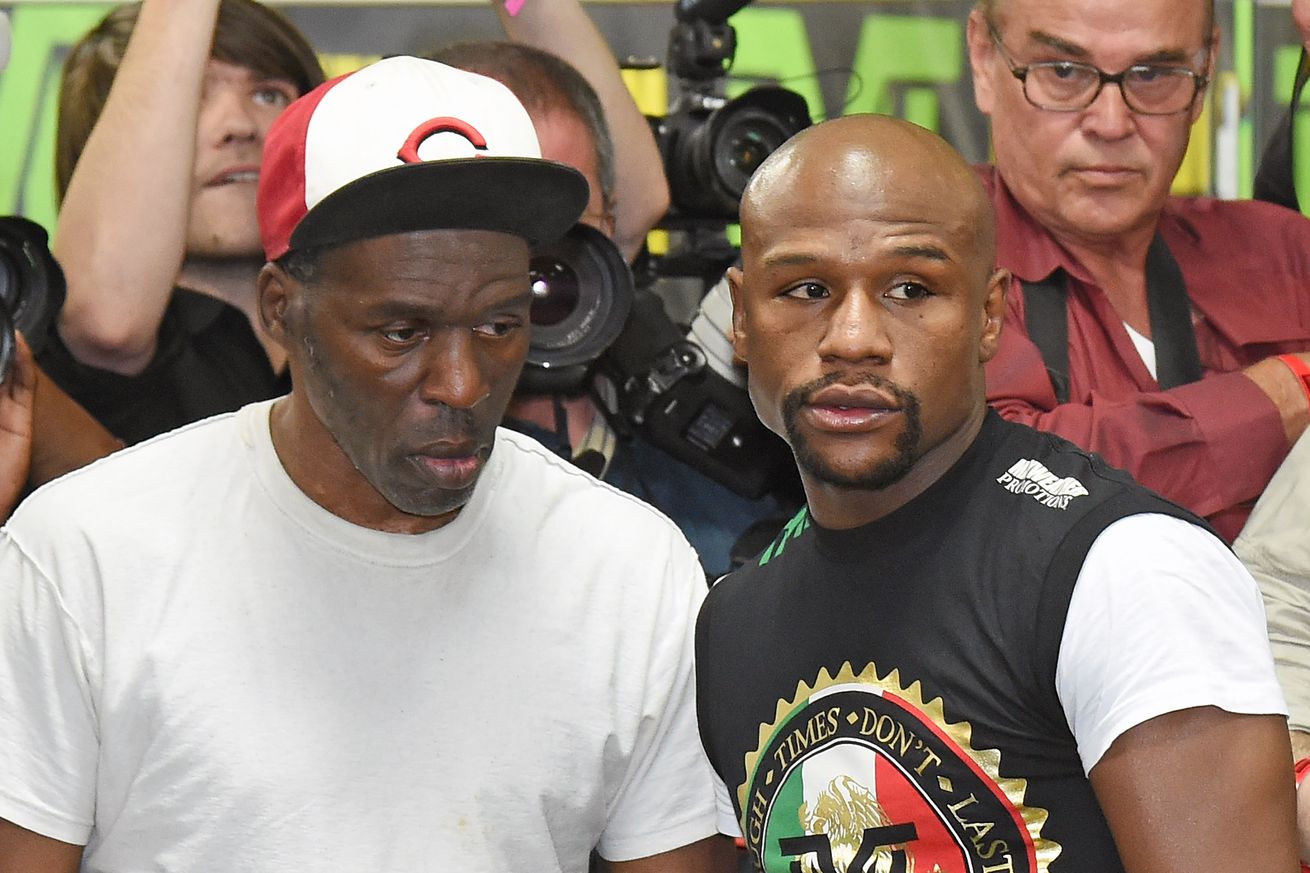 Floyd’s uncle Roger was his trainer for much of his career.

Yesterday, it was reported that former champion fighter and trainer Roger Mayweather had died at the age of 58.

Roger, who won world titles at 130 and 140 pounds during his boxing career, was also the trainer for his nephew Floyd from 1996-1998, and then again from 2000-2012, the bulk of his nephew’s legendary professional career.

Floyd paid tribute to his uncle in a statement released by Mayweather Promotions.

“My uncle was one of the most important people in my life inside and outside of the ring,” he said. “Roger was a great champion and one of the best trainers in boxing. Unfortunately, his health was failing him for several years and now he can finally rest in peace.

“Roger meant the world to me, my father Floyd Sr, my uncle Jeff, our whole family, everyone in and around the Mayweather Boxing Gym and the entire boxing world. It is a terrible loss for all of us.”

We are thankful for all the love and well-wishes we have already received as word traveled about Roger’s passing,” Floyd added. “It helps me to see that he was able to touch so many people through his life in boxing, because he gave so much to the sport, which was his first and longtime love.”

Mayweather Promotions also posted this video tribute to their Instagram:

The original Black Mamba had 72 professional bouts, became a 2x world champion, and helped guide the illustrious career of the greatest boxer of our generation. #YDKSAB