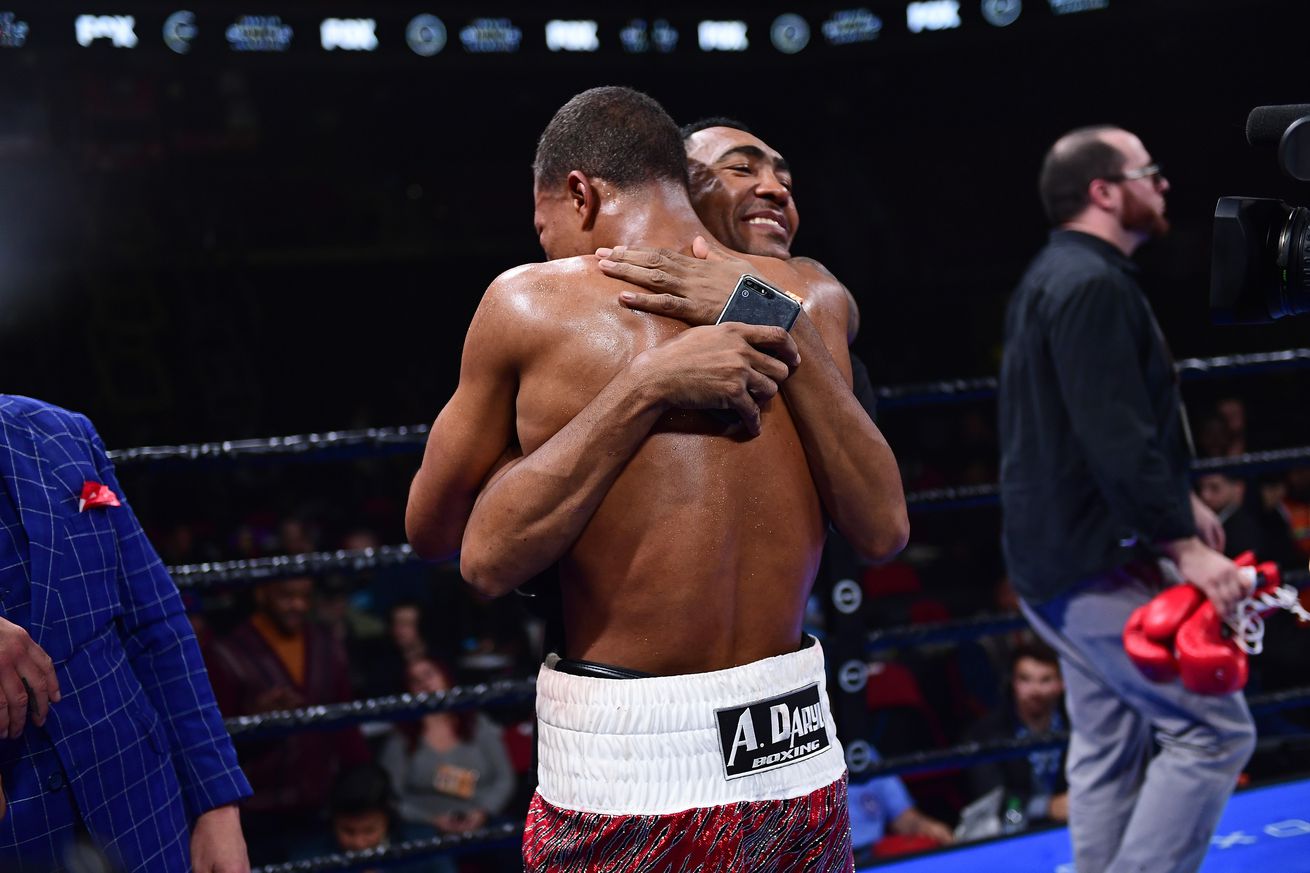 “Breadman” Edwards discusses how he’s doing during our global crisis, and gives some thoughts on all that’s going on.

Most all of us, to one degree or another, are in adaptation mode. Life has changed, to a degree or another, and so it can make it difficult to get that needed space, to be able to take two steps back, so you can get enough distance, to properly assess where you are.

Really, probably, you and me will only be able to do that once time passes, once the Great Coronavirus Scare of 2019-2020 has passed. Boxing trainer/young sage Stephen “Breadman” Edwards made it clear, for those that don’t get it: this is one of those times.

People in 10 or 20 years will be asking what you were doing when that vicious virus was making the rounds and wreaking much physical havoc and even more mental and emotional carnage.

“Sometimes when you’re living in something, you don’t realize how historic it’s gonna be,” Breadman told me on the Everlast “Talkbox” podcast. “We look back on things and we say, ‘What about the stock market crash’ and ‘What about when Louis fought Schmeling?’ People that were around during those times, they didn’t realize how special those events were.

I’m of the same mind as Edwards, that’s part of the reason why I’m writing this column, as part of a series. We humans often have a hard time with time. We are told to be mindful of the present, be in the moment, don’t get ahead of ourselves, and don’t spend too much time looking back.

And we sometimes succeed at that, but are we being grounded in the moment and cloaking ourselves in glory? Or are we noodling around on Instagram, focusing intensely on our delicious meal, or spending two hours cemented in the moment playing video games? Many of us have to hustle pretty hard to handle the basics, to be honest. You should see my house at 7:40 am on school days — people, it’s an obstacle course for us over here, to herd these cats-kits out the door to do the school thing.

So frequently, I am in the moment, focused on the here and now, but it’s not part of a mindfulness program. It’s just getting by. Right now, I am cognizant of the immensity of this moment, the DC (During Coronavirus) Era. This is at least a once every 10 years thing, and likely will be much larger than that once it has run its course.

Me and Breadman agreed also that it’s hard to get a handle on the severity of the situation.

“Obviously, you have to take everything you see on TV with a slant,” Edwards continued. “Because the government is not gonna tell you everything. I think they knew about this a little earlier, in fact I know they knew about this a little earlier, because I have a nephew that’s stationed in Japan in the Navy. And they were quarantined in January, and they weren’t letting anybody on the base that wasn’t American. So they knew. But for whatever reason they took their time.

“Where this came from, and all that, I don’t wanna become a conspiracy theorist, somebody’s trying to cripple our economy, or whatever. I do think something stinks. I’m 43, Mike, I’ve lived through about four ‘end of the worlds.’ We’ll make it, we’ll be OK. My stock market account looks like shit, but this ain’t the first time I fell on my face, but it’ll work itself out.”

Why didn’t this nation have millions of test kits ready a month ago? Edwards said he agreed, 100 percent.

“The government definitely dropped the ball,” he said, and I added, “They’re still dropping the ball,” being that tests are still hard to come by.

By the way, some of y’all might be saying, “Hey, this isn’t the time for politics.” No, it definitely is, because until this stuff gets solved, we boxing fans aren’t going to be seeing fights.

Breadman noted that it seems as though celebrities, like those in the NBA, seem to be able to snag a kit to know their status pretty easily. We both wonder, is there incompetence or corruption in play? The trainer says that this is what pops into his head when he sees some of those bizarro score cards from judges in boxing: incompetence or corruption? Edwards has a phrase: “purposeful neglect.”

Bread has a saying: “The same people that cause the pain sell the pill.” A nation with this level of wealth and supposed intelligence, but our leaders haven’t gotten ventilators at the ready, didn’t stockpile testing kits, didn’t have plans at the ready. Why? Anyway, plenty of time will be allocated for trying to figure that out.

Bread lives outside Philly; are there any leaders who are stepping up, donning super hero capes? No, he said; local leaders also take orders from DC pols, so even if they have the skills, they may not have the power and funds to make up for the deficiencies seen in the feds.

Bread has seen those millenials cavorting on Florida beaches, seemingly unworried that this mutating virus might make its way into their lungs. He, too, shakes his head at that.

All in all, it’s hard to make sense of, and that’s why people are gravitating to conspiracy theories. The trainer, who’s cornered Julian Williams and has been working with 140-pound prospect Zachary Ochoa, has a good head on the shoulders, and so much of it comes from listening to his grandpa. Grandpa has passed on, but his wisdom lives. Bread thinks that he’d probably believe that some nefarious dealings had gone on, that some government bigs may be using this chaos to corral power.

Really, that’s a bottom line here, as we live out history — on a daily basis, we are trying to make sense of all this. We put one foot in front of the other, make sure we have food on the table, and often drift off, wondering, “W. T. F. “