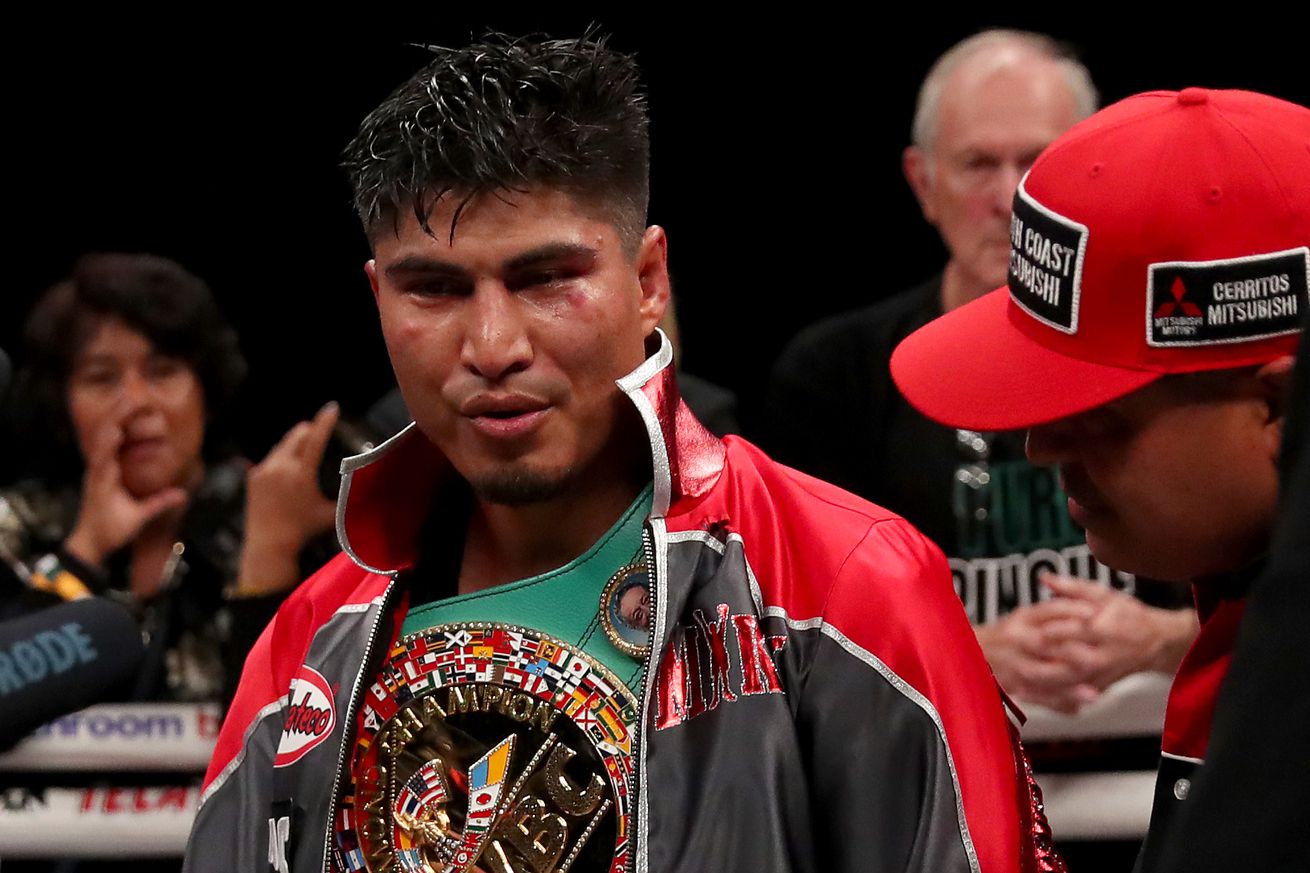 The former champion gives his breakdown on a couple of big fights.

In this video interview caught by Fight Hype, Mikey Garcia shares some of his quick thoughts on some anticipated upcoming bouts, one between Gervonta Davis and Leo Santa Cruz and the other between Vasiliy Lomachenko and Teofimo Lopez. Check out what he had to say below...

Garcia on Davis-Santa Cruz at 130lbs:

“That’s a good chance for Leo then, ‘cause that’s gonna hurt Tank more to come down to 130. But at the same time, Tank is naturally strong, 130, fuckin’ dangerous. Leo is a volume puncher, I think it’s going to be a very entertaining fight.

“It depends on a few things. If Tank comes in very hurt from cutting weight then Leo has a good chance of winning. If Tank is fuckin’ solid and good, then he could possibly win ‘cause Leo’s not gonna be strong enough to beat a big guy...He’s tall but he’s always been very skinny, very thin. Physically he’s not a big guy so I think at that point I would give the advantage to tank. Depends on how Tank comes into the fight, I think that’s gonna be the biggest difference. If Tank comes into the fight good and makes weight without a problem, which is not very likely, but if he does then Tank will probably have the advantage. But if he comes in all fuckin’ drained and tired and sucked up like crazy, Leo has a chance.”

“I think that’s probably the most difficult fight for Loma since Linares...this one is gonna be a tougher fight because Teofimo, he’s fuckin’ solid, he’s strong, he’s big, naturally big, fast, strong, everything. Loma at 135 is not quite the same as when he was at 130 or even smaller.

“I think Teofimo has a much better chance than people think, but I’m still kinda leaning towards Loma winning a decision. I don’t think Loma can hurt Teofimo, but I can definitely see Teofimo hurting Loma...I’m kinda thinking Loma wins it by decision but I wouldn’t be surprised if (Teofimo) fuckin’ hurts him and stops him.”