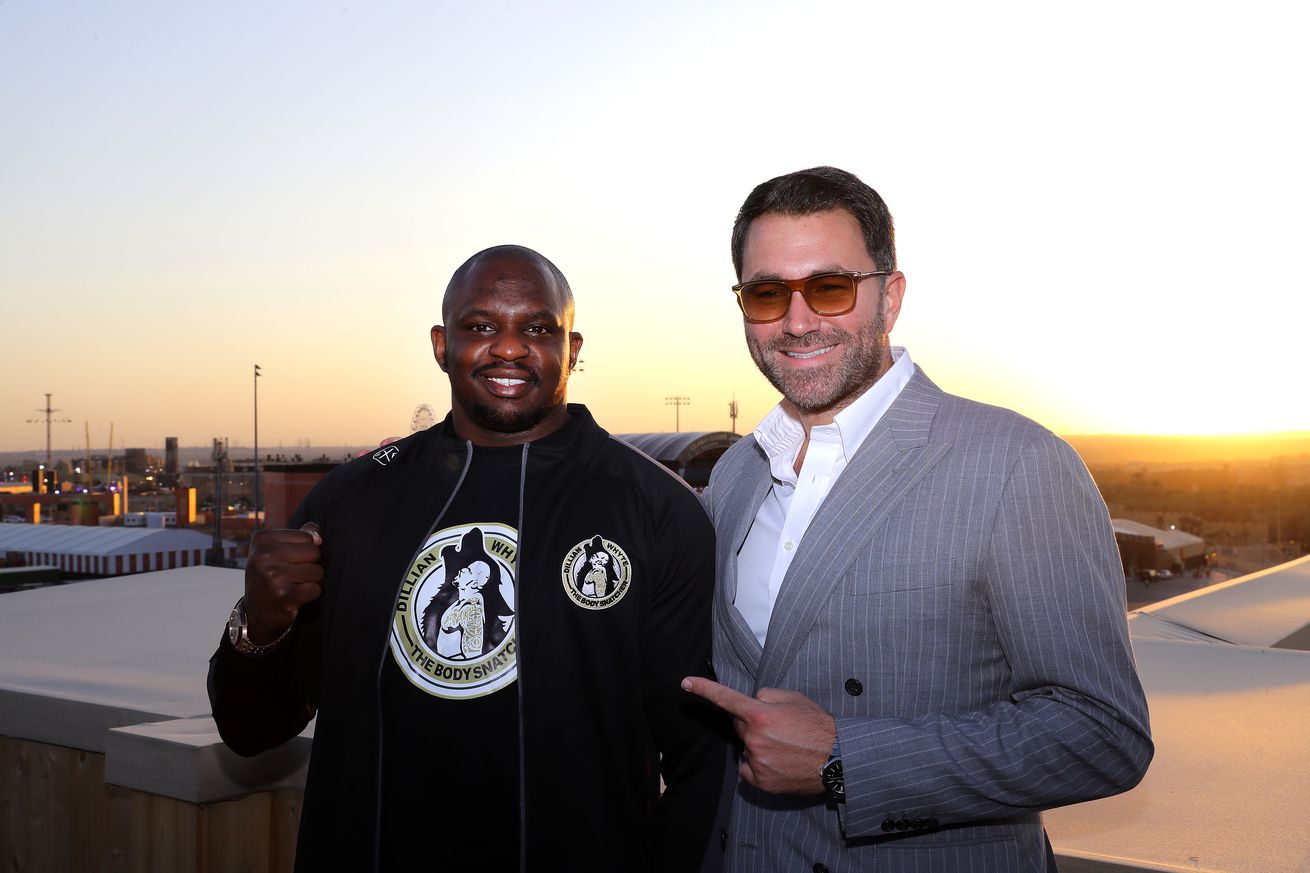 According to Matchroom promoter Eddie Hearn, even though Dillian Whyte has yet to secure his shot at the WBC world heavyweight title, he might just end up with one due to unforeseen circumstances. With UKAD set to investigate new claims pertaining to Tyson Fury and a 2015 doping scandal, Hearn says Whyte should be keeping tabs on the situation.

“As I understand it, the key witness in the case has come out and effectively changed his statements of what happened.

”I’ll let them deal with that. If I’m Dillian Whyte right now, I’m looking at that situation, knowing that if there is an issue with Tyson Fury as world champion, I become the WBC heavyweight world champion, because right now, he was suspended while an investigation was taking place.”

The WBC has taken the position that they’re not all that interested in the recent gossip surrounding Fury, saying that as far as they’re concerned Fury has passed ‘countless’ tests over the past two years while fighting under their umbrella.

And based upon what we’ve seen in the past there’s no real reason to believe these latest accusations go anywhere — especially considering UKAD’s past fumblings — but hey, you never know. And maybe Whyte is just desperate enough to hold on to hope of backdooring his way into a world title.