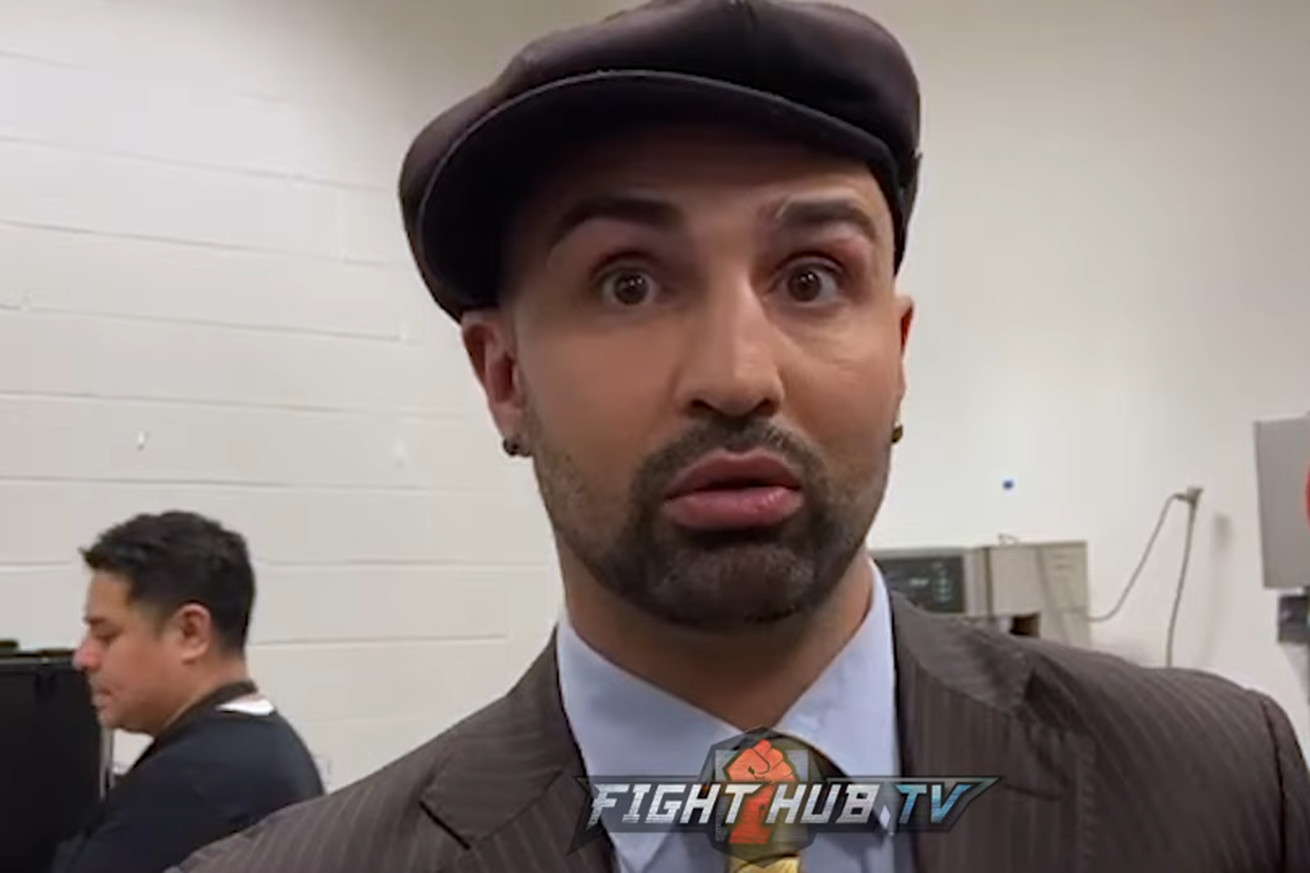 The former two-division titleholder turned analyst gives his thoughts on a couple of possible Pacquiao-Garcia matchups.

Former two-division titleholder Paulie Malignaggi is now one of the sport’s more respected analysts, a role he fills on Showtime’s boxing broadcasts, and our partners at Fight Hub TV asked him his thoughts on two potential Manny Pacquiao fights against someone whose surname is Garcia.

As for a fight between the 41-year old WBA welterweight titleholder Pacquiao (62-7-2, 39 KO) and Danny Garcia (36-2, 21 KO), Malignaggi said, “I think it’s an interesting fight. You’ve got the speed of Pacquiao and timing and punching of Garcia, Garcia’s a crazy timing puncher. Pacquiao tends to commit and sometimes over-commit.

“But then again if you don’t catch Pacquiao with an over-commitment, he’s burying you in activity and power. It’s a very interesting clash of styles.”

And then there is the question of Mikey Garcia (40-1, 30 KO), who looked awful in his welterweight debut in 2019 against Errol Spence Jr, but picked up a solid win over Jessie Vargas at the weight on Feb. 29.

“Mikey is more of a chess match, but obviously he has enough power to get respect, as well,” Malignaggi said. “Different kind of fight, but I don’t doubt that it could be a tactical speed fight, as well.

“Mikey’s not as fast as Pacquiao, but he’s much more fundamentally sound, which means he can time him and get the proper punches in in the midst of those exchanges. Then again, Pacquiao having that southpaw stance — (Juan Manuel) Marquez was also fundamentally sound, and he was still able to catch Marquez, as well.”

Both Danny and Mikey are believed to be in the mix for whenever Senator Pacquiao returns to the ring, which was expected to happen this summer but who knows at this point, really, and both guys have said they’re interested in the fight, too. Mikey believes he can take Pacquiao out, and specifically has challenged him after beating Vargas. Danny was set to face Spence in January, but instead had to settle for a fight with Ivan Redkach, which he used to keep himself sharp against a southpaw. He mentioned Spence and Pacquiao as possible next opponents after the win.