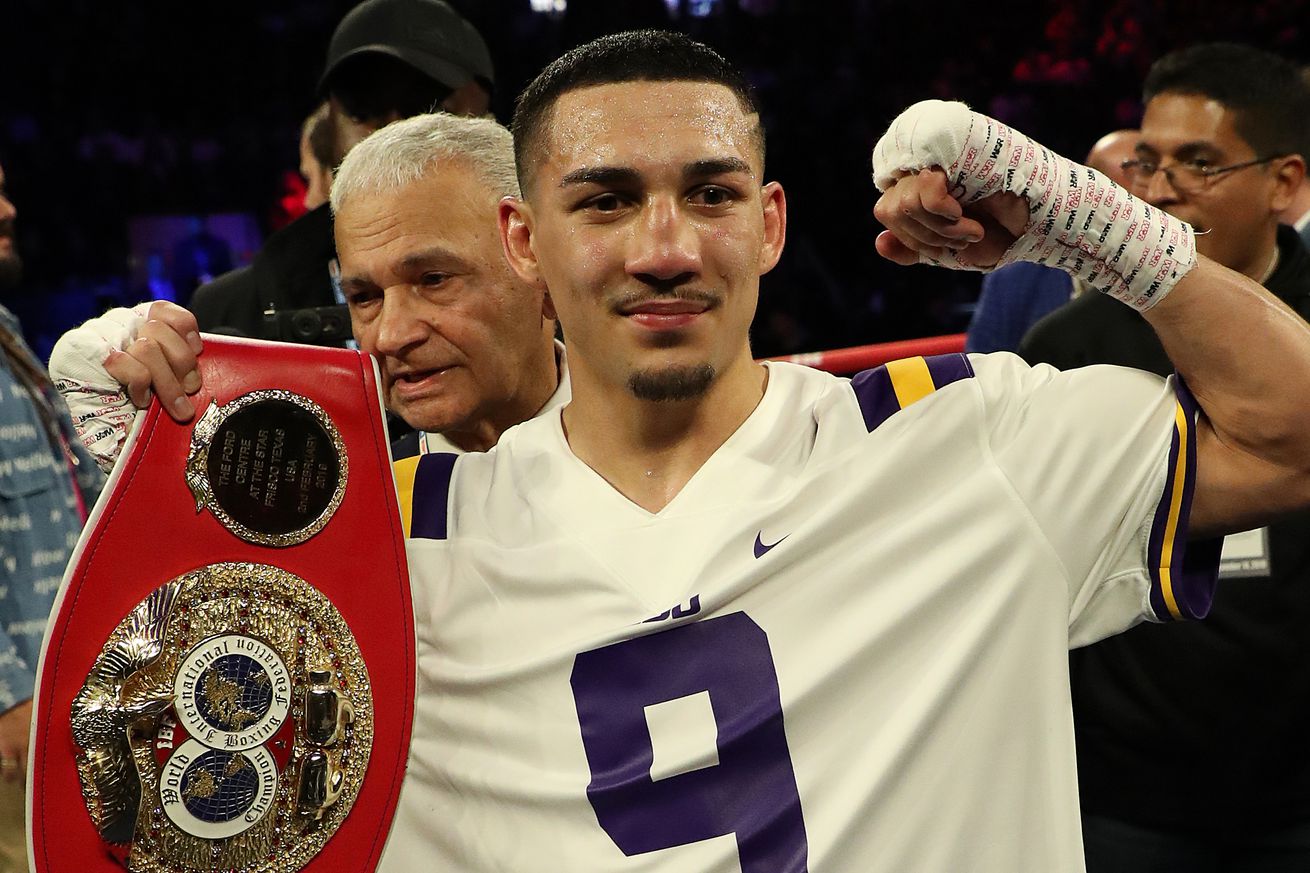 The lightweight titleholders are/were tentatively set to unify on May 30.

IBF lightweight titleholder Teofimo Lopez was looking to fight WBA/WBO titleholder Vasiliy Lomachenko, with a tentative date of May 30 on ESPN pay-per-view having already been widely reported if never made official by Top Rank.

But Lopez says that Lomachenko’s team have drawn out the negotiation period, and that he’s grown frustrated, in particular because he knows he’s growing out of the lightweight division as he approaches his 23rd birthday in July.

Lopez adds that a move up to 140 has been and remains on his mind, and the chance to fight Lomachenko at 135 is the only thing stopping him from doing just that. This is a consistent stance from Lopez, who about a year ago said he felt he wouldn’t be able to make 135 anymore once we passed over into 2020. So this isn’t something new from him. He’s at an age where he’s naturally growing out of a division, and he’s said he won’t wait around to have serious problems making weight if he can help it.

Now for what it’s worth, Lomachenko’s manager Egis Klimas says there are no problems and that while nothing is signed, they feel the deal is good to go, and promoter Bob Arum is very candid when asked about it, saying he won’t “bullshit” anybody, and that he really has no idea when fights are going to get going again.

It’s easy to understand Lopez’ frustration here, but the biggest thing at this point really is the situation everyone is in right now, which Lopez says he understands, although like everyone he’s itching to get back to his normal routines. Pretty much nobody out there, from Canelo Alvarez to the clubbiest club fighter in the world, truly knows when their next fight is going to be at this point, and if something wasn’t already signed and official, it’s going to be hard to get people to do that right now.