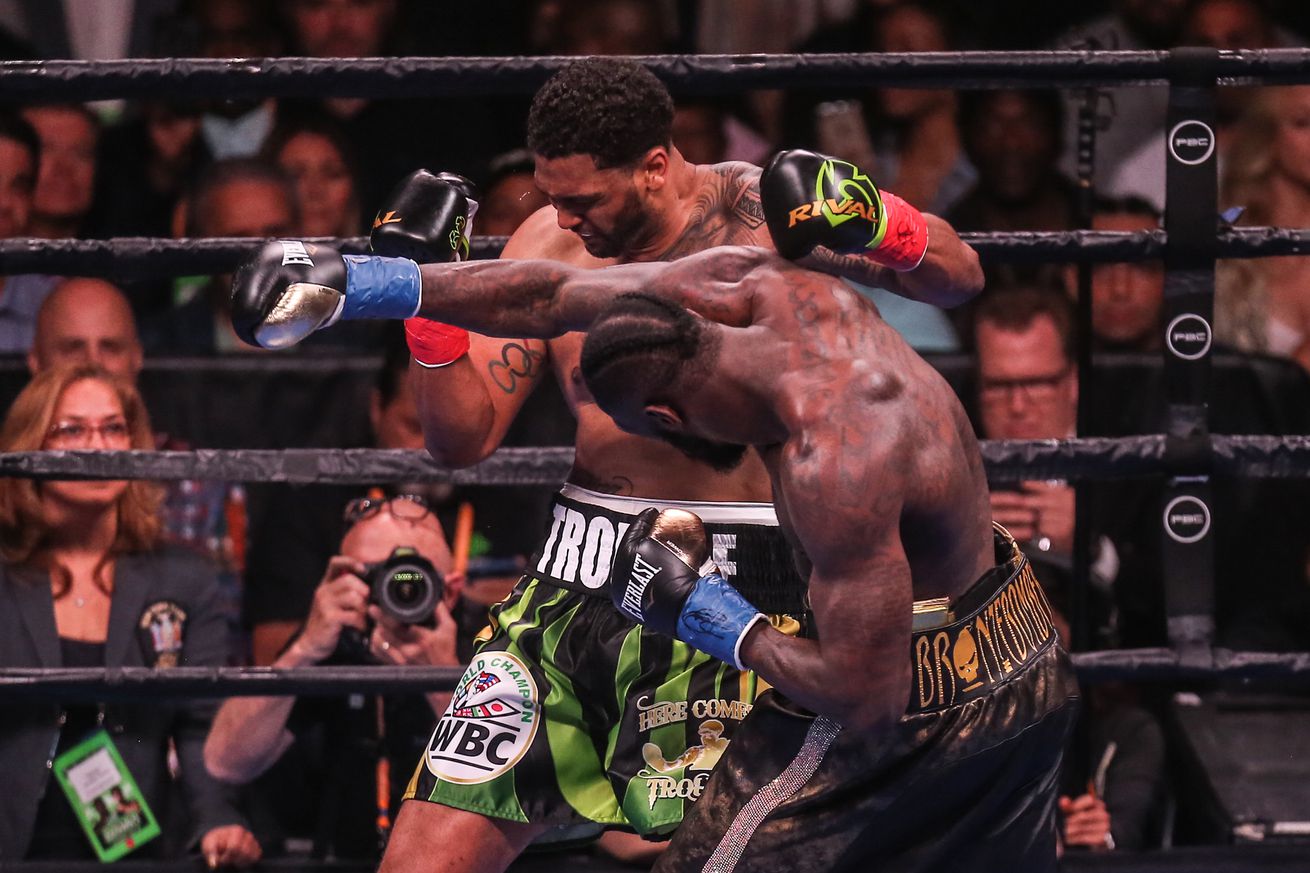 An ode to a uniquely weird heavyweight

This was a concept I had knocking around my noggin before Fury-Wilder II; I ultimately decided not to run with it, thinking it might be a bit too similar to my old piece on Dmitry Kudryashov, but nothing lowers standards like a global pandemic, so here we are.

I’ve been playing one tabletop RPG or another since college; it’s fun and a convenient way to stay in touch with distant friends thanks to things like Discord and Roll20. Honestly, though, I enjoy reading or hearing about others’ experiences as much as I do crafting my own, especially when people far more clever than I am get their hands on exploitable systems.

There’s a concept in RPGs called min-maxing, which is essentially hyperspecialization. If you’ve played any sort of game in which you can allocate points to different attributes, you’ve probably done this without knowing the term. Spellcasters don’t need physical strength and barbarians don’t need to form thoughts more abstract than “hit thing until thing stops moving,” so you’re free to leave their physical and mental stats, respectively, at their baselines.

Where min-maxing gets fun is when you start taking it to extremes. Many systems offer “disadvantages,” allowing you additional points to spend juicing up your stats in exchange for some sort of handicap. You could, say, decide that your mighty wizard doesn’t need both of his eyes, or that your warrior only needs enough fingers to properly hold his weapon.

If used “correctly,” this can lead to characters who are otherworldly at their intended goals and completely nonfunctional outside of them. I am endlessly amused by the concept of applying this to a real-life activity; picture a two-foot-tall, one-armed running back blazing through a defensive line, shedding defenders like a dog sheds fur until he runs headlong into the stadium wall on the other side of the end zone and trots wordlessly back to his teammates.

Deontay Wilder took this approach and rode it all the way to a world title. This isn’t just a case of hitting hard and being bad at everything else; best as I can tell, Wilder actively cultivated a style that begins and ends with his right cross. He looked at boxing’s Gordian knot, the infinite approaches devised towards rendering a person unconscious, and decided “what if I just throw my right hand at it.”

What distinguishes his case from that of a crude but overclocked slugger like Kudryashov or any of the Tommy Morrison/Razor Ruddock types who were essentially left hooks bolted onto abstract art in the rough shapes of fighting styles is just how one-note Wilder is. I don’t think I’ve ever seen him land a meaningful left hand outside of his signature windmills. He doesn’t really do uppercuts, either; outside of the occasional jab it’s all straight rights with various degrees of loop.

While boxing isn’t a solved game, per se, centuries of slugging have produced more-or-less ideal methods by which to claim victory, and success or failure often boils down to one’s ability to execute. My favorite fighters aren’t the most entertaining or most powerful or most prone to brutal knockouts; they’re the ones who leverage unconventional gifts into unconventional approaches.

It doesn’t get much more unconventional than going into a fight with one blatantly obvious weapon and somehow landing it over and over.

As obnoxious as his rhetoric about “wanting a body” is, I genuinely hope Wilder manages to get back on his feet. His weirdness is a unique delight I’d be terribly saddened to lose.