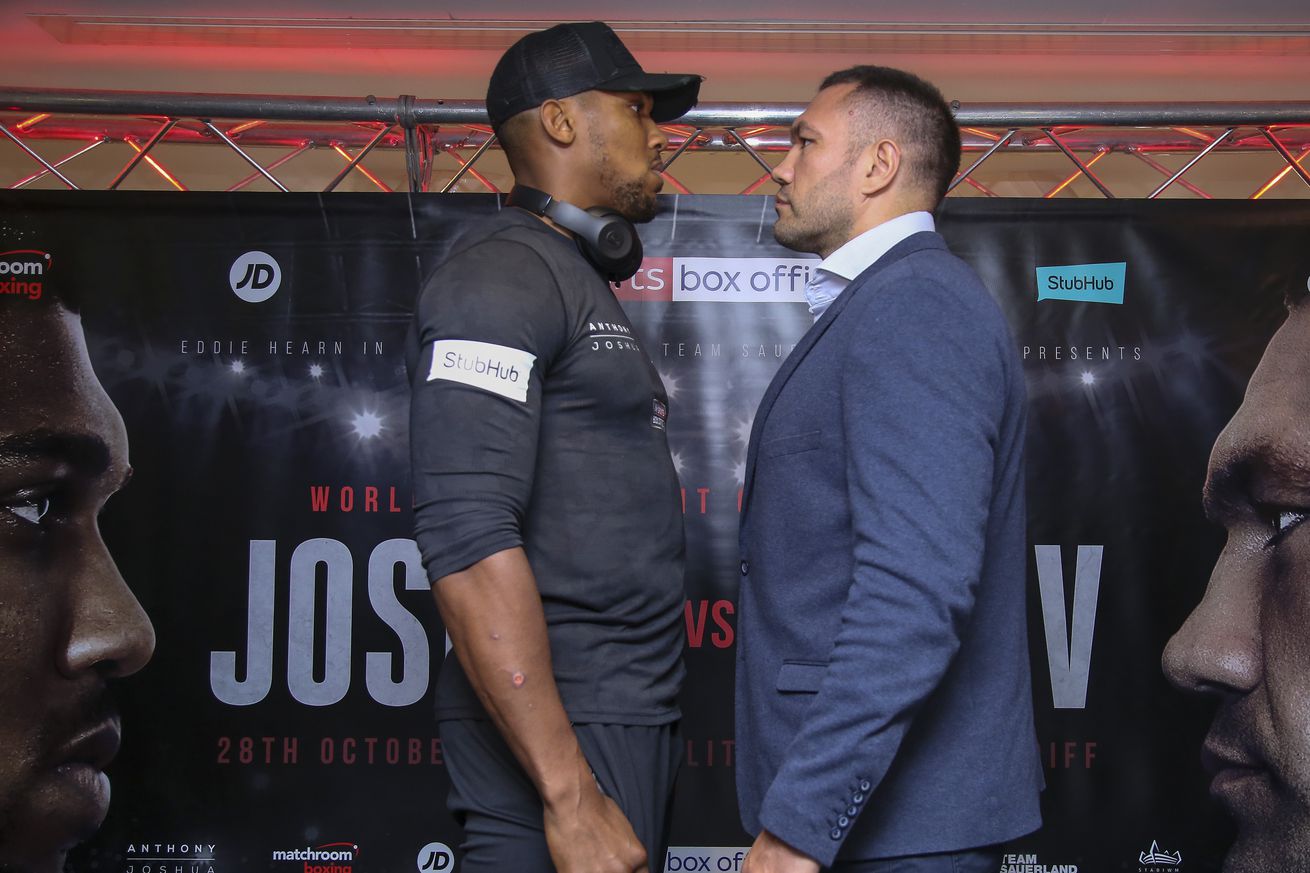 The June 20 date, like all dates, is up in the air at the moment, with various reports going around.

The June 20 fight between IBF/WBA/WBO heavyweight titleholder Anthony Joshua and IBF mandatory challenger Kubrat Pulev is still on, at least for now, but there’s certainly a lot of chatter around the fight right now.

Pulev told Bulgarian media on Thursday that the fight would be “impossible” to put on June 20 at this point, but it seems he spoke out of turn a bit. There has yet to be any word from organizers about the fight being postponed or moved from that date, though Eddie Hearn of Matchroom Boxing did say last Tuesday that they’re prepared for the possibility of the fight being pushed to July, perhaps.

A lot of that, Hearn noted, will depend on what happens with the Premier League, as the event is to be held at Tottenham Hotspur Stadium. Hearn has since added that if Joshua-Pulev gets pushed back even later into the year, a unification bout between Joshua and WBC (and LINEAL!!!!!!!!!) champ Tyson Fury could take precedence. But that is perhaps Hearn just further stirring the pot in regard to that potential matchup. We all have to amuse ourselves right now, after all, even if you got told to back off by Fury’s team of promoters.

Fury, for what it’s worth, is contractually obligated to do a third fight with Deontay Wilder, who has exercised that option. That fight has been expected to take place on July 18. There is a non-zero chance Fury could vacate the WBC belt and chase a different fight, but there’s been no indication that he will actually be doing that.

On the Pulev side, however, trainer Joe Goossen tells ESPN that with gyms closed all over the U.S. due the coronavirus outbreak, the Bulgarian can’t come over for camp right now, and of course there’s also the issue of actually getting the travel done at this point. Goossen says the situation has “put everything in flux,” which maybe goes without saying at this point. Everything is in flux, and certainly no scheduled fight is guaranteed to take place on its current date.

So like anything else, it’s wait and see right now. Hopefully things will be under control enough by June 20, but there’s a real chance that won’t be the case.