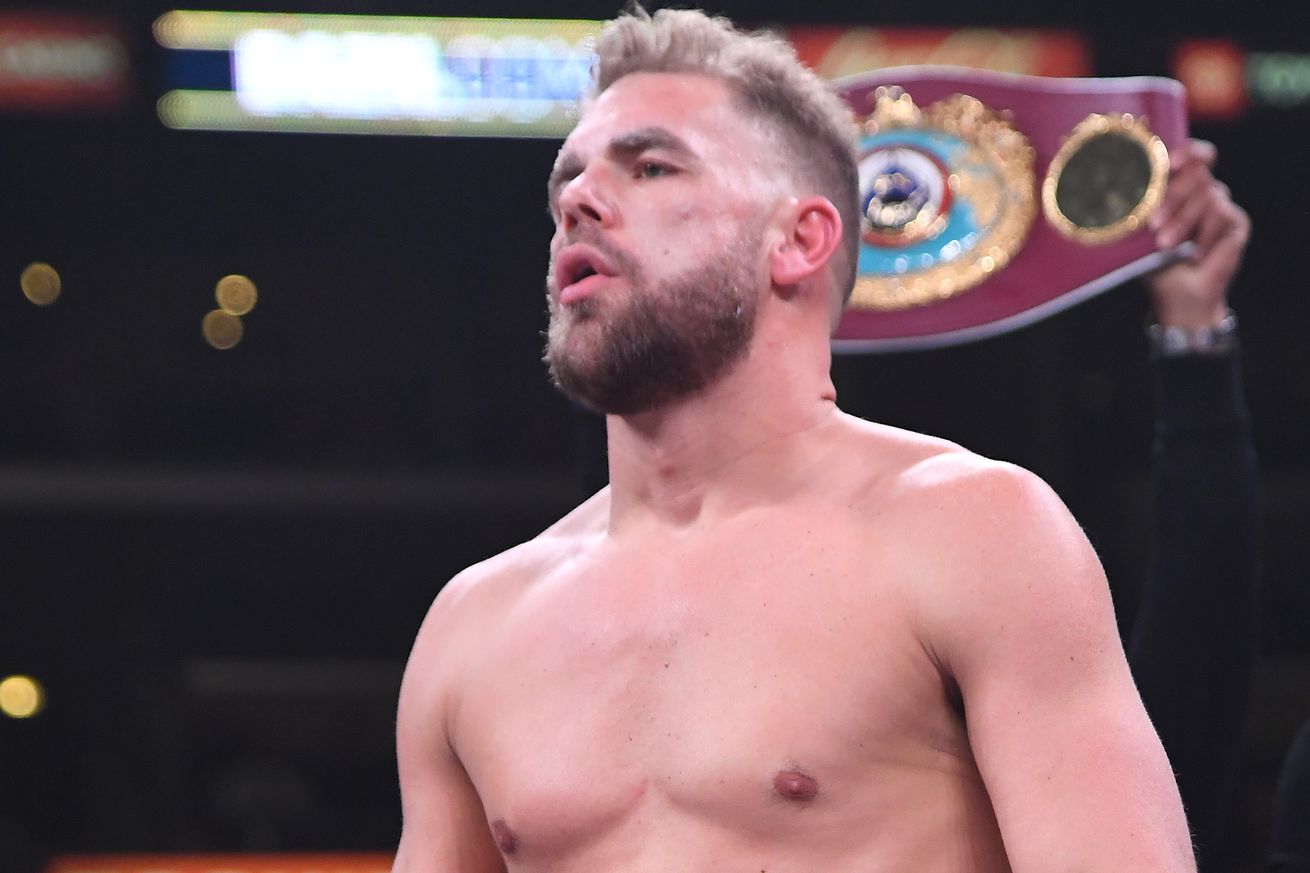 Saunders is still hoping to meet Canelo on a rescheduled date this summer.

Billy Joe Saunders won’t be fighting Canelo Alvarez on May 2, but the reigning WBO super middleweight titleholder is still, for now, expected to be Canelo’s next opponent, with the fight pushed back hopefully just until June.

In an Instagram Live session, Saunders (29-0, 14 KO) talked about the matchup, and said he feels we haven’t seen his best yet, but that we have seen the peak of Canelo (53-1-2, 36 KO). He also expressed a deep respect for his potential opponent.

“I rate him as the best pound-for-pound at the moment,” he said, adding, “I really do rate him, I think that he’s a brilliant fighter, he’s complete, but the thing is, I believe that we’ve seen the best of him. We haven’t seen the best of me yet. I have seen the absolute best of him; the Golovkin fight twice, the Danny Jacobs fight, he’s not going to get any better than that.

“I believe on my night — as long as everything is bang-on right for me — I believe I’ve got the beating of Canelo Alvarez, but he’s a brilliant champion. You have to beat the best to be the best.”

The 30-year-old Saunders was last seen on Nov. 9 in Los Angeles, struggling a bit but closing the show with an 11th round stoppage of Marcelo Coceres. Saunders hasn’t really had a rousing performance in his last three fights; the last time anyone was given great reason to be excited about his potential and ability was his Dec. 2017 win in Quebec over David Lemieux. He hasn’t been fully “bang-on right” since then.

Alvarez, 29, has won his last four, beating Gennadiy Golovkin in a rematch after their 2017 draw, and following up with victories over Rocky Fielding, Daniel Jacobs, and Sergey Kovalev in the first three bouts of his 11-fight deal with DAZN.

It’s easy to see how stylistically the crafty southpaw Saunders could be a tough night for Canelo, but if you really look at how long it’s been since Saunders had a standout performance, it becomes hard to see him winning, at least in my view. But if he is back in his truly top form, then yes, he’s tough for anyone at 168.