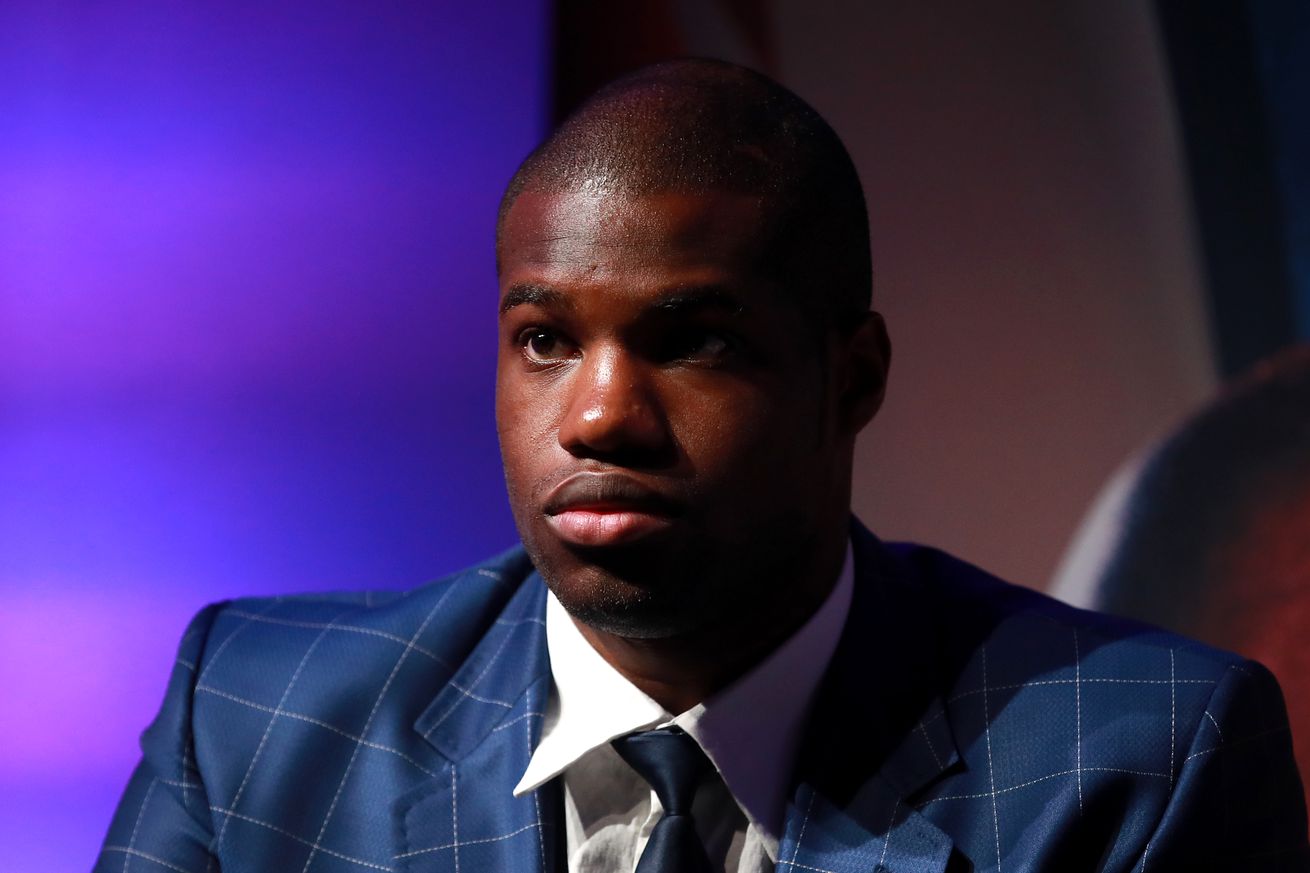 In this COVID-19-climate of nothingness, the start of the next decade only feels like a couple of weeks away.

Sir Edward Hearn, chairman of the British Boxing Premier League (BBPL), has decided to increase the Big Bad Heavyweight Hitters Division from 10 fighters to 11, having acquired the signature of a still 40-year-old Luis Ortiz. “King Kong” hasn’t fought since his fifth KO loss to Deontay Wilder in 2027, but is confident in his chances over a 10-fight season against the division’s best.

Hearn is hoping to tap into the Cuban market even further following Anthony Joshua’s retirement fight against Daniel Dubois landed on one of Havana’s beaches a couple of years back. Dubois is currently top of the BBHHD in the BBPL and owner of the IBF collectors edition, WBC minty-fresh, WBA (medium-sized), WBO universal, and of course, IBO straps in the division, having gone undefeated throughout the last campaign. Efe Ajagba finished a close second with Bakhodir Jalolov in third.

The revolutionary league sees all eleven fighters fight 10 times over 12 months in four-rounders all on the same card. Three points for a KO win, two for a decision win and one each for a draw. The loser takes home nothing but a sack of herbal teas to please the Saudi sponsors.

Match-ZN are continuing in their attempt to monopolise the sport — after amalgamating in 2024 — as they formally announce plans to take boxing to the moon in 2031. The card titled “Face to Face in Outta’ Space” looks set to feature some of Hearn’s “NXTGEN” hopefuls, with return flights reserved for the eight winners. 10-ounce gloves and full space suits with a floating eight-count should one fighter hit the moondust.

Dillian Whyte continues to knock at the door of the WBC as their mandatory challenger; however, a world title shot against Dubois should materialise if he can finish inside the top four of the league standings. Whyte has a “4,000+ days” tattoo on his back emphasising how long he has been forced to wait for his shot at the heavyweight pinnacle.

Frank Warren has recently left the sport, having had his pockets picked by Hearn consistently over the last decade; Dubois’ Queensbury to Match-ZN move proved the straw that broke the camel’s back. The former promoter now resides in an annexe at the bottom of Frank Bruno’s garden in Hertfordshire, England, and is plotting a career back into the boxing world as a translator. “I’ve walked the walk, now I’m gonna talk the talk,” the infamous promotor chimed, despite claiming he’s bilingual simply because he can speak cockney rhyming slang.

The WBA’s secondary heavyweight title (not Dubois’ medium-sized one, duh) has been retired in honour of Manuel Charr. The “Diamond Boy” held the title from November 25, 2017-February 11, 2025 making it the longest title reign in boxing history without a defence. The title will now be renamed as “UnCharrtered” and will hang with pride in his Cologne home.

Tyson Lineal Fury is now CEO of Top Rank boxing following Bob Arum’s step-down late last year. Fury spent years serenading Arum down the Las Vegas strip trying to get him to hand over the keys, with “Give it to me Bobby, uh huh, uh huh,” proving the song in unlocking the 98-year-old’s heart. Fury is now an eleven-a-day guy after upping his rookie numbers over the past decade.

Oleksandr Usyk is the reigning Dancing with the Stars and Strictly Come Dancing champion having swept the board in the US and UK. The former two-weight world champion has swapped jabbing for jiving; rumble for rumba in recent years, enjoying the fruits of retirement in sparkles and sequins.

Derek Chisora’s four-month stint in London’s West End playing Del Boy in the Only Fools and Horses musical has come to an end, with the former world title challenger receiving rave reviews from the media. David Haye’s role as Rodney was cut short after three shows, with the business partners falling out over “artistic differences.”

Andy Ruiz Jr is the new host of Man vs Food, travelling across the States in search of America’s best burger. The “Destroyer” hasn’t fought since his 2019 loss to Anthony Joshua, with a career path in the TV industry more fulfilling and filling.

Murat Gassiev still ha... ah, you get it by now.