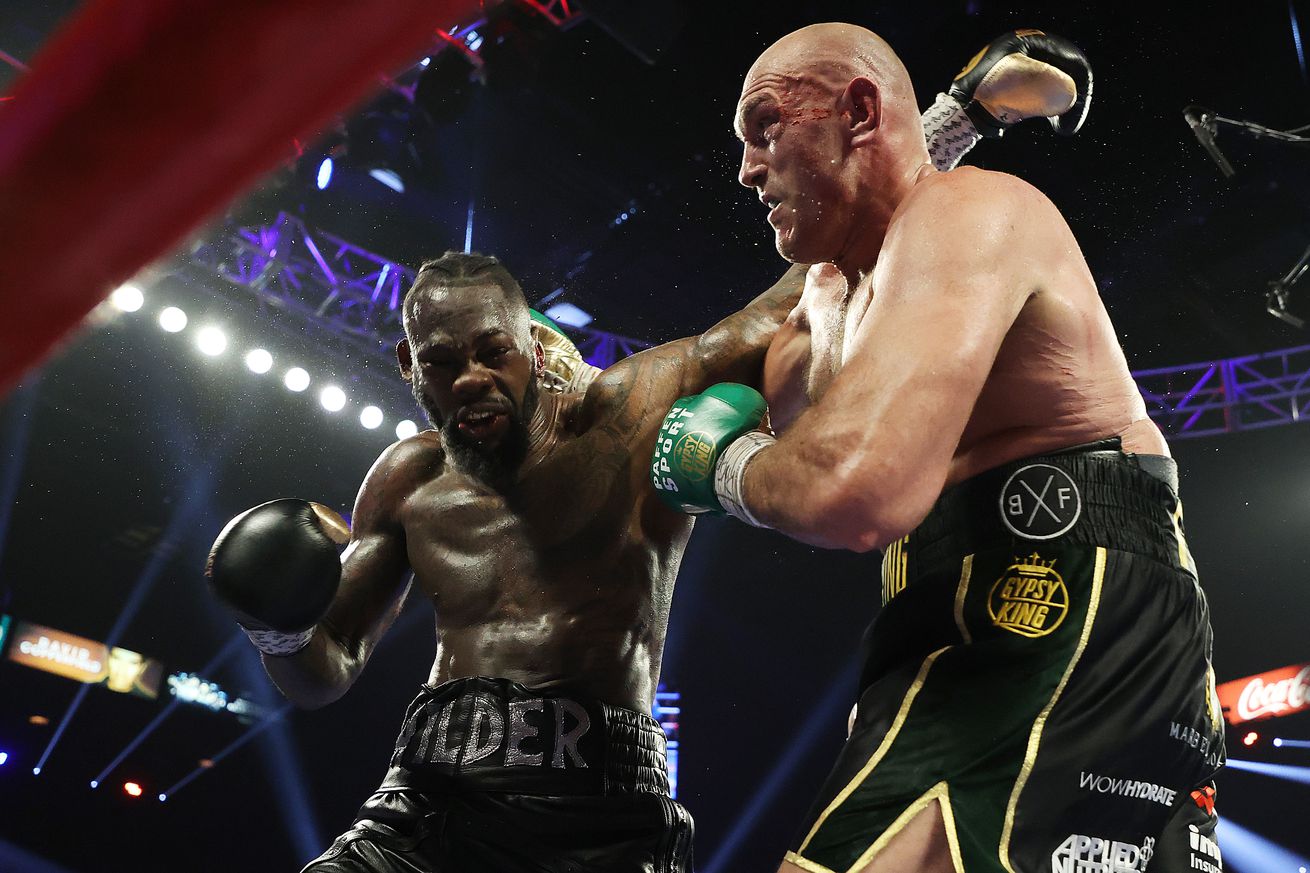 The pair last fought in February, with Fury winning a seventh round TKO.

The planned third fight between Tyson Fury and Deontay Wilder didn’t have an official date yet, but it has joined virtually very other major fight on the schedule (and the Olympics) in the realm of uncertainty.

Bob Arum tells ESPN that the trilogy bout has been pushed back from its expected July 18 date, “possibly” until “early October.”

“We don’t even know if the MGM will even be open by then. ... You could not guarantee the fighters that the event would take place on that date. We couldn’t convince them or ourselves. Where were they going to train for it? It just made no sense. You just have to take a step back. How are you going to sell tickets? It’s absolutely ridiculous to say the fight is on when the Brits can’t even get there.”

This is probably a good thing for Wilder (42-1-1, 41 KO); his loss in the rematch can’t be chalked up to a bad night or just getting caught. Fury (30-0-1, 21 KO) expertly dismantled him, exploiting every single flaw that “The Bronze Bomber’s” meteor of a right hand couldn’t compensate for. It was the sort of mollywhopping that demands either a perfect gameplan or ground-up style revision. and now he might actually have time to come up with one or the other.

I’m sure Wilder’s crack team of engineers could also use the time to create a sleeker, more compact walkout costume. I’m confident they can shave off at least 10 pounds with only minor losses in functionality.