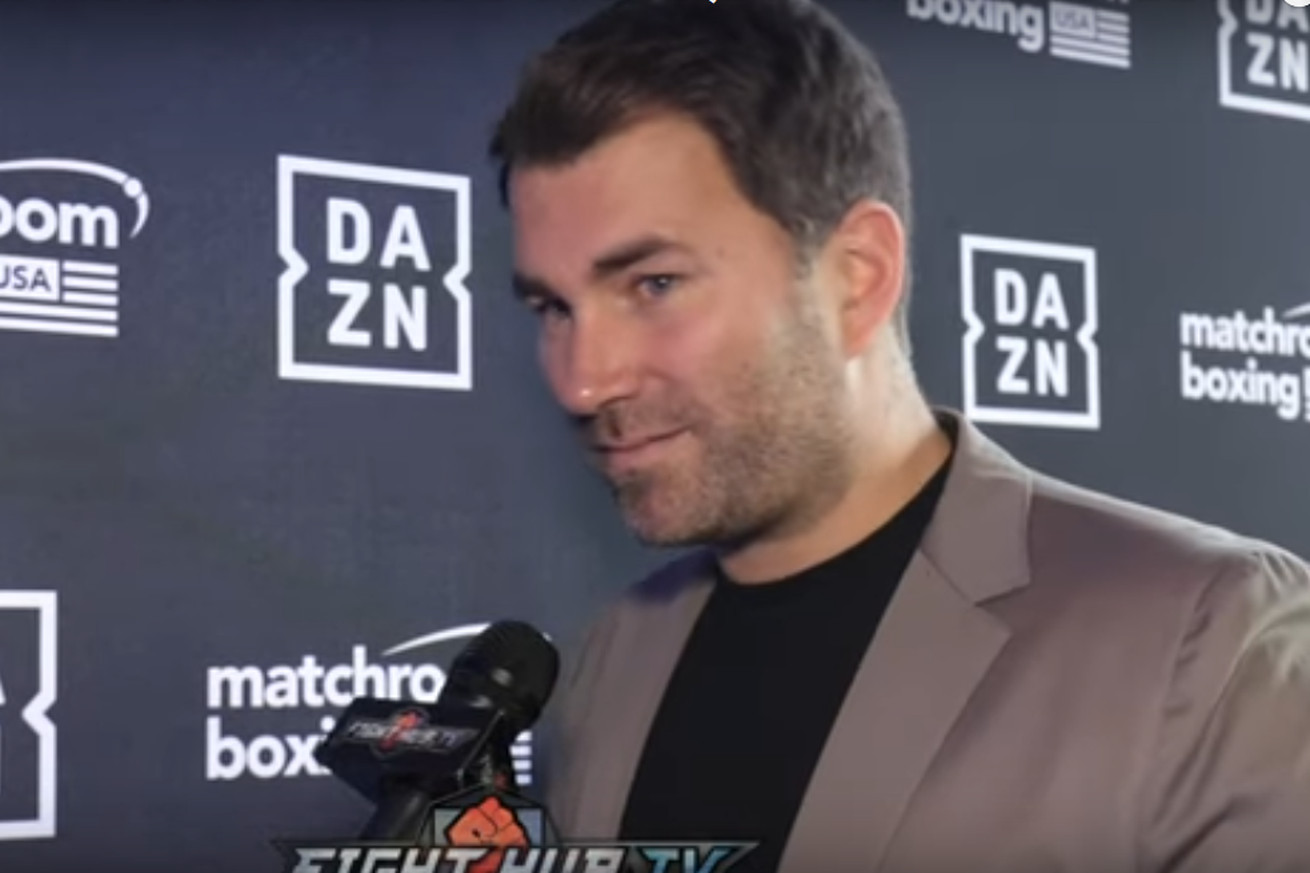 Hearn believes he could potentially bring a Pacquiao-Garcia fight to DAZN.

With Mikey Garcia’s name being floated as a possible opponent for Manny Pacquiao, Matchroom promoter Eddie Hearn talks a bit about where he’s at with Garcia on the platform and believing that Pacquiao’s deal with PBC is up, paving the way for them to potentially meet on DAZN.

“We have the option to match any offer that comes in (to put it on DAZN)...so great position for us to be in, and for Mikey, because he’s in sort of a leveraged position but great for us to know that if this fight works if this delivers the numbers that we think it will, we just keep him.”

On what happens if Garcia gets offered a Pacquiao fight, who is aligned with PBC:

“We can bring Manny (to DAZN), I believe his deal’s up with PBC or about to be...but if we match the money then each stays with us.

“For me, we got two jobs. One is to build a great stable of fighters, which I think we’ve done. Two is about delivering an unrivaled schedule for DAZN. So whilist DAZN wants to keep Mikey on a platform, they also want Mikey to fight on DAZN.”