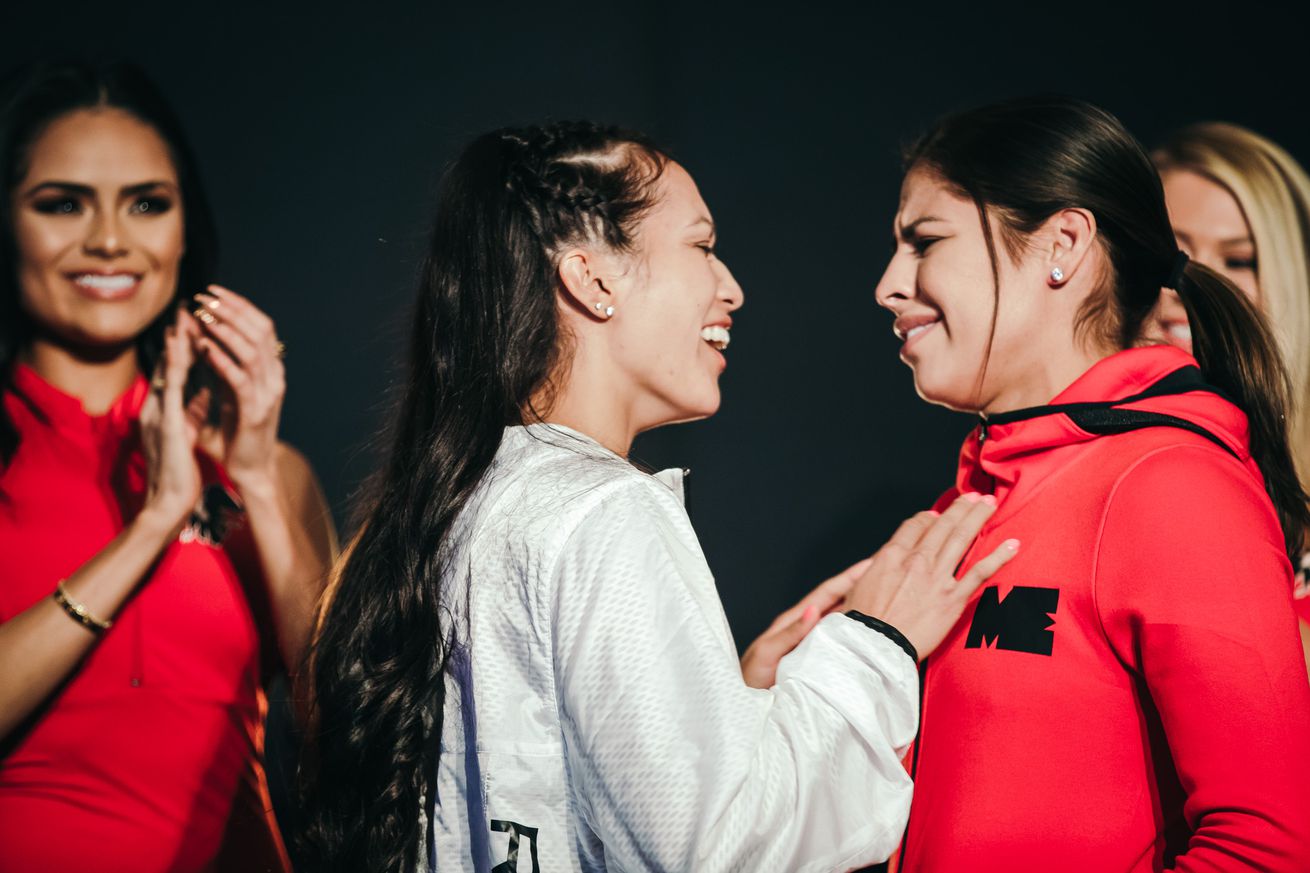 The rivals have talked plenty of trash, and that continues during fight week.

Seniesa Estrada and Marlen Esparza have been on a collision course for some time now, sharing not-so-kind opinions on one another over the last couple of years, and on Saturday, the two flyweights will take to the ring on the Canelo-Kovalev undercard to settle their grudge.

Estrada, 27, and Esparza, 30, are both geared up for the fight, a rivalry that goes back to their amateur days, at least in Estrada’s mind.

”I don’t like her because she used my name to try to get signed before I turned pro,” Esparza, a 2012 Olympic bronze medalist, said. “Before I turned pro, she said I used to run from her in the amateurs. And when I turned pro, a lot of the promoters were asking me if that was the truth. Anyone would get mad getting their name used, and completely not the truth too.”

Esparza also says that she’s the one who made this fight finally happen, not Estrada.

”I forced it,” she insisted. “I forced it for a long time, after I came back I really felt like I needed to go ahead and ask for it because I knew it was going to take a while. It was something that I was promised a long time ago but I’m back and I really want to fight.”

When asked about suggestions from Esparza that she didn’t really want the fight, Estrada shot that down quickly.

”That’s a lie, I’ve been wanting to fight her,” she said. “I accepted this fight before she did and I was ready to go. I don’t fear anybody and Marlen Esparza will be the last one that I fear. I’m just ready to put on an exciting fight for women’s boxing and for the sport on Saturday night.”

The two can agree on one thing: they’re not going to be pals after Saturday.

”I just don’t like her,” Esparza said. “She’ll hate me even more after this. It is what it is.”

”It’s very personal, even after I win I still won’t like her,” said Estrada. “There’s been a lot of talk from her for the past two years. I do my talking in the ring. Saturday night, we’re going to show who’s really the best.”