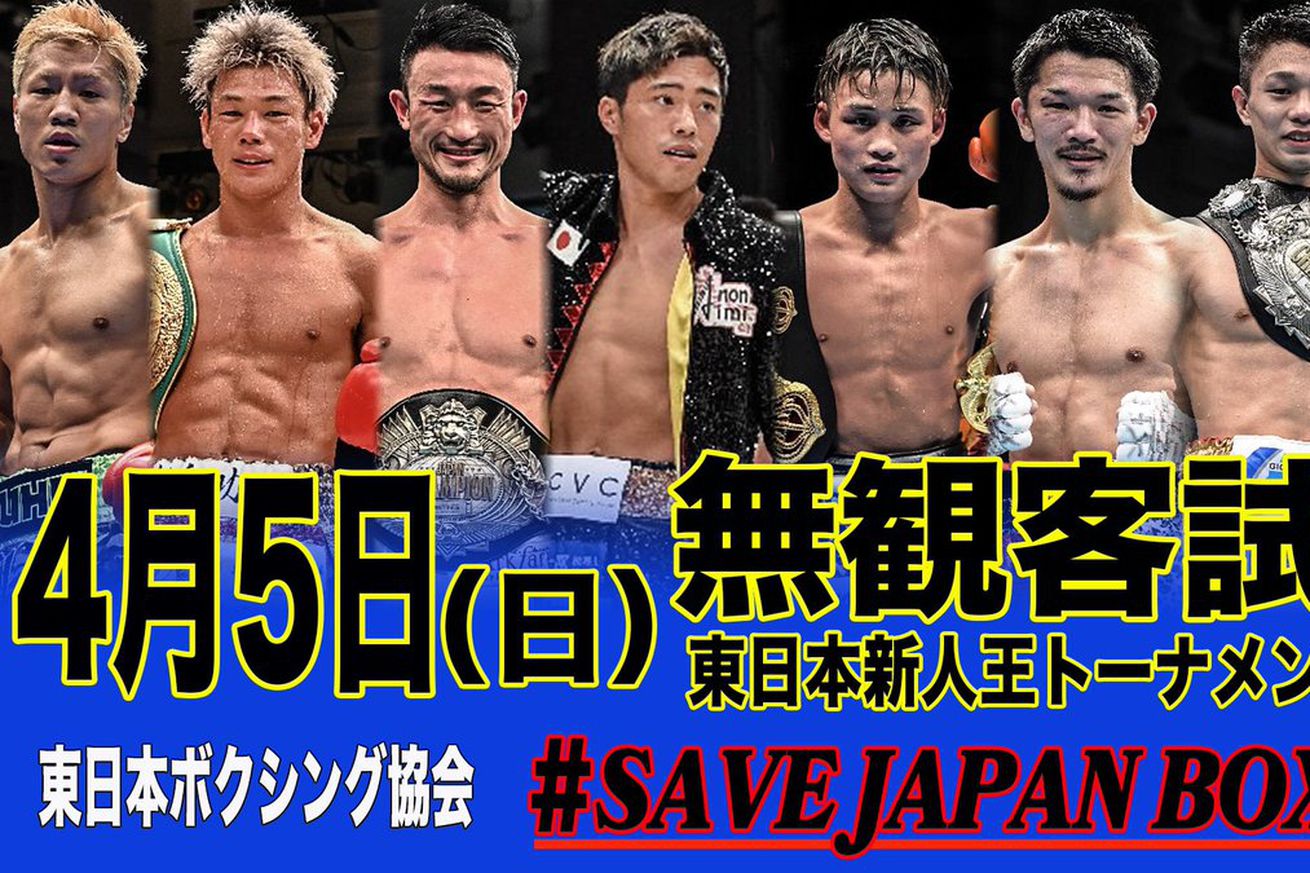 Those who donate can receive shirts signed by Japanese world champions

At least one Japanese show managed to escape the country’s nationwide suspension of boxing: the April 5th East Japan Rookie of the Year Tournament, which will be held behind closed doors. The organization in charge, the East Japan Boxing Association, has elected to air the event live and free on YouTube, offering signed T-shirts from some of the country’s top boxers to those who donate.

No word as to whether the April 26th West Japan tournament will get the same treatment.

According to Asian Boxing, the event starts at “mid-day local time;” noon in Japan translates to 11:00 PM Eastern the previous day, which in this case would be Saturday the 4th. Those willing to tune in will be treated to 16 fights between some of the country’s top youngsters.

Despite a general worldwide crackdown on major sporting events, certain Japanese combat sports have continued on. K-1 held its K’FESTA 3 kickboxing event on the 22nd and the Spring Basho sumo tournament went ahead behind closed doors at around the same time.