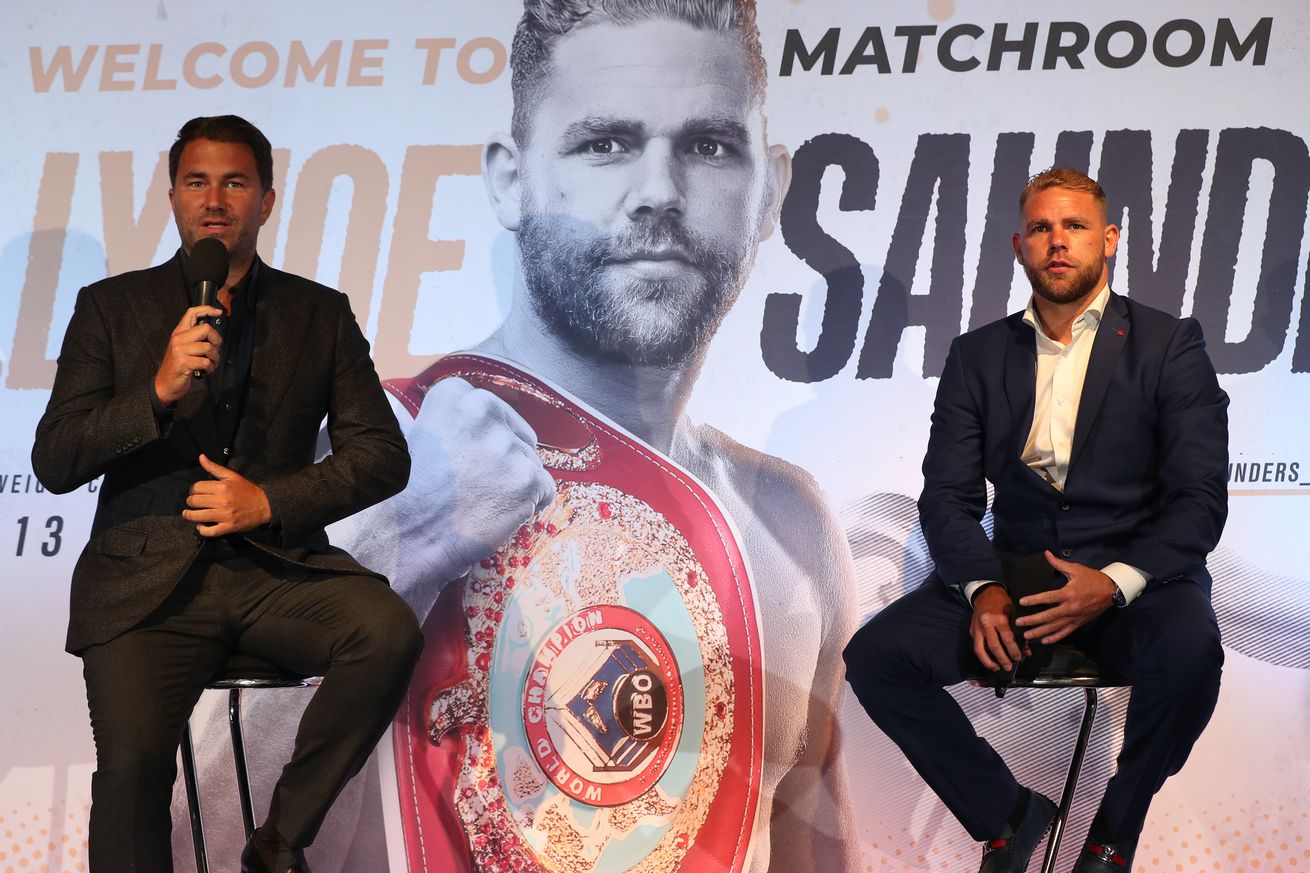 Matchroom promoter Eddie Hearn should’ve expected to have his hands full while promoting Billy Joe Saunders, so this latest news probably won’t come as a surprise to many of you out there.

Saunders, 30, recently took to social media where he posted a video demonstrating how to properly beat your nagging wife at home, and needless to say, that didn’t sit well with a lot of folks. Now there’s no doubt in my mind that the since-deleted video was intended to be taken in jest, but as is the case with many of Saunders’ practical jokes, the optics were bad. Real bad. So bad that even his promoter had to come out to speak against it.

“I haven’t spoke to him. I spoke to his management team last night. I was appalled really. It was so idiotic, it was so frustrating because I know Billy well. He’s a really good kid, with a really good heart. He does a lot for the community, he does a lot for charity, but every now and again he does the most stupid things. The world has changed and realised about all kinds of different things, about how you need to treat people.”

Since the backlash Saunders has received over the video he says he’ll be making a donation to a domestic violence charity and claims he’s even been on the receiving end of some death threats. Saunders claims he only put out the video to make people laugh but it clearly didn’t end up that way. But at this point one must really wonder what it’s going to take for Saunders’ to finally ‘get it.’

It was a little over a year ago when Saunders found himself in hot water with the British Boxing Board of Control for posting an online video showing him offering a drug addicted woman some product in exchange for sexual services. That little prank cost Saunders a £100,000 fine.