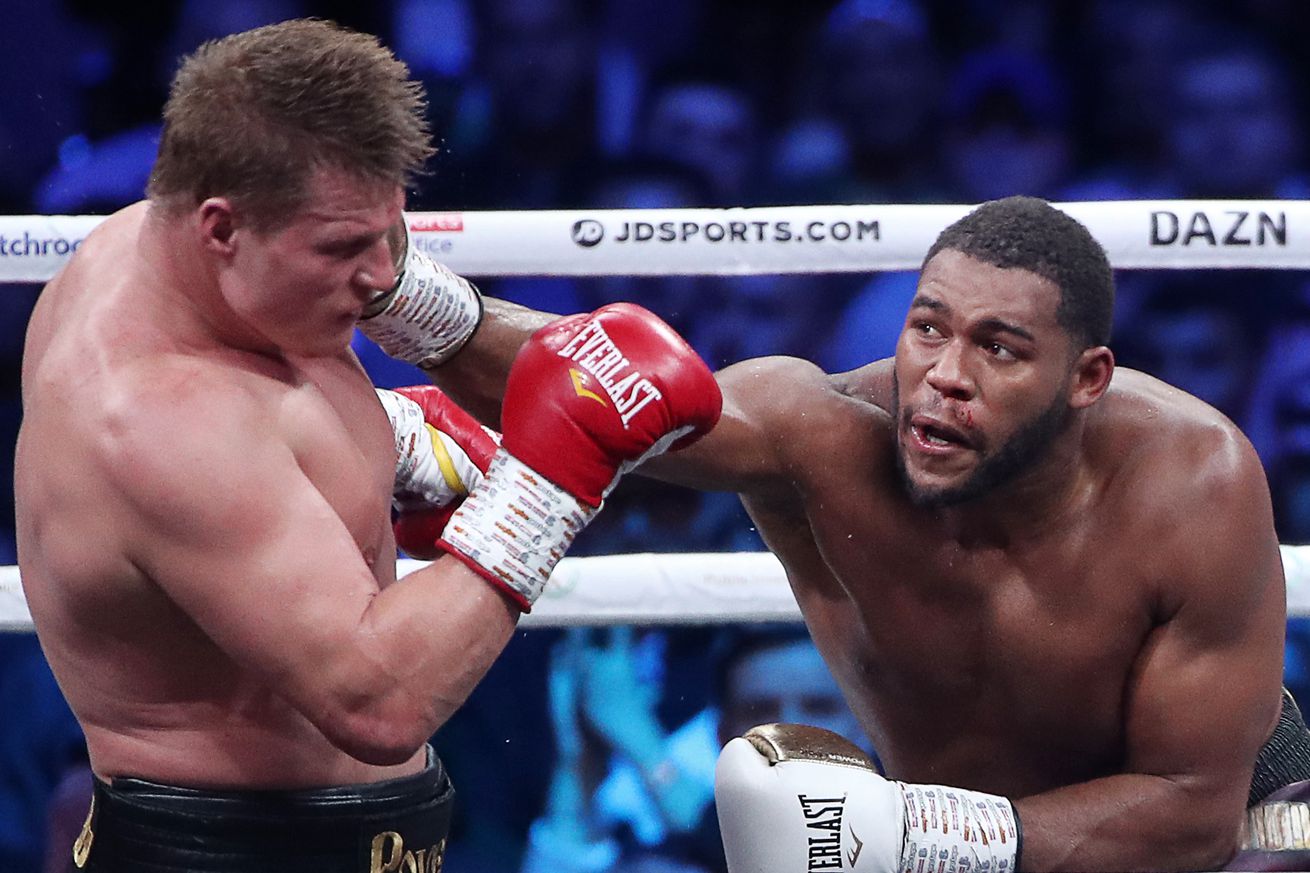 The two Americans could, in theory, line up for an eventual shot at one of the belts currently held by Anthony Joshua.

Heavyweight contender Michael Hunter’s manager says the fighter would like to face Charles Martin, a fellow American, in a possible final eliminator to gain a mandatory shot at the IBF heavyweight title.

Sky Sports quotes Martin Mikolajczak as saying it would be “best to do” a final eliminator with Martin, who is currently ranked No. 2 by the IBF after beating Gerald Washington in a semifinal eliminator on the Wilder-Fury 2 card in February. Hunter is currently ranked No. 4, behind current mandatory challenger Kubrat Pulev (who is slated to face Joshua on June 20 or whatever other date), and Oleksandr Usyk, who is the WBO mandatory challenger already. Joshua also holds the WBO belt, as well as the WBA title.

The 31-year-old Hunter (18-1-1, 12 KO) has looked like a legit contender at heavyweight since coming up from cruiserweight following a loss to Usyk in 2017. He started careful, but has scored a handful of decent wins, including a wide decision over previously-unbeaten Sergey Kuzmin last September.

In his last outing, he went to a draw with Alexander Povetkin on Dec. 7 in Saudi Arabia, and Povetkin remains a legitimate contender in the division.

We’ll have to see how it all shakes out, because right now everything’s on hold, and the longer we wait on Pulev to finally get his shot at Joshua and nobody else is actually fighting, the longer the IBF rankings are going to stay locked in as they are. But there are good enough fights to be made here in Hunter-Martin or Hunter-Helenius, at the very least.