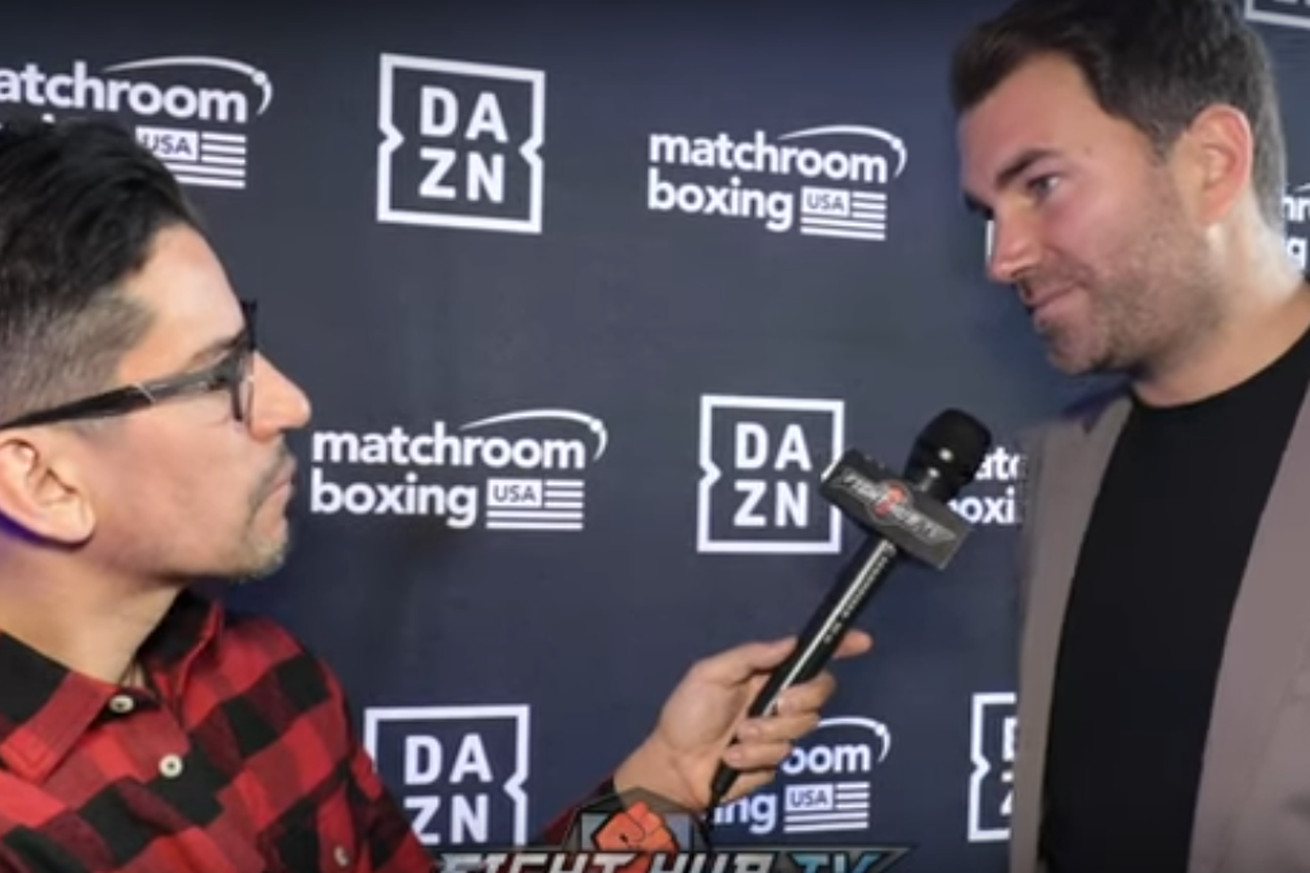 Hearn says AJ would love to fight in the UK next, but that offers the least amount of money.

In this video interview with Fight Hub TV, Matchroom promoter Eddie Hearn takes some time to chat with Marcos Villegas about where unified heavyweight champion Anthony Joshua is likely to stage his next fight and why Joshua showed a different dimension to his game in the rematch with Andy Ruiz. Check out some excerpts below...

On where Joshua is mostly likely to have his next fight:

“He really wants to fight in the UK. UK is probably the least amount of money in the pot. I think the fight at MSG is great — put the demons to the side — Saudi don’t want him to go, they want him to fight every fight out there. So we’ve just got to see, but he would definitely like to fight back in the UK the next fight.”

On if a third fight with Andy Ruiz makes sense for Joshua:

“Not at the moment but AJ will fight everybody and I said in an interview before that fight that this isn’t his last fight win, lose, or draw. He’s gonna fight in 2020, ‘21, ‘22, ‘23, like genuinely. He loves fighting and he’s improving. He will fight everybody and that probably includes a third fight with Andy Ruiz at some point if he keeps winning or even if he’s around...”

On if he heard the rumors that Ruiz wasn’t taking his training camp seriously for the second Joshua fight:

“Not during camp. Like obviously he won the fight...it’s not just the partying, it’s the traveling, you know, Mexican president, talk show, party, media, game show, Jimmy Kimmel, blah blah blah. And that drains you. That was one of the things AJ did wrong, was eating too much of it. It’s like an obligation of being a champion. I don’t think Ruiz partied while he was training at all.

“In fact, what he should’ve done is what AJ did. AJ had loads of excuses for June 1, never mentioned one of ‘em. But Ruiz did straight away was ‘yeah, I did this, I did that’ — he should’ve just said ‘I got beat by the better man, I’ll be back. Congratulations.’

“It’s not that he came in 10lbs heavier, it’s just that Joshua boxed a different fight. At the open workout on the Wednesday everybody, including me, looked at Andy Ruiz and said ‘Fuck me, he looks so fast and so dangerous.’ Yet on the night AJ schools him and everyone says ‘oh yeah, but he was just out of shape.’ If AJ would’ve traded in that fight and got knocked out no one would’ve even mentioned it, they just would’ve said ‘Andy Ruiz is a killer.’”

On Joshua taking some criticism for the way he fought in the rematch:

“The only thing I would say is he’s always done that, he’s always knocked people out. So the only time boxed a little bit similar was Parker, same kind of thing, smaller guy, faster guy, like you’ve gotta do what you gotta do. Every other fight has been thrilling so it’s not like he fights one way and he’s really boring. He just said ‘I have to win this fight.’ I think a lot of what he showed was things people didn’t think he could do. I thought his footwork was amazing, I thought his jab was fantastic, I thought his engine was great, could have done another 15 rounds...