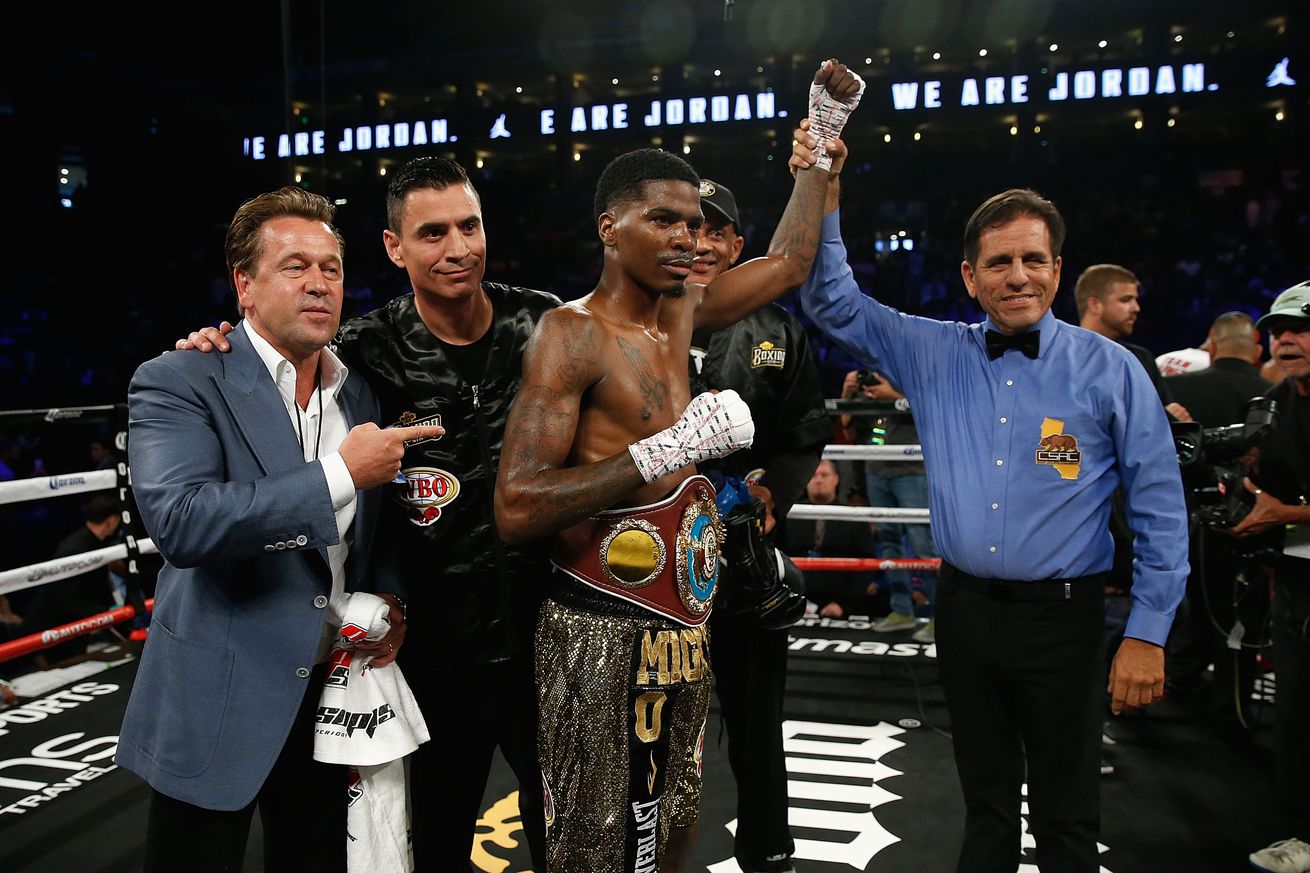 The former 140-pound titleholders will meet on a date to be determined.

Maurice Hooker was another fighter to take part in an Instagram Live chat session with promoter Eddie Hearn this afternoon, and the former 140-pound titleholder got into his upcoming fight with fellow former titlist Regis Prograis and more.

The 30-year-old Hooker (27-1-3, 18 KO) and Prograis (24-1, 20 KO) were set to meet on Apr. 17 in Maryland, but the fight like all others at this time has been postponed due to the coronavirus pandemic. A new date has not been set yet, but Matchroom still plan to do that fight.

Hooker, who lost to Jose Ramirez last July in a barnburner before bouncing back with a quick tune-up win in December, is looking forward to the bout, and it seems a bit more personal to him than we might have thought.

“I just wanna get in the ring and shut this guy up, because he talks too much,” the Dallas native said. “I’m ready for whenever it happens. I’m just gonna go in there and take it round-by-round, listen to my coaches. I won’t go for the knockout unless I see it. I have every skill to beat him, I can out-box him, I can out-fight him.”

As for the idea of not hunting for the knockout, Hooker may have betrayed that in another comment not long after.

“I’m ready to shut him up,” he stressed. “I want to get in the ring with him. I want to knock this guy out, shut him up, and put him on his ass. The fans think I’m the underdog, it’s OK, it’s cool, I’m still gonna beat him.”

Hearn confirmed that something for the fight as far as date and location should be announced soon.

Hooker also was asked about a potential welterweight fight between Errol Spence Jr and Terence Crawford, two guys he knows very well outside the ring. Hooker laughed and wouldn’t make a pick.