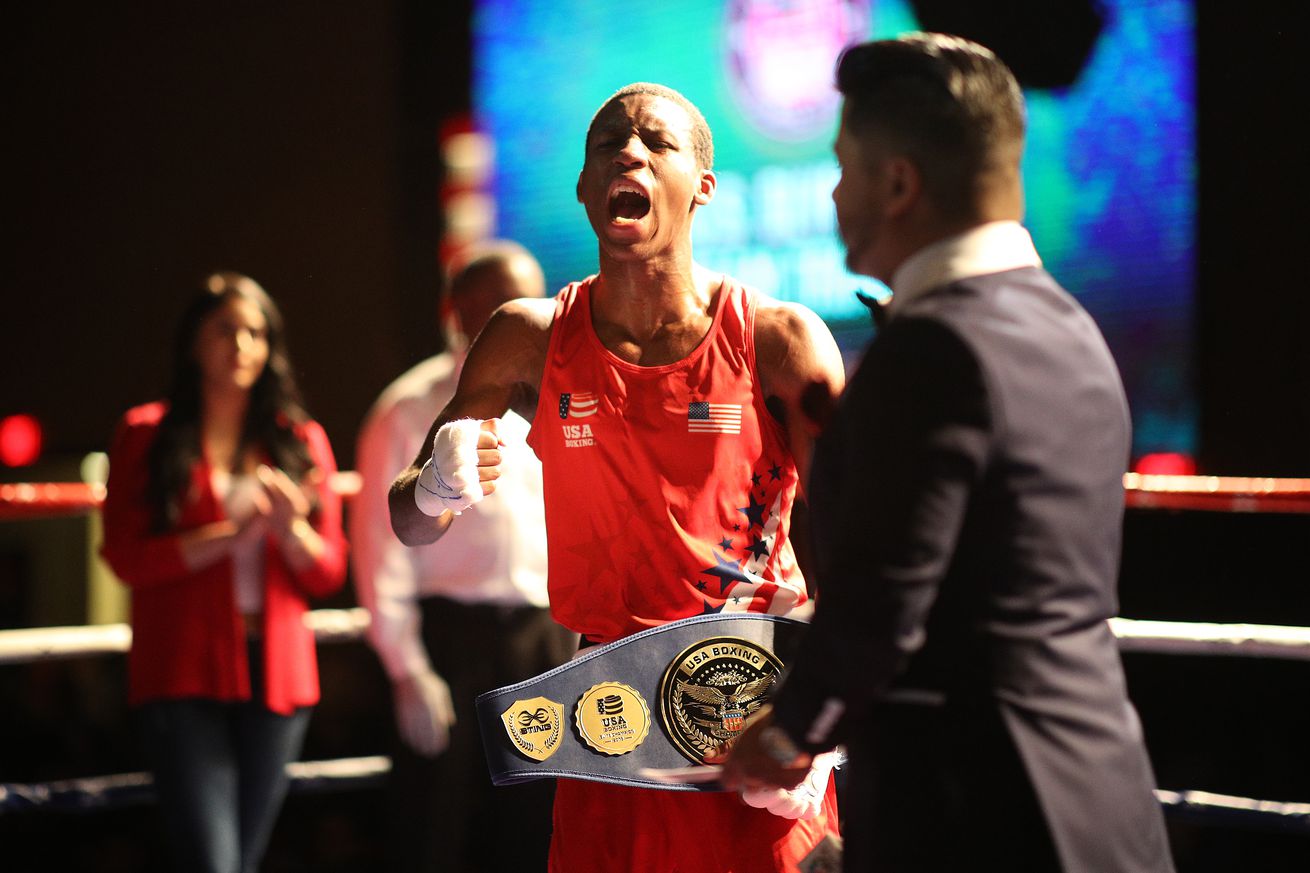 The United States has seen a number of elite amateurs turn pro rather than pursue Olympic gold, including Jared Anderson, Marc Castro, and “likely” Tokyo 2020 hopeful Keyshawn Davis. The Ring’s Ryan Songalia, one of the good guys in our business, sat down with Team USA featherweight Bruce Carrington, for whom gold is still the goal.

The 22-year-old Carrington had something of a Cinderella run at the Olympic Trials last December, defeating the top four fighters despite entering as the bottom seed. Among his victims was 2019 Pan-American Games silver medalist Duke Ragan.

“Duke Ragan is a really, really good fighter,” said Carrington. “I had to make sure that I was just on my Ps and Qs every second of the fight. People kinda forget or overlook that I’ve been in the game for 15 years as well, I have a lot of experience.

His reasons for continuing his pursuit of Olympic glory appear to be a mix of the practical and the sentimental.

“I feel like my negotiation levels will be better than if I was to turn pro early, because I’ll have the Olympic background, all the national championships, and international background,” said Carrington.

“Everybody can’t become an Olympian, the Olympics come every four years, there’s tournaments and stuff like that, even world championships when you become pro, you can get multiple world champions in one year. The Olympics come every four years, so for me to dedicate my life, dedicate my time into doing all of this, I must really want it. I’m not gonna let anybody come in my way and try to get that gold medal away from me.”

The Americas qualifiers were originally slated to take place in Buenos Aires last month; best of luck to Bruce whenever the IOC manages to cobble things back together.

You can watch “Brownsville Born”, a documentary on Carrington’s journey, for free on Vimeo.