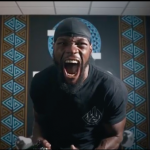 The pandemic is pressing pause on the boxing world, but we will press play, even if in modified form, soon enough. We won’t be seeing if Deontay Wilder can bounce back after Tyson Fury shoved two gloves full of Kryptonite in his face Feb. 22 this summer, but that trilogy bout will unfold in the fall.

It gives Wilder even more time to right himself, adapt, wrap his brain around what went wrong. Or, it just gives him more time to dwell on the doubt, the pockets of self doubt, that could creep in.

Hey, maybe Wilder is already in good mental form, maybe he’s gone through all the stages of grief at losing his “0” and is in a mood to come back better than ever.

Judging by an unscientific personal poll, I’m feeling like most of you think Fury will again snag the W when the Gypsy King and The Bronze Bomber toe the line.

I put it to the young sage trainer, Stephen ‘Breadman’ Edwards, does he think Wilder can beat Fury? Don’t get it twisted. The hallowed can fall from grace in the blink of an eye, especially in heavyweight boxing, says Breadman Edwards. (Photo by Stephanie Trapp, of Edwards’ IG)

“I think he can…now, can and will are two different things,” Edwards said. “I’m not saying I will bet on him in the trilogy, because I saw Fury outbox him moving away, and outfight him going forward. But, it’s heavyweight boxing, Wilder was not 42-0-1 for no reason. Just like Fury knows Wilder, Wilder now knows Fury. You’re talking about a small adjustment, Mike.”

I had to ponder that…Because I am prone to over-reacting, like soooo many of us. Fury looked like an all-time all-star against Wilder. Seeing that, it was hard to shift my thinking, and conjure images that looked unlike the dynamic in the ring Feb. 22. But Edwards help me flesh out my imagination, see this dynamic from a different angle. As any great trainer would…

“There’s been some guys who’ve been flattened and come back, in immediate rematches,” he said. Terry Norris on Simon Brown, Lennox Lewis did it to Oliver McCall and then Hasim Rahman.

So, what’s the key to come back like that?

Does Wilder NEED to be imbued with a massive dose of humility? “A lot of the things that hurt boxers, that’s the same thing that helps boxers,” the trained shared. “Maybe it was his crazy personality that got him to this point. Because let’s admit, he’s not the most skilled guy in the world. So, he had to have a different kind of self belief to get to this point, ten defenses and get to 42-0.”

No, Bread doesn’t know if something happened in camp, something went awry, if there was an injury that maybe next time isn’t there, but wants us to picture it–Deontay Wilder can come back.

“Something obviously was off with his conditioning..if they fix that, maybe come in a little bit lighter..,” he said, ticking off things that could indeed be different when Bob Arum and Al Haymon make that third tango.

“Will Wilder be the underdog, yes, has Fury proven to probably be the superior boxer, yes. But that doesn’t mean Wilder cannot win this fight,” Bread said.

He likes the fact that he sees Wilder raising his hand, volunteering right away to re-enlist.

And damn right Bread made sense when he said Fury surprised many how well he did the first fight…and most punters thought Wilder would KO him in the second fight…so, what’s the pervading wisdom of the masses looking at a third fight? Fury has Wilders’ number, right? Be wary when seeing and hearing group-think, Breadman said.

And yes, Fury IS the most likely winner of fight three…but do NOT write off the Alabama boxer, he repeated.

Wilder, can he up his jab game..and also work on jab dense? If yes, that would help a helluva lot. “He’s still a dangerous dude, it only takes one shot,” he said. Bread recalls Rahman knocking out Lennox, then Lennox do the same to him months later. “Shit happens in boxing, man!”

People are fickle, their opinions waver like laundry on a clothes line, people thought Fury was losing it when he looked only OK versus Otto Wallin. Message…we gotta see how it plays out.

“How I got as far as I got in life, man, was having an optimistic mind. If you keep lettin’ people tell you what you can’t do, you never gonna make it anywhere,” Bread said.

Wilder maybe can will himself to fight the fight of his life next time. And what if that happens, and Fury has an off night? Maybe Feb. 22 was the ultra apex of Fury’s fight life. Maybe this quarantine layoff throws his mental equilibrium off.

“Who knows, man?….I’m not picking Deontay at all, but you gotta know this about boxing, when a fighter fights over his head, and he has that night that everything he does is right, and he’s the best that he ever was before, how many times does he do that twice in a row?”

Bread talked some NBA, how many times do the ATGs score 60 points in a game, and then come right back and score 60 next time out?

“Sometimes fighters shoot their load, they put so much into a fight, and everything so happens to go right for them that particular night, you don’t get that again,” he said. Sugar Ray Leonard, after fighting Marvin Hagler in 1987, he never looked near as good. Fighting Donny Lalonde, Hearns again, Terry Norris and finally Hector Camacho….Only wisps of smoke from the magic act remained.

Bottom line from the Breadman, on Feb. 22, a sum-up, pushing us toward the realization that we have to tune in to see how it plays out in the early fall, Fury v Wilder 3:

“Maybe that was the best possible Fury, and the worst possible Wilder, that happens.”