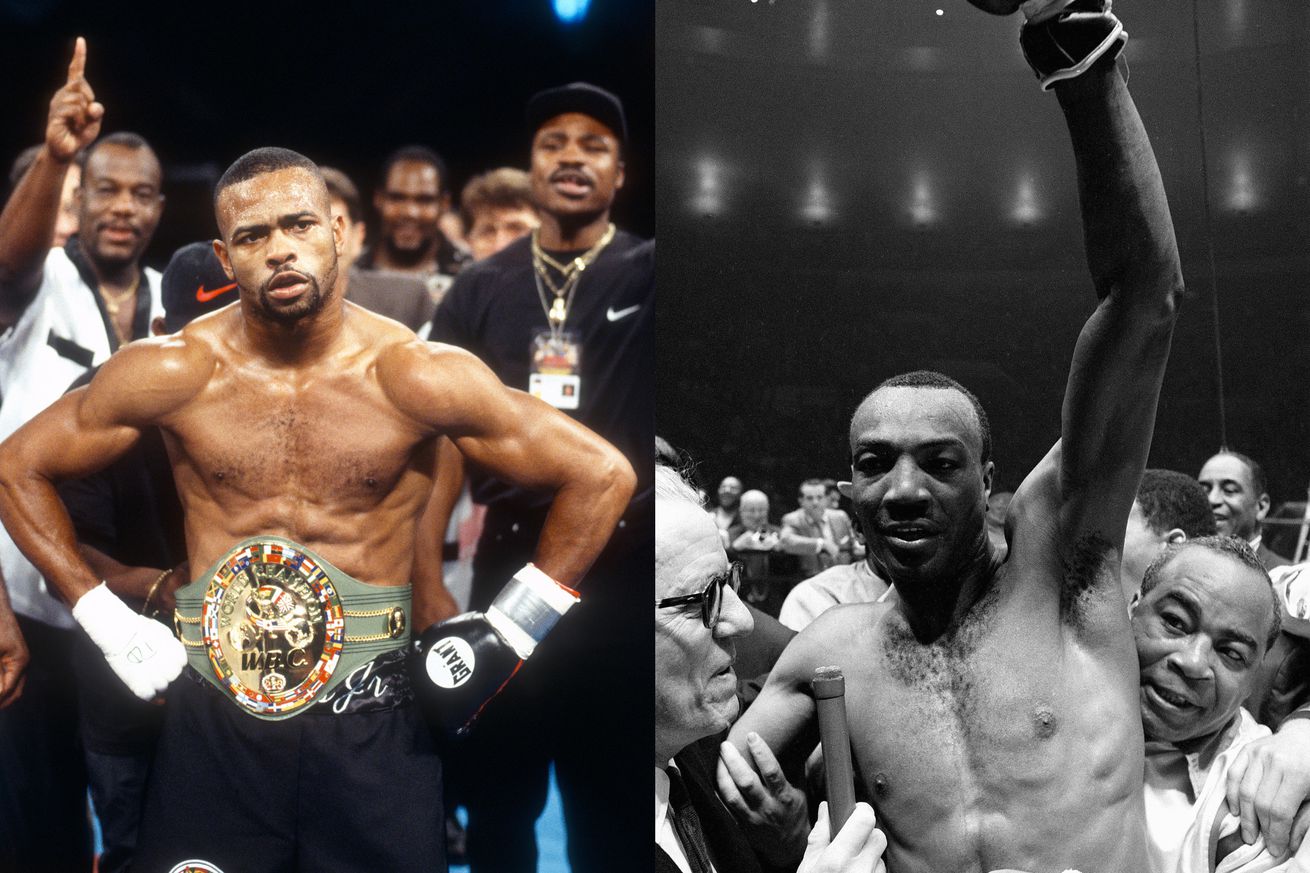 In another fantasy matchup, we’re matching up greats in the light heavyweight division.

We’ve talked heavyweights with Marciano vs Tyson and junior lightweights with Mayweather vs Chavez. Today, let’s take a look at another fantasy boxing matchup, this time at 175 pounds.

Prime versus prime, both at their best. Who wins?

Roy Jones Jr fought professionally from 1989 until 2018, although for the purposes of this discussion we’re really not counting anything that happened to him after 2004, when Antonio Tarver knocked him out in their rematch.

And realistically, that’s not even the Roy you’re thinking of, either; that was Roy after the heavyweight experiment in 2003, when he bulked up to 193 to fight John Ruiz for a WBA belt and won. It’s long been suspected that coming back down in weight like that eight months later for the first fight with Tarver — a debated majority decision win for Jones — screwed Jones up. And I mean, also, he was getting into his mid-30s by then anyway, and Tarver was a damn good fighter, period.

Nah, we’re talking about the human highlight reel period of Jones’ career, when he was just smoking fools at 175 from 1996-2002. Roy had started his career as a middleweight (even dabbled at 154 early on) and was a great fighter there, and in his brief time at 168 (1994-96), he really might’ve been the purely best fighter to ever compete at that weight regularly.

But at light heavyweight, Jones (career record of 66-9, 47 KO) was at his peak in terms of stardom and notoriety at the very least. Starting with his 1996 win over Mike McCallum, Roy went 14-1 (9 KO) through 2002, his only loss coming on a DQ against Montell Griffin in 1997. Less than five months later, he thrashed Griffin in the first round of their rematch.

After he returned to 175 post-Ruiz, he wasn’t the same fighter. He lost three straight to Tarver, Glen Johnson, and Tarver again in 2004-05, and also lost to Joe Calaghe in 2008, a fight where he wasn’t competitive past a flash knockdown in the opening round. He also lost an incredibly stale rematch with Bernard Hopkins in 2010 at the weight.

But to be clear, that’s not the Jones we’re talking about here. Peak Roy Jones at 175. That’s our guy.

On the other side we have Bob Foster, who made his pro debut in 1961 and fought until 1978. Foster stayed at light heavyweight most of his career, though he did dabble at heavyweight, where he wasn’t nearly as successful.

Foster’s career record was 56-8-1 (46 KO). Every single loss of his career, however, his opponent was over the 175-pound limit, and almost all of them were to good fighters, too, save for a couple at the absolute end of his career when he was an old man.

Nicknamed “The Deputy Sheriff,” Foster won the light heavyweight championship in 1968 by knocking out Dick Tiger inside of four rounds. He was a destructive puncher at his best, and he had a way of baiting opponents into reaching and making mistakes, setting up blistering counter shots.

Jones was a colorful, charismatic guy — loud and talkative, peak Roy had the confidence and arrogance of a fighter who knew there was nobody in his weight class that presented him a serious challenge, and though some have chalked that up to a weak class of contenders at that time, you also have to credit his otherworldly skills and athleticism. Of all the fighters in history, Roy is truly elite level for just freaky levels of athletic ability and reflexes, and his hand speed and combinations were incredible.

Foster, on the other hand, was a pretty reserved guy, a pro’s pro. He had the tricks of the trade that the top fighters of his time all seemed to possess, and his pure power as a light heavyweight is up there with anyone’s.

As far as the dimensions go, Foster has some big edges. Jones, again, started as a middleweight; at 5’11” he’s not a tiny light heavyweight or anything, but Foster was 6’3”, and Bob would have five inches of reach on Roy, too.

Could Roy make up for that with his speed, movement, timing, and flashy combinations? Would Foster’s size and thunder and calm approach catch Roy at some point?