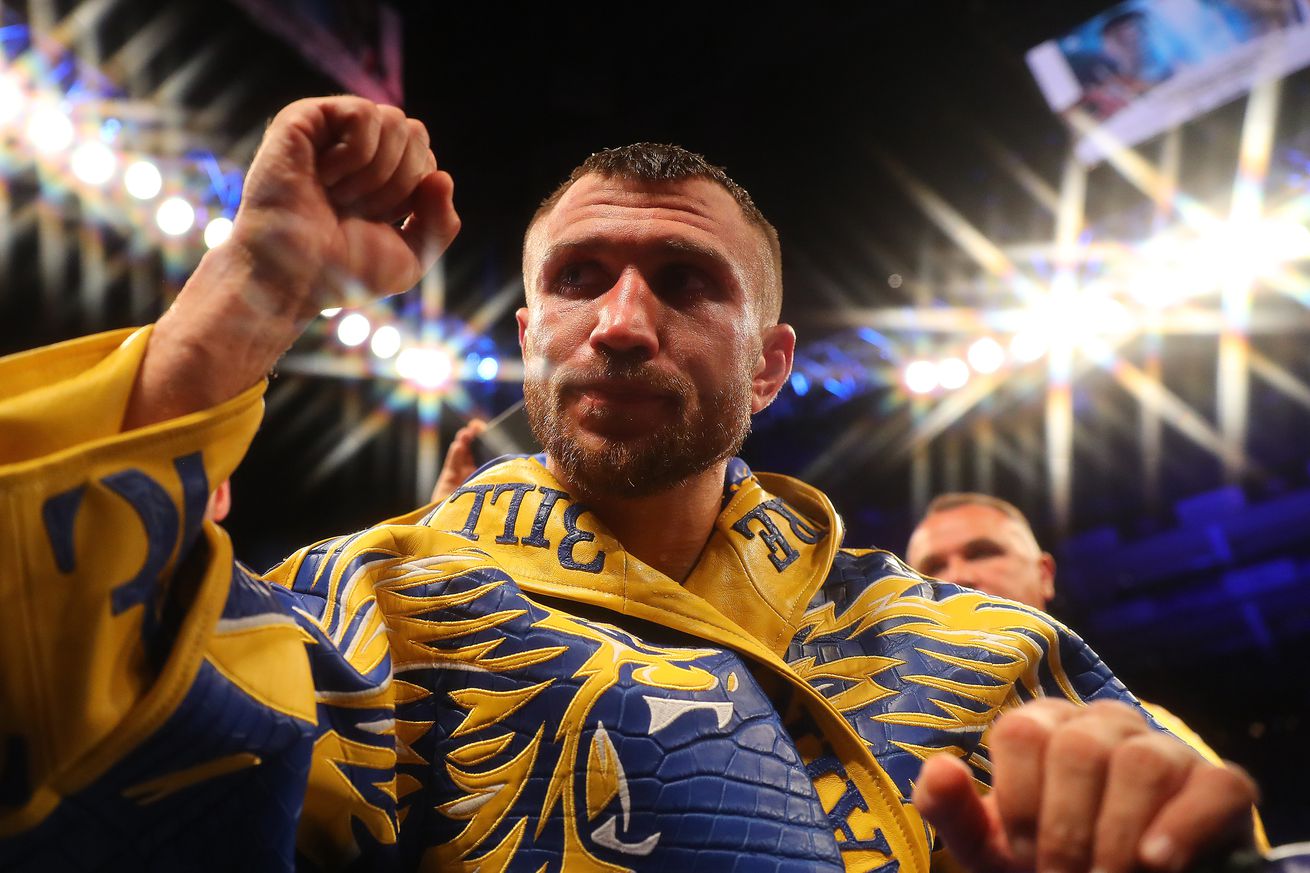 Vasiliy Lomachenko talked about fights that could happen and one that he’d have loved to get.

Vasiliy Lomachenko was expected to face Teofimo Lopez for three lightweight titles — Lomachenko’s WBO and WBA, and Lopez’s IBF — on May 30, but that’s on hold like basically everything else right now.

Lopez (15-0, 12 KO) has been talking plenty about it lately, discussing his annoyances with Lomachenko’s camp in actually getting the fight finalized, and saying he doesn’t care when it happens, he just wants to “kick Loma’s ass.”

So Lomachenko (14-1, 10 KO) sat down over the internet to speak with Top Rank’s Crystina Poncher about that fight and more.

“I really think he’s a good boxer,” Lomachenko said of Lopez. “He’s a top fighter. He’s young, he’s hungry, he has big power. I want this fight, because he’s a world champion and he holds my belt, the IBF title.”

Lopez has said he plans to bully and out-muscle Lomachenko, who is a naturally smaller guy, but Lomachenko doesn’t worry about that idea, and in fact, he sounds coldly confident, as usual.

“It will make it easier,” he said. “It will make my task easier. The most interesting thing for me will be to look into his eyes and his father’s eyes and see their reaction [after the fight].”

Two other top lightweight names have been linked to Lomachenko over the last while. Gervonta “Tank” Davis, a former junior lightweight titleholder, moved up to 135 last December, and there’s been plenty of demand for that fight for some time now.

“Right now, I don’t think he is going to fight me,” Lomachenko said, but he doesn’t blame Gervonta himself. “He might want to fight me, but his promoters are not going to let him. Aside from him, that weight class is getting very interesting. We have a lot of good names in the weight class. Not the champions, but they are in the rankings.”

One of those names is unbeaten Matchroom fighter Devin Haney, who does a fantastic job calling out names and keeping himself in headlines. He had an Instagram exchange with Lomachenko recently.

“DAZN posted something about Haney and he said he would knock me out. So that is why I answered him, ‘Hey, listen, are you serious?’ He has not fought anybody and now he is saying he is going to knock me out?

Lomachenko-Lopez is going to happen at some point, most likely, and there remains a chance we’ll see Lomachenko-Haney and Lomachenko-Davis, too. But what about an opponent if Lomachenko could pick anyone from history?

“I would like to fight somebody who is undefeated, who has a good history, a big name, and I think the person would be Floyd Mayweather,” he said.

Another question compared some of Lopez’s style to Mayweather’s, and Lomachenko commented on Floyd’s famous shoulder roll, counter-punching style.

“It’s not an easy type of fighting. It is not an easy style,” he said. “It is easier to fight attacking fighters who are coming forward. It’s much easier. This type of counter-puncher is more difficult to fight. The winner will be who has the better boxing IQ. But that style with the shoulder, I think I know what I have to do to win.”