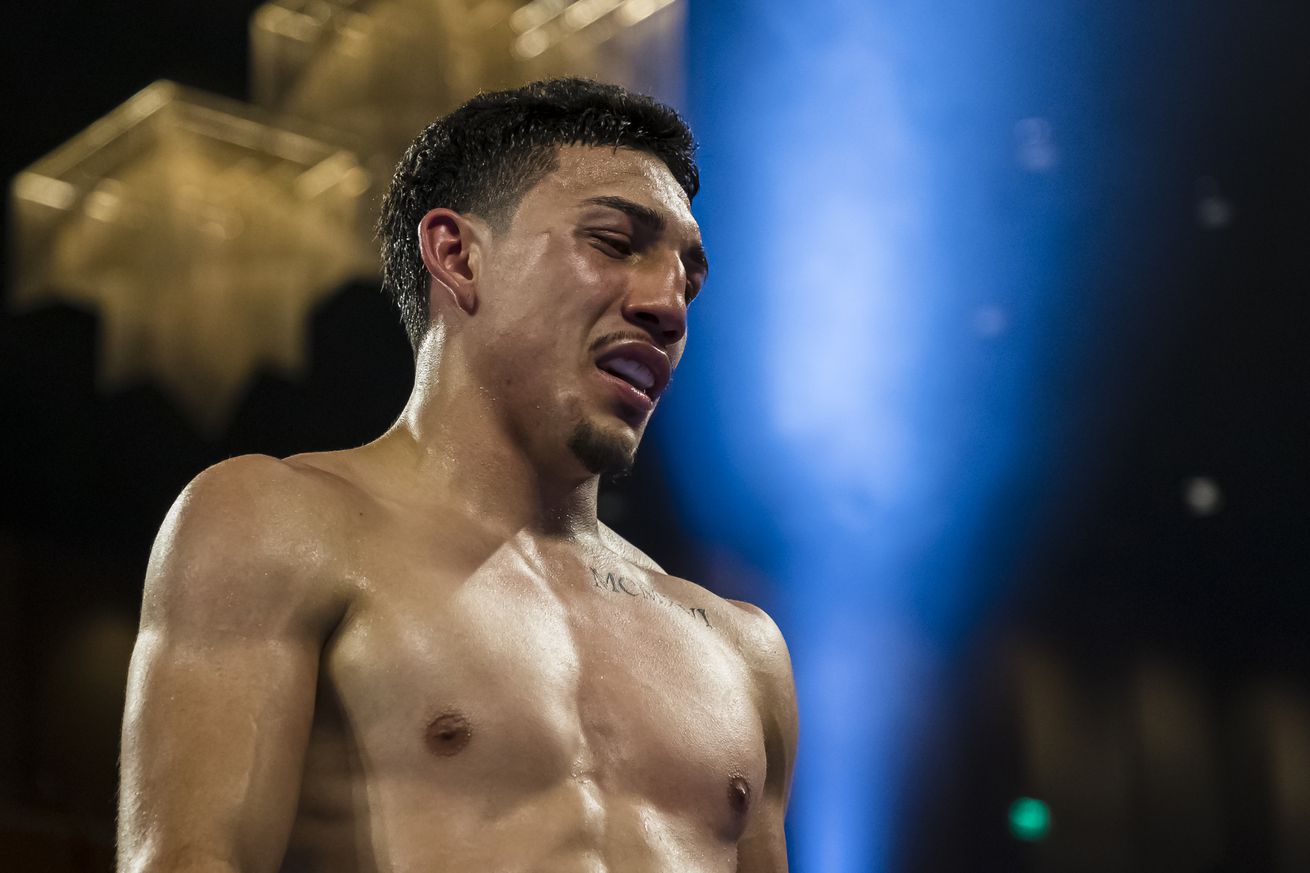 Lopez is weighing about 160lbs during this layoff, but isn’t concerned that he’ll hit his mark when the time comes.

Rising lightweight star Teofimo Lopez (15-0, 12 KOs) might have his next fight lined up against pound-for-pound rated champion Vasiliy Lomachenko (14-1, 10 KOs) once the boxing schedule opens back up, but he’ll certainly have some work to do.

As Lopez and Lomachenko negotiated terms for their unification fight Lopez, who suggested he was running on borrowed time at 135lbs, mentioned that he’d be moving up in weight in short order should the fight not come together quickly. Since then the two fighters have seemed to reach an agreement but boxing has shut its schedule down over the coronavirus pandemic.

Now, per an ESPN report, Lopez is rounding 160lbs — the most he’s ever weighed. That’s going to be a full 25lbs Lopez is going to have to shed for what will be the biggest opportunity in his young career, although he says weight won’t be an issue.

Lopez’s nutritionist backs him up on that accord, assuming they have enough time during training camp to get back down to 135.

“As long as we have adequate time to prepare, I don’t foresee it being a problem,” says his nutritionist, Paulina Indara of Perfecting Athletes. “Teofimo matured so much as a man and a fighter. He knows he’s responsible for himself and his wife. He knows how to buckle down. He knows the script he has to follow. As a team, we can do it.”

I don’t expect that Lopez is in a particularly unique position with all this downtime in the sport, with no real idea when things will get rolling again, but fortune favors the prepared. So in the meantime Lopez might want to bust out those Tae Bo tapes.