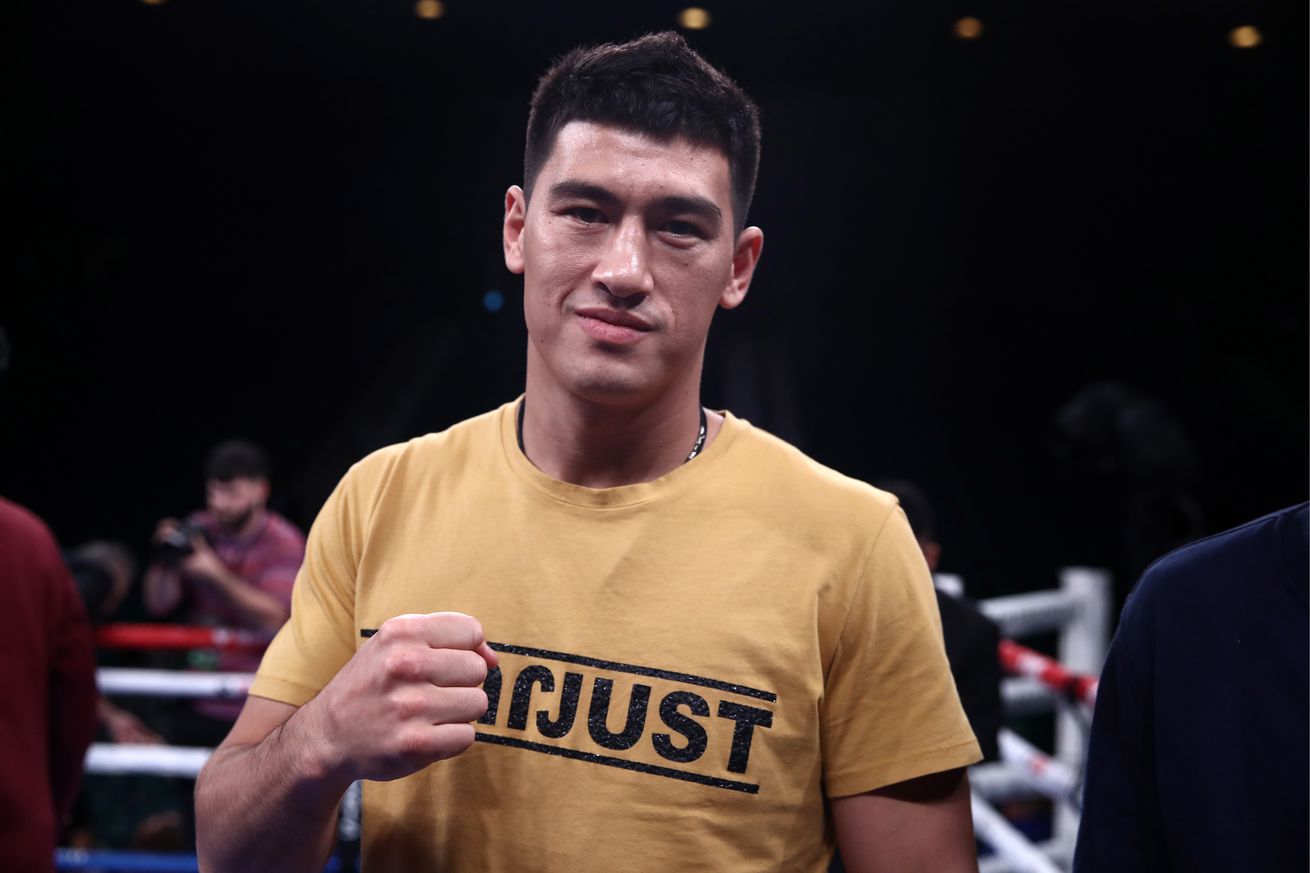 If Billy Joe Saunders’ latest [bad word]-up winds up costing him a crack at Canelo Alvarez, there’s another champion ready and willing to step in for him. K2 Promotions sent out a press release today pushing for a clash between Canelo and WBA light heavyweight titlist Dmitry Bivol, whom they claim “is ready to fight on the first available date when boxing returns.”

“I’ve said now for over a year that I’m ready, willing, and able to move down to super middleweight and fight Canelo,” said Bivol. “I have been training throughout the COVID-19 crisis and have watched on social media that Canelo has as well.”

“I know that my team and Golden Boy Promotions have discussed this option, and we are willing to make the fight on very reasonable financial terms. My team understands that unlike many other opponents, my goal is not the payday but to face the best in boxing today. I know I can beat him, and the real rewards will come after this fight.”

Manager Vadim Kornilov, accidentally identified as “Vadim Bivol” in the release, and World of Boxing president Andrei Ryabinski both chimed in as well.

Said manager Vadim Bivol, “We are willing to work out a much more reasonable deal than what was paid to Canelo’s recent opponents to make this fight. For Dmitry, it’s more about the opportunity to dethrone one of the very best fighters in the world.”

“I have heard that DAZN and all other parties involved are supportive of this fight, but whenever the name is brought up to Canelo, he says he would never do it; however, I don’t know how much truth there is to this. It would be great to know if he is ready to fight other top champions in his division that are on the same network and are ready to make a simple and appropriate deal as there are not that many of them. I strongly believe that Dmitry Bivol at Super Middleweight is the toughest test for Canelo.”

Continued Andrei Ryabinsky, head of World of Boxing, “Dmitry wants to fight the best, and Canelo is all the way at the top of that list right now. This fight will have to happen sooner or later; the fans want to see a fight where Canelo will really be tested.”

Bivol (17-0, 11 KO) has been more or less untouchable since demolishing Trent Broadhurst for the belt in 2017, handily defeating the likes of Sullivan Barrera, Joe Smith Jr., and most recently Lenin Castillo among his five defenses. Despite his obvious skills, there’s a sense that he hasn’t truly been challenged yet, and his unwillingness to chase a finish even against nonthreatening opposition has led to some less-than-watchable performances.

He would definitely be among Canelo’s (53-1-2, 36 KO) stiffest tests to dates, certainly the toughest out since the Golovkin duology. There shouldn’t be any promotional hurdles considering Golden Boy’s partnership with DAZN, either. If Bivol’s confidence in his ability to make 168 pounds is well place, this is a very makeable and intriguing matchup.