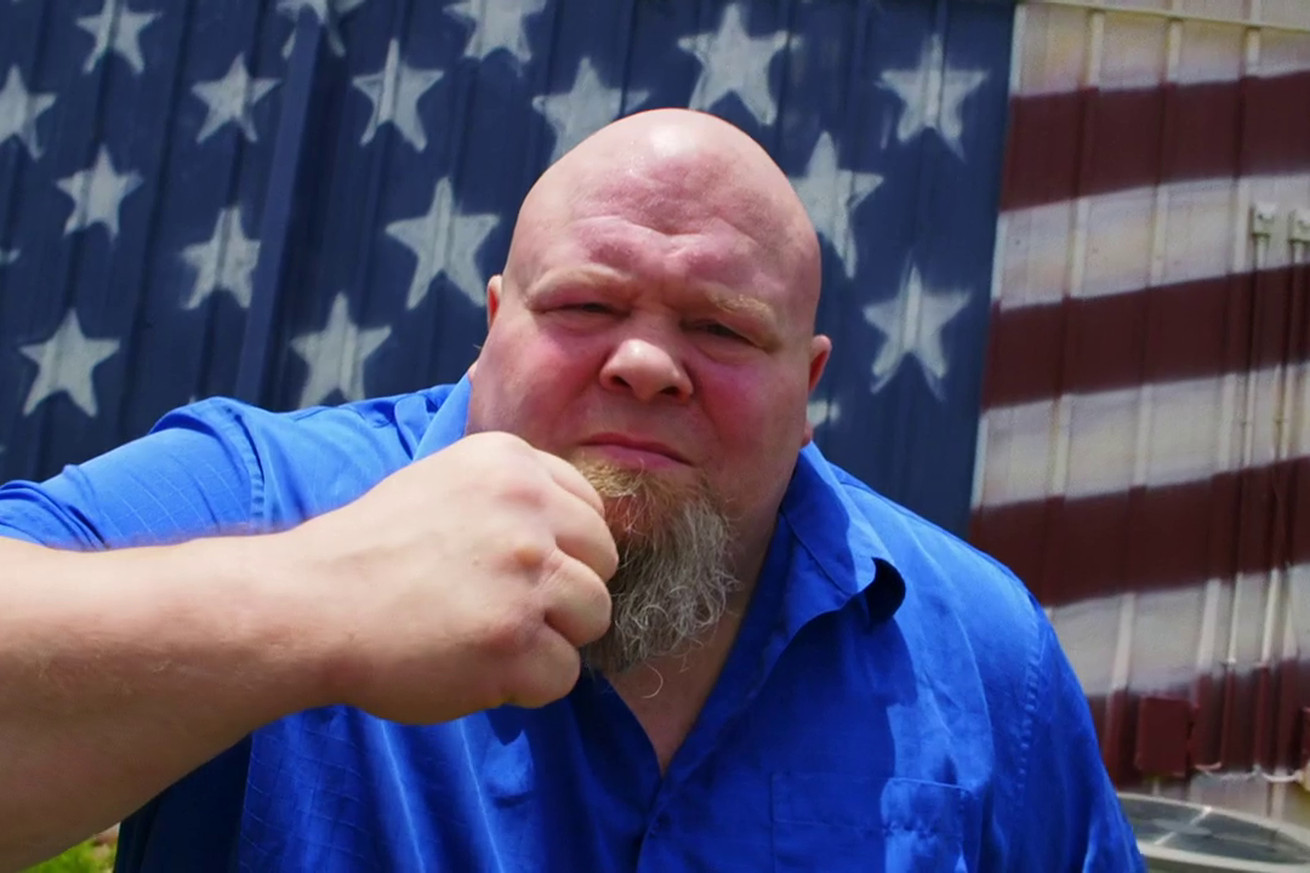 Pro boxer Eric “Butterbean” Esch infamously destroyed a pro wrestler at WrestleMania in 1999, and remembered the meeting on VICE TV’s “Dark Side of the Ring.”

We mentioned the show last week, but on Tuesday night, VICE TV premiered their “Dark Side of the Ring” episode covering the WWF’s (now WWE) infamous “Brawl for All” tournament from 1998, a legit shoot-fighting tournament that ended in a lot of bad fights, a lot of injuries, and some upset folks.

And ultimately, it led to one of the strangest chapters in the history of the company’s biggest annual show, WrestleMania.

Bart Gunn (real name Mike Polchlopek) had won the 1998 tournament in an upset. Most in the company expected the winner would be Steve “Dr. Death” Williams, a legit bad dude and former star athlete at the University of Oklahoma, where he was an All-American in football and All-Big 8 in wrestling.

But Williams was in his late 30s by 1998, and after suffering a hamstring injury in their fight, “Dr. Death” was knocked out flat by Gunn, who wasn’t a pro fighter in any sense, but had plenty of punching power for what basically amounted to a televised toughman contest.

Gunn’s tournament win didn’t lead to much. Had Williams won as expected, the legend is it was planned for him to work a feud with Stone Cold Steve Austin, the WWF’s top star at the time. Gunn didn’t get that.

His “reward” wound up being sitting at home and waiting for the company to find something for him to do. In early 1999, WWF chairman Vince McMahon got an idea: a legit fight at WrestleMania XV in Philadelphia between Bart Gunn and Eric “Butterbean” Esch, the king of the four-round slugfests and a popular attraction in boxing.

“My understanding is when Bart knocked out ‘Dr. Death,’ Vince got pissed, so they called me in for his punishment,” Esch said on the show.

Gunn, who was 35 at the time, was a good athlete but not a trained fighter. He was hesitant, but wanted to get back in the thick of things, too.

“I think it was presented to me, and I was, like, ‘Ah, I don’t, y’know — sure, I guess,’” Gunn said. “Because I was sitting at home. I was tired of sitting at home. They said, ‘Hey, we’re gonna send you to a boxing school,’ and they start teaching me how to box.”

Charles Wright, who portrayed the character The Godfather at the time, had also been in the tournament and lost to Bart Gunn in the semifinals. He recalled a weed-smoking session at a WWF show ahead of time where Butterbean made a clear prediction.

“Me, Butterbean, and Gillberg were chillin’, I think me and Gill were smoking, Butterbean wasn’t smoking,” Wright said. “We were talking about it. Butterbean told me, he said, ‘Listen, I’ve already told Vince. You guys are tough guys, I give you that, but you’re not professional fighters. I will beat that kid in seconds. It’s two different sports, he has no chance against me.’”

Then-WWF head writer Vince Russo, who came up with the entire concept for the tournament, said he was in the crowd watching the fight go down at WrestleMania.

“Now I’m out there as a green boxer, trying to — ‘OK, hold my hands like this, hold my feet like this,’” Gunn said.

“When Bart tried to box, I said, ‘This is it. I got him now,’” he said. “So I just went in charging, just give him a couple good shots, put him to the mat. Then I went to the corner, like, ‘Man, I hope he don’t get up, ‘cause it’s gonna be bad if he does, ‘cause he’s wobbled.’ When Vinny let the fight go on, I’m, like, ‘Aw, Vinny, you don’t wanna do that, he’s out of it.’ So I just give him one last good right hand. His head actually turned around backwards.”

If you’ve never seen the fight, here it is in its entirety, with boxer Vinny Pazienza serving as referee:

“I’ll be honest,” Butterbean says now. “He would’ve had that 50/50 chance if he went out and brawled like he did with the other guys. But with me, he actually tried to box, which was stupid.”

He also remembered what happened when he got back home.

“I got home and my kids come home from school, and they’re a little upset,” he said. “They go, ‘Dad! My friends told me you killed a guy on TV! You killed Bart Gunn!’ I said, ‘He’s not dead, he just looked like it.’”

Gunn wound up released by the WWF shortly after, and took his pro wrestling career to Japan, working under the name Mike Barton. He had a solid run there, and also came across Butterbean, who was in the country to compete in mixed martial arts.

Gunn says he thought about possibly getting a rematch with the big man from Alabama. He turned to MMA and in 2006, beat Wesley “Cabbage” Correira, an MMA veteran, in a fight in Hawaii. He says he received a call about facing Butterbean in MMA, but it was on a few days’ notice, and he balked, wanting a full camp to prepare for a shot at redemption.

The fight never happened. Gunn would take one more MMA bout in 2006, losing a decision to Ikuhisa Minowa at Pride Bushido 13, but he’s always wondered about doing it with Butterbean again.

“It could’ve turned out the same way, he could’ve beat me again,” Gunn said. “But I would’ve gotten to do it a little bit better, my way. This may sound crazy to a lot of people, but that’s just kinda the way I’m driven. Then time passed and some things happened in my life, and after that I was kinda done with the whole fighting thing. I didn’t do it anymore.”

If you didn’t watch the episode last night, try to catch a replay, as it was a decent hour of entertainment about a bizarre chapter in pro wrestling history, one you don’t even have to be a wrestling fan to appreciate on some level, as it’s simply a weird story that almost everyone agrees is one of the worst ideas in the history of that business.