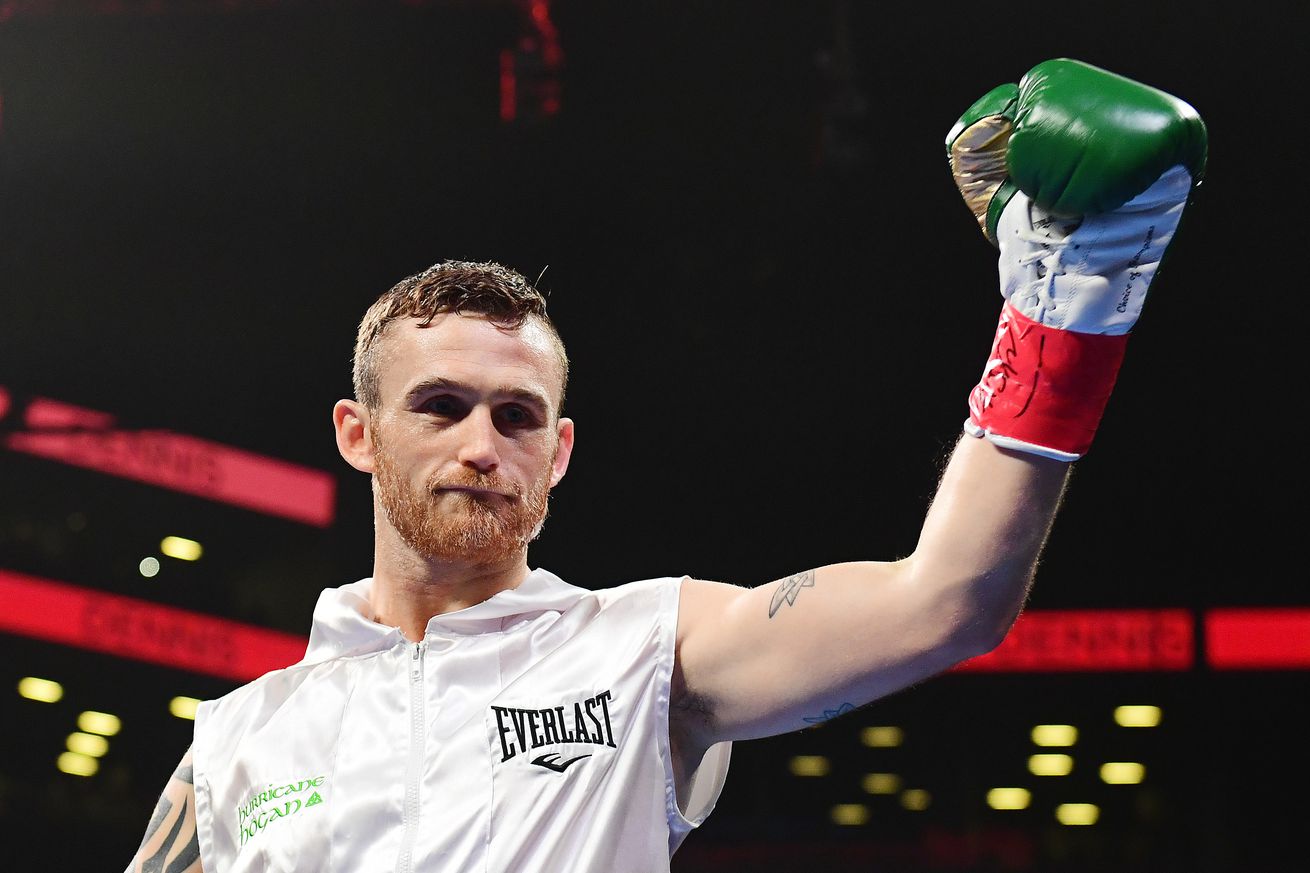 Hogan has lost two straight tile shots against Jaime Munguia and Jermall Charlo, though the former was highly controversial

Hard-luck contender Dennis Hogan has revealed that he’ll be returning to 154 pounds for his next bout, which he claims will take place Stateside.

“I will be moving back to my ideal weight of super welterweight for my next fight in America,” Hogan explained online.

Hogan (28-3-1, 7 KO) had not lost since an unsuccessful 2015 title fight against Jack Culcay when he got the call to face Jaime Munguia for the latter’s WBO super welterweight belt. Though a massive underdog, he appeared to have gotten the better of the young slugger after 12 rounds, only to walk away with a majority decision loss. As a consolation prize, he received a crack at Jermall Charlo’s WBC belt six pounds north, which went a bit worse.

He is presently unranked at 154 pounds after that little excursion, though a tune-up win or two could very easily get him at least a spot in the WBO top 15. Anyone got a compelling opponent for his return to the U.S. of A.?