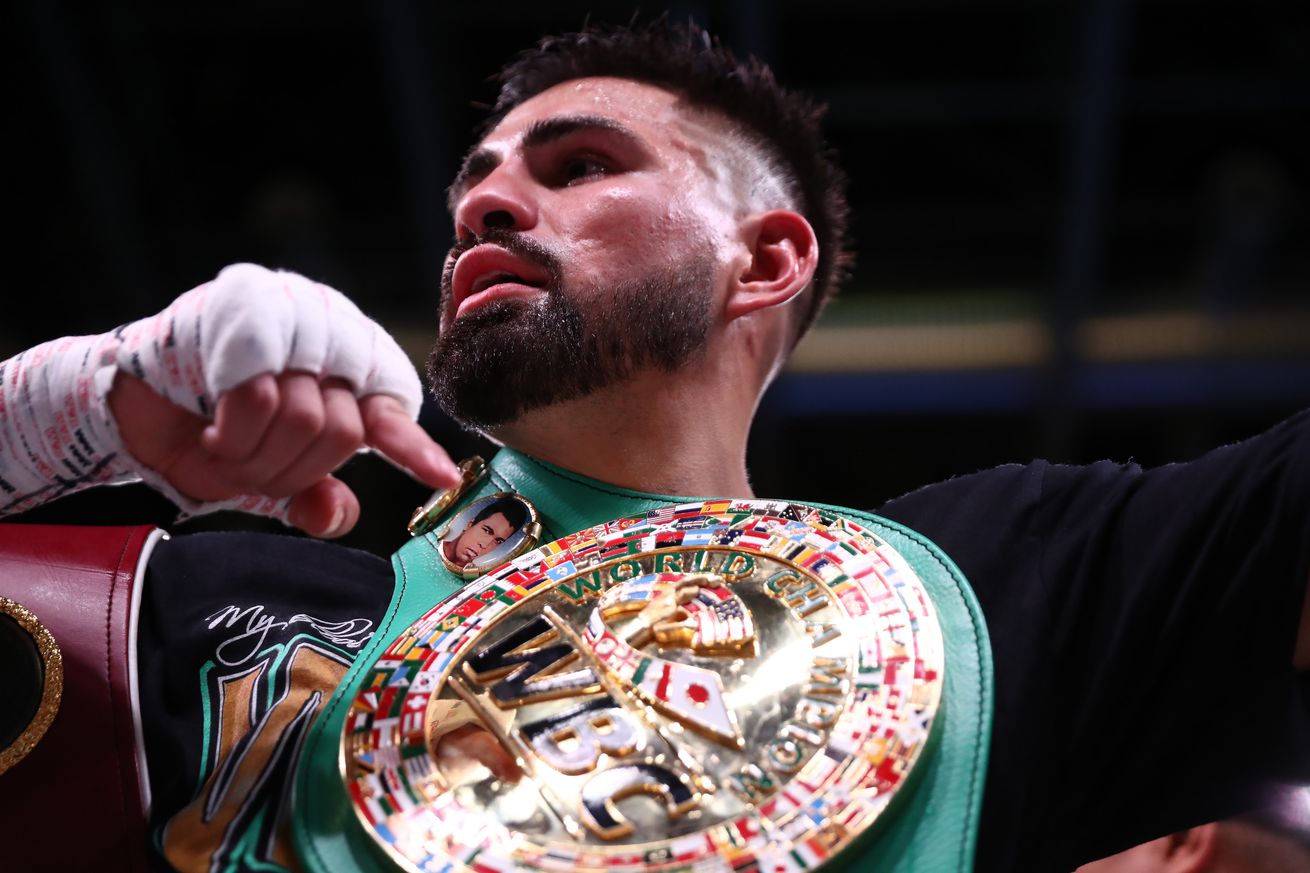 Ramirez still plans to go for all the belts at 140, hoping it will lead to bigger stardom for a move to 147.

Unified WBC and WBO junior welterweight titleholder Jose Ramirez and former titleholder Viktor Postol have perhaps been hit harder than any fighters in boxing with the coronavirus pandemic, as their scheduled bout has been postponed twice now due to the COVID-19 crisis.

The rescheduled May 9 date in Fresno, where Ramirez is a strong live draw, has also now been postponed with the virus hitting American soil hard.

The 27-year-old Ramirez is understandably frustrated, having sacrificed about half a year in camp for a fight that has now been delayed twice.

“I’ve been training for this same fight since November,” he told Top Rank’s Crystina Poncher.

He also revealed that he’s had his mind on moving up to the welterweight division, but wasn’t planning to do that until 2021.

“I had a plan for 2020, just like any other fighter. I had a plan to fight three times. I was happy I was going to start early and hopefully move to the 147 division next year. So it throws me off and sets me back. But everything happens for a reason, I believe, and right now we just gotta stay safe.”

But even with the setbacks, Ramirez is looking to stay at 140, and his goal remains to become undisputed champion.

“I think I owe it to myself to fight for all the belts,” he said. “If I were to move up to the next weight class, people would still have doubt about who’s the best 140-pounder, because there’s another guy with two belts.

“I really want to prove a lot of people wrong, I want to do it for myself. I know I can be the best 140-pounder in the world, I can see myself with all those belts. And once I do that, it’ll put my name more out there worldwide, and make a stronger impact at 147, knowing the undisputed world champ is moving up from 140.”

The other guy with two belts, of course, is Scotland’s Josh Taylor (16-0, 12 KO), who holds the WBA and IBF titles. Taylor recently signed with Top Rank, making an undisputed title fight between the two way more doable than most are. He was set to fight a mandatory challenger in Apinun Khongsong on May 2, a week ahead of Ramirez-Postol, but that fight is also off and will need to be rescheduled.