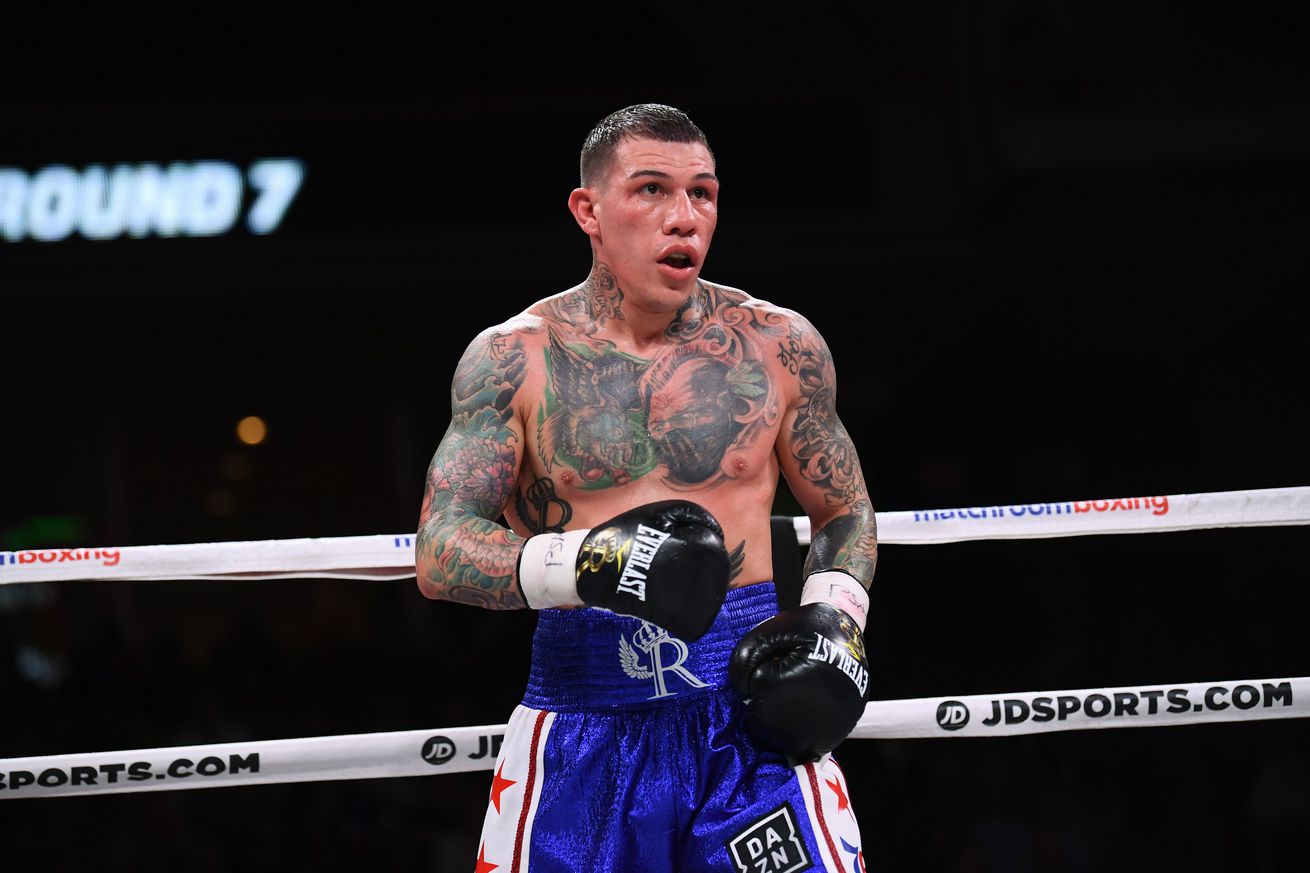 The veteran battler and the former titleholder are likely to fight when boxing returns.

Gabriel Rosado has been campaigning for a fight with Daniel Jacobs, and all signs are pointing to that becoming a reality for both whenever boxing returns.

Rosado (25-12-1, 14 KO) was on standby in December in case Julio Cesar Chavez Jr didn’t actually make it to his scheduled fight with Jacobs (36-3, 30 KO), but Jacobs-Chavez went off after several hitches.

Rosado, 34, still wants that fight, and we know the 33-year-old Jacobs wants it, too.

Speaking with promoter Eddie Hearn in an Instagram interview session on Friday, Rosado talked about the beef between the two.

“We’re two East Coast guys, he’s from Brooklyn, I’m from Philly. We were supposed to fight years ago, way back when I fought Peter Quillin [in 2013],” Rosado said. “He was up to fight the winner, and it just stirred from there.

“I’ve said some things he didn’t like. I called him a bootleg Andre Ward, he didn’t like that. He threw shots back and that’s where it came from. I think the fight is huge just in boxing period, but especially on the East Coast. I’ve headlined in Brooklyn and in Madison Square Garden, so I have a fan base in his town.”

(All things being fair here, Rosado has never headlined Madison Square Garden. He thought at the Theater venue there against Gennadiy Golovkin in 2013, but that also wasn’t the main event of that HBO show, which was headlined by Orlando Salido vs Mikey Garcia. Just wanted to note that before someone else did.)

Rosado also believes that now working with trainer Freddie Roach, he’s got a better focus than ever before.

“Me and Jacobs did a camp years ago in the Poconos in Pennsylvania,” Rosado added, going back to how long they’ve known one another. “I’ve seen his style throughout the years. I’m with Freddie Roach now, we just had a great camp, preparing as if we were fighting Jacobs, thinking Chavez would drop out. I felt great at 168, a lot stronger. I walk around, like, 185. So for me to get down to 160 takes a lot of work. I like my chances with anybody at 168 right now. With Freddie Roach, we’re ready for anyone in the division.”

He says that with prior trainers, he could be a bit of a control freak, and when they didn’t stay on him, he would sort of take over the training himself, which is not the case with Roach.

“I’m going on 15 years pro, which is crazy. Bernard Hopkins says you’re lucky to have 10 years, so 15 is insane,” he said. “But I’m sharp, I have the experience, and now bringing in Freddie for this next chapter, that’s going to open everything up. I think for sure we’re going to surprise the 168-pound division. My goal is to win a world title, whoever it is. Other than the Golovkin fight, I haven’t been dominated in losses.

“I’ve been my own worst enemy. But staying sharp, having a good camp, and bringing in a trainer like Freddie. I’m a control freak, but with Freddie, I literally just did whatever he wanted. That was something new.”

“Number four, because he’s inconsistent, is Saunders,” he said. “Saunders is the most beatable out of all of them, because he’s inconsistent. I would put Plant at three, even though I like Plant a lot. But he hasn’t fought a big name. Then I would put Benavidez at two and then Smith at number one. I would really consider Canelo the top guy. Benavidez is a really good fighter, but he’s still young, there’s a lot of learning he has to do.”

It all swung back around to his real focus, though, which remains Daniel Jacobs. If he doesn’t beat Jacobs, he’s not getting a world title fight, and he truly believes he will beat Jacobs, whom he feels is overrated.

“I will knock out Danny Jacobs if the fight happens. I can beat Danny Jacobs, I see a lot of flaws in his game. I think he’s more hype than anything. I like the guy, but I don’t think he’s what he’s supposed to be.”