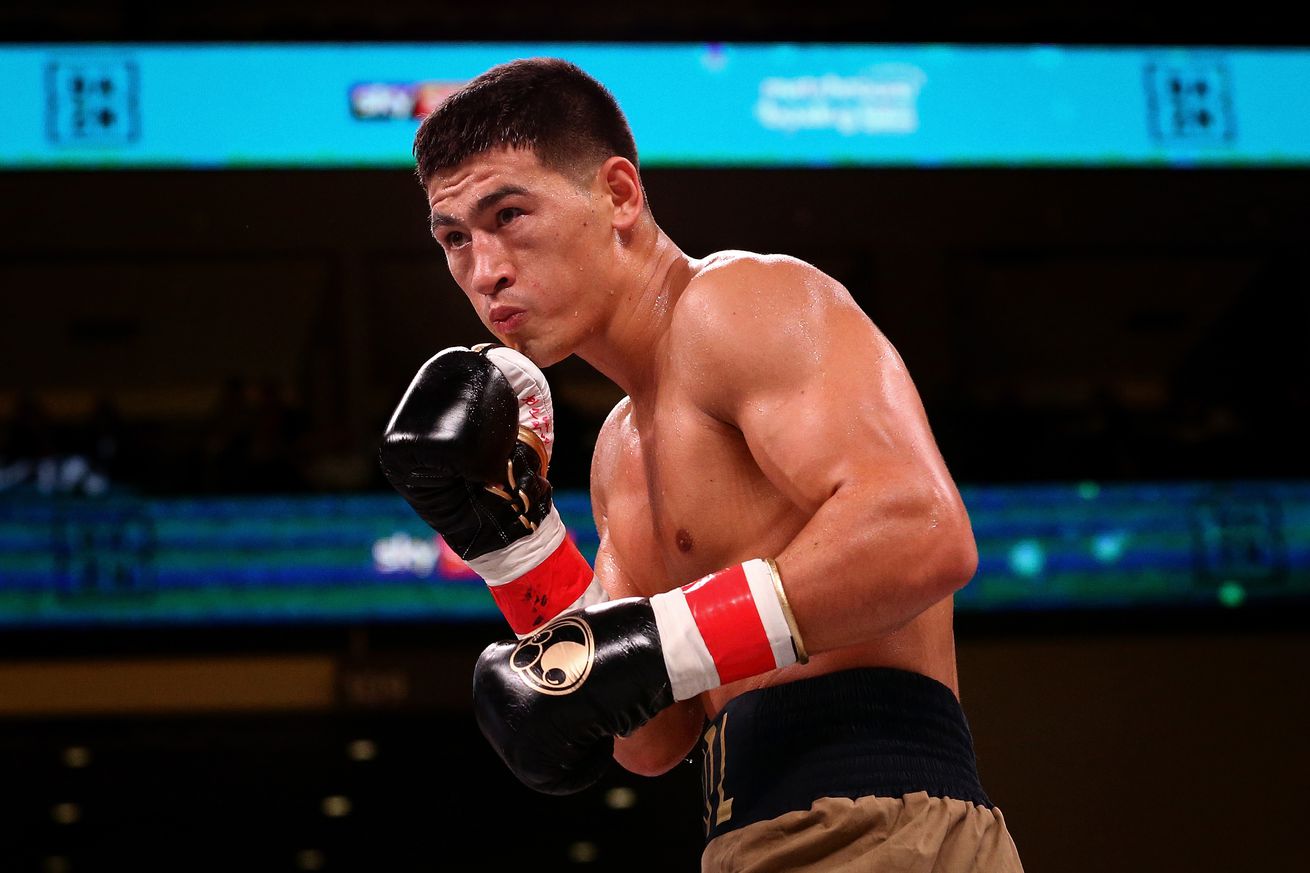 The light heavyweight titleholder wants the big fight, but he knows there’s another one people want to see, too.

WBA light heavyweight titleholder Dmitry Bivol is looking to make a big fight when boxing gets back to normal.

We’ve heard repeatedly that he wants a fight with top superstar Canelo Alvarez, and he’s said again recently that he’s still willing to go down to 168 pounds to make a fight like that happen. And he told Eddie Hearn on Friday that it’s not just about money, either.

“I want to fight against him to make my own history,” Bivol said, speaking in ever-improving English. “And then it’s about money. Of course we are here to earn money, but it’s not my goal, to get more money. I have enough money, I’m happy. But first of all I have to use my skills and show my talent to the boxing fans. That has made me more happy than money.”

A fight with Alvarez (53-1-2, 36 KO) is definitely the biggest possible fight Bivol could do at 175 or even 168, but he knows that at light heavyweight, there remains another fight a lot of fans would love to see, which is a matchup with WBC/IBF titleholder Artur Beterbiev.

Beterbiev (15-0, 15 KO) is a fellow Russian and widely seen as the top 175-pound fighter in the world after his destruction of Oleksandr Gvozdyk last October.

Bivol said he greatly respects the danger of Beterbiev, but he sees the fight as one worth doing.

“It’s a great fight. It’s a really tough fight for me and for him,” Bivol said. “We know each other. Artur Beterbiev is the most dangerous fighter in the world, or one of the most. He has power, he’s really powerful. But he has two belts and it’s worth the risk.”