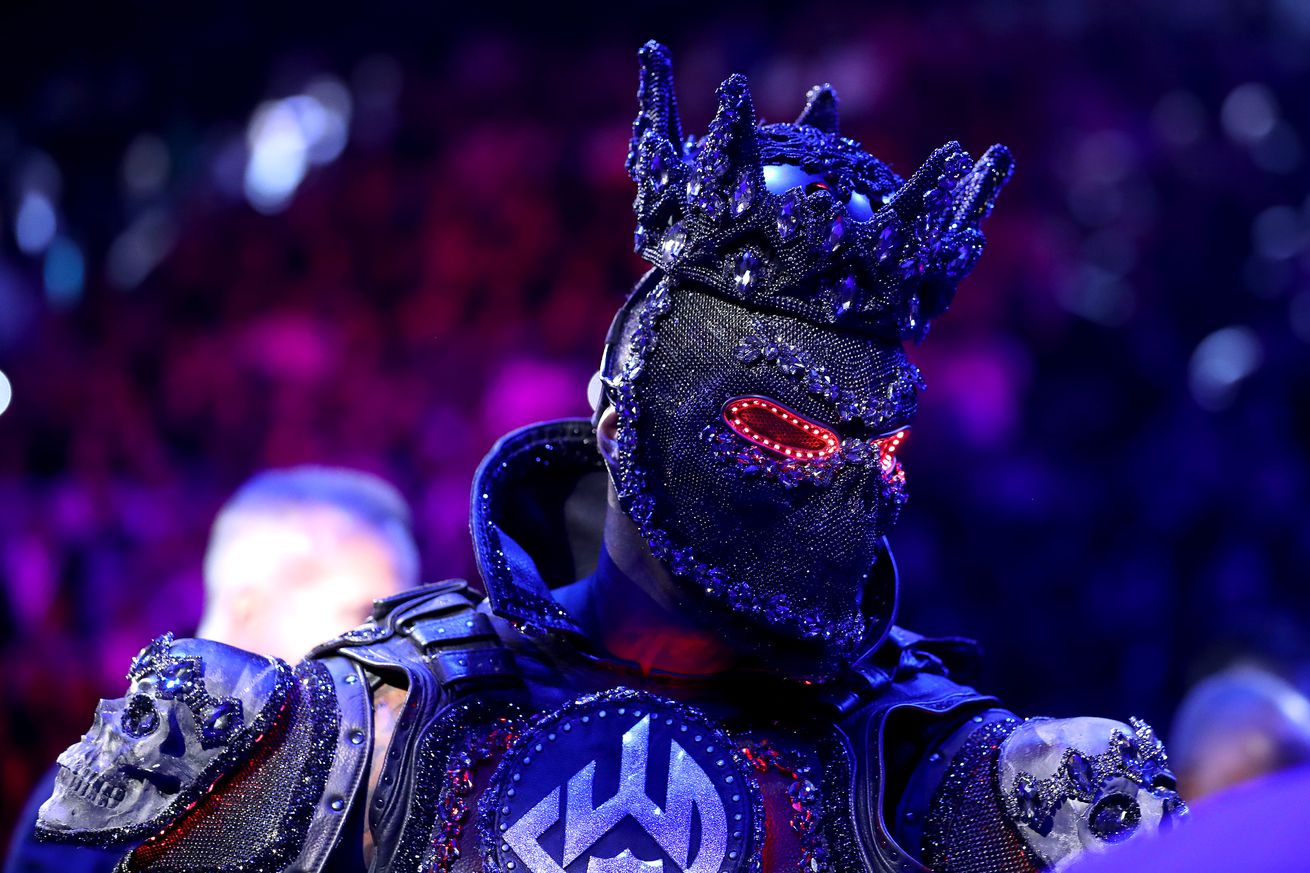 Wilder continues to insist we didn’t see the real him in his rematch with Fury.

Former WBC heavyweight titleholder Deontay Wilder doesn’t seem to be taking his first official loss so well, nor should we really expect him to. But almost nobody expected to hear him blame his entrance costume as the reason why he lost to Tyson Fury in February. During a PBC podcast yesterday, via RingTV, Wilder maintains that everything which went wrong in the Fury rematch occurred 15 minutes leading into the bout.

Wilder refused to detail some of those specifics at this time, saying he’ll divulge that information at some point in the future, but that anyone who knows the sport could see something was off with him from the moment he took off that mask.

“You don’t go backwards, you more forwards, and that night, I wasn’t myself. There’s a lot of things I can’t say. We can only get stronger and learn from situation and get better. In my eyes, I don’t see Fury as a champion. It’s still going. He ain’t the champion yet. We still got one more fight left.”

So while Wilder would continue by saying that he’s put the Fury loss behind him, it seems a little hard to tell by a lot of the comments he’s made publicly. Either way, Wilder acknowledges that this third fight with Fury is make or break, calling it ‘the final straw.’

A lot of fans don’t really expect that Wilder has the tools to make the necessary adjustments for Fury — particularly in an immediate rematch — but he’ll get his chance soon enough. Let’s see what he can make of it.