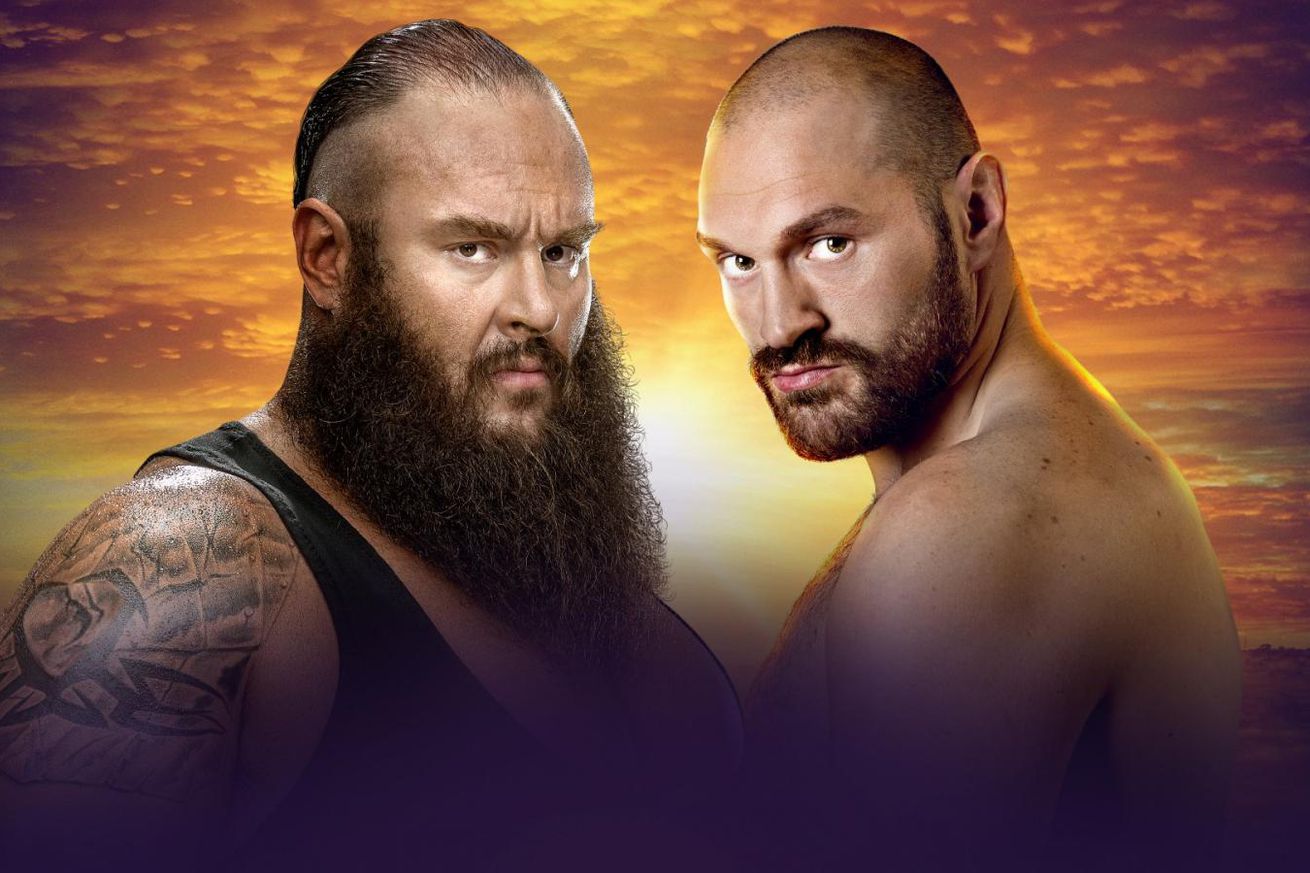 Tyson Fury makes his WWE debut today against Braun Strowman, with much more on the show.

For those of you who aren’t wrestling fans but are interested in just seeing the spectacle, there is a free 30-day trial option for WWE Network.

If you’re NOT interested, feel free to just ignore all this.

This whole thing started with Fury appearing ringside at WWE’s SmackDown on FOX premiere early this month, with Strowman throwing a grown man at him and Fury hopping the guardrail and causing a scene. The two had another confrontation the following week on WWE RAW, and then a match for Crown Jewel was officially announced.

The show will also feature Brock Lesnar against old UFC rival Cain Velazquez in the main event, plus Seth Rollins vs Bray Wyatt, the first-ever women’s match in Saudi Arabia between Natalya and Lacey Evans, a 5-on-5 tag match between Hulk Hogan’s team and Ric Flair’s team (those old farts are not wrestling, they’re just managers), and more.

If you’re not familiar with WWE big events in the modern day, these shows are LOOOOOONG, and we have absolutely no real idea when Fury-Strowman will actually go on, they don’t generally have an advertised run order like boxing or MMA shows. Lesnar-Velazquez is almost surely going last, which means Fury-Strowman could go on first or second-to-last, there’s really no telling.