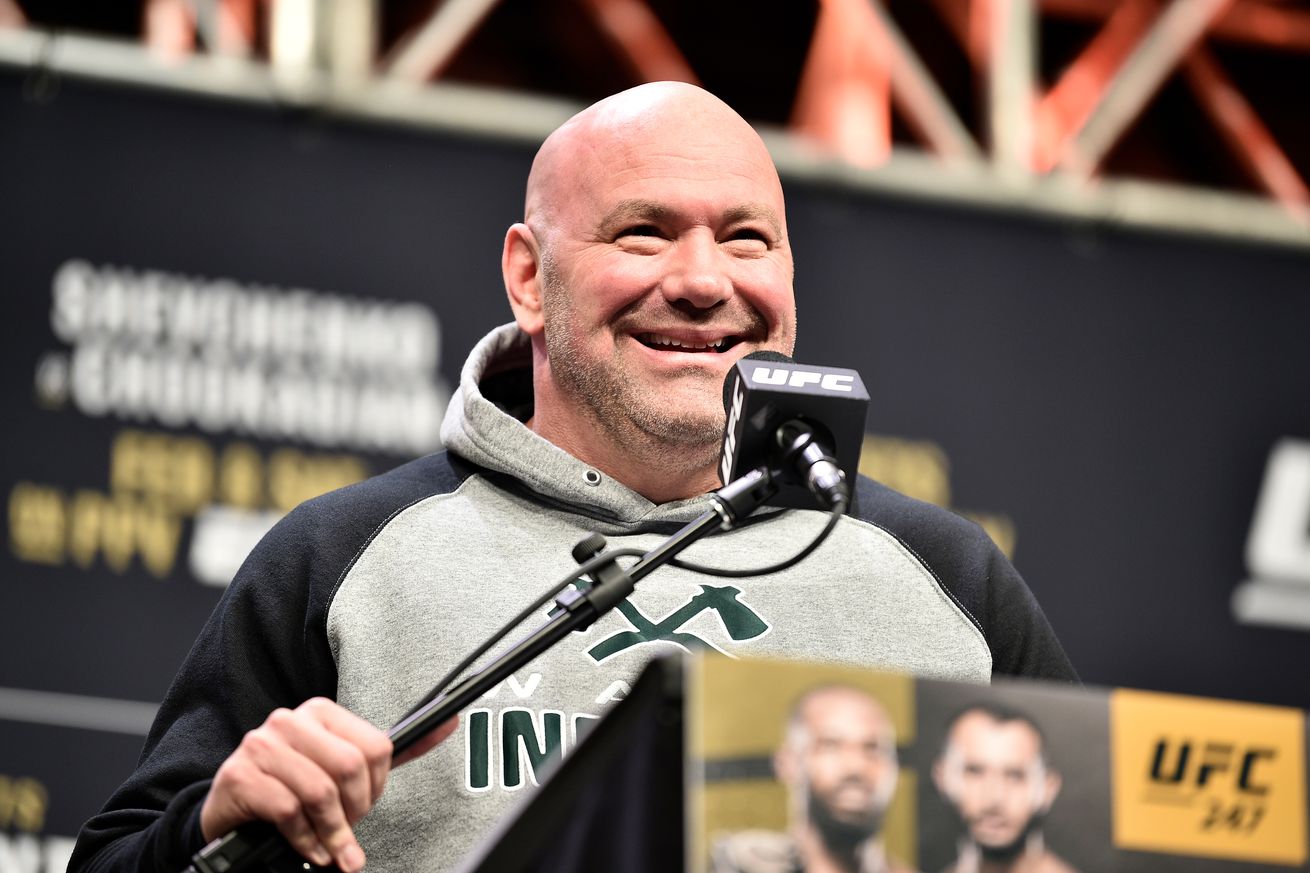 The UFC President remains determined to get his show running again as soon as possible.

UFC President Dana White didn’t get to run UFC 249 as he planned on April 18, but the promoter continues in his determination to get his show rolling again as soon as possible.

White spoke about his refocused efforts in a Wednesday appearance on Kevin Harvick’s show on SiriusXM NASCAR Radio, which may seem an odd place for an interview, but then a boxing site is a somewhat odd place to be keeping track of UFC goings-on. We’re all in a weird spot right now, and the reality is, if UFC actually starts getting back, it will further open the door for someone in boxing to try something similar, so this is important right now.

When asked what sort of precautions White was taking ahead of the canceled UFC 249, what with the global pandemic and the simple fact that MMA is a dangerous sport, period, White noted that UFC has never had a death or serious injury, and that safety has always been paramount to him.

“Health and safety didn’t just pop up around here with the coronavirus,” he said. “It’s something we are overly concerned with every weekend going into an event. I don’t sit around and wait for somebody to tell me, ‘It’s time to do this, it’s time to do that.’ You’ve got to look ahead at what’s happening out there.

“First of all, my commitment is to my employees and my fighters. I don’t want to lay anybody off, and I don’t want fighters to sit around for a year and not make any money. But I want everybody to be safe. Instead of hiding from this thing, how do you get out there and figure out how to function, yet be safe about it? My biggest problem with this whole thing is misinformation. You read one thing here, you read something different over here. Nobody really knows what’s going on. It’s been a very strange thing to deal with.”

White said again that he was set to go for UFC 249 on a closed site in California, but was asked by Disney/ESPN executives to “stand down.” He complied, but he has not wavered in his efforts to get UFC back and active, and he says he’s got his next date set.

“I was asked to not do the event, you know, by my partners, whom I respect. So I did it,” he said. “I gave them the weekend off, but we’re at the office now. I have a date now for May 9th. Listen, I’m not stopping. I have this thing figured out. The reality is, can it be done? Yes, it can be done, it’s just very expensive. It’s very expensive, and I’m willing to spend the money to do it.”

White didn’t reveal any specifics about the card, but did say he’s going to try and make it as big as he can.

“May 9th, I am going to build the biggest, best card I can possibly build. We’re working on it. My matchmakers are coming in here in a little while and we’re gonna walk through an incredible card for May 9th. I want this thing to be big.”

We’ll see how this all goes, but again, this is important to keep an eye on if you’re hoping to see boxing back any time soon. We know Bob Arum has said he’ll speak with Vince McMahon of WWE, who is running live shows in Florida after questionably being deemed an “essential business.”

There could be something there, but Arum has also been cautious so far, as has pretty much everyone else in boxing. The only scheduled show of any note right now until deep into June is a May 2 fight in Thailand between Srisaket Sor Rungvisai and Amnat Ruenroeng; that might actually go ahead, as it’s scheduled to be held at Workpoint Studio, a smaller venue that can easily be run without fans in attendance, not a big arena or anything. Other than that, the entire sport is on hiatus for over two more months.

But if White and UFC are able to make this work, though, then boxing promoters won’t be far behind trying something similar.